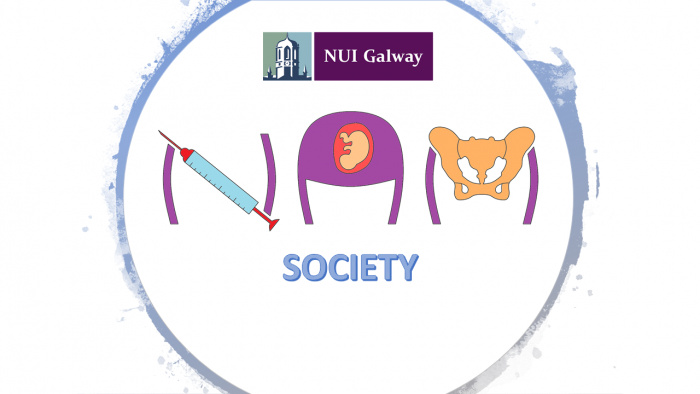 The Nursing and Midwifery Society’s first event started off with a bang with the head of Homeless Period Ireland donating period products to NUI Galway to help combat period poverty.

The Nursing and Midwifery Society (NaMSoc) held their first ever event in late March.

Auditor of NaMSoc, Hannah Flaherty, began the talk explaining their choice of topic; “For our first ever event, we knew we’d want to address important topics”.

Plan International recently released statistics that showed that 50% of girls in Ireland aged 12 to 18 have struggled to pay for period products. 55% of girls said they felt embarrassed by their period.

“I remember I wanted to go to India to address period poverty over there, when it’s literally on my doorstep,” Hannah added.

Claire Hunt then began her talk, explaining the work of her volunteer organisation Homeless Period Ireland. At Homeless Period, they donate period products to the likes of food banks, women’s centres, and Direct Provision centres.

“Period poverty affects more people in our communities than we realise,” Claire explained.

Claire argued that it was ridiculous that period poverty existed in Ireland in this day and age, “it’s so wrong that in 2021 people are thanking you for getting them pads”.

Róisín Nic Lochlainn then took over the talk and discussed how period poverty is present in NUI Galway.

Róisín explained that period poverty very much exists within the confines of college campuses;

“There are several measures in place to help with period poverty in NUI Galway already, such as if you email the Students’ Union, they will send you a period pack. However, all agree that this is not sufficient.

“Currently these period packs are funded by the Students’ Union, which is funded by the student levy fee. Róisín calculated that it would cost somewhere between €200-400 a month to provide free period products in bathrooms across NUI Galway.

“There is no reason NUI Galway couldn’t pay this, it’s the cost of one repeat fee,” Róisín remarked.

“Students are by no means rich, NUI Galway has the highest amount of SUSI recipients in the country,” she continued.

Róisín went on to explain simple things that could be done to face the issue of period poverty, ranging from surveys to education sessions.

At this point, NUI Galway’s Societies Officer Riona Hughes chimed in to show her urgency on the issue of period poverty, “the time for talking is over, let’s have it as a priority,” she argued adamantly.

She expressed to Róisín, and to all of those at the virtual meeting, that it was better to ask for forgiveness rather than permission and thinks that action should be taken as soon as possible.

She argued that someone should seek out a means whereby period products are stored on campus and can be easily accessed.

Claire Hunt loved the idea and to get the cause started she said she would donate period products to the Students’ Union, “I’m happy to donate sustainable products and kickstart the campaign”.

“I hope this year we will see things go in the right direction,” Claire concluded.