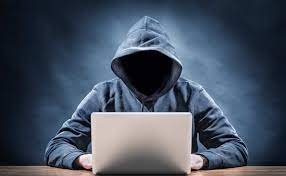 If there’s something that most people can agree on, it’s that social media has the potential to be an extremely harmful, if not dangerous place. That potential has even become a reality on several occasions. Some examples that immediately come to mind are the countless sketchy, (to put it lightly), subreddits, where people go by false names to discuss, what can be described as criminally damning, topics. It’s not hard to imagine what kind of topics are meant by that either, and in many cases, people have actually been tracked and arrested by police due to alarms being raised by other Reddit users based on what was being posted.

These are extreme examples, but one doesn’t need to dig too deep to see everyday instances of online abuse. There is already plenty of hate spread by alias accounts, where people feel that under the guise of these anonymous platforms, they are entitled to say anything. Online bullying and aggression is already an issue, so to make it impossible to trace threatening comments or posts back to the original source would be an extremely unwise move. Making it possible for social media accounts to be made completely anonymous would only enable people that have harmful intentions to act on them more freely and without consequence.

If anything, we should be moving in the opposite direction, and Twitter is currently leading by example in that regard. The social platform was updated in May of last year to alert users of when a tweet may contain misleading information. It alerts users to contents that are nonfactual, or to media material that has been manipulated, altered, or fabricated. What this means is that a user with an alias Twitter handle can no longer state something as a fact and link a fake news article to “back up” their claims without having people who view the tweet being notified that what is being said has not been verified.

We have always been told to not believe everything you read, especially if it is online and from an unknown source, this update is essentially a visible reminder for Twitter users of that fact. This change was welcomed by many online, and other social media companies, like Facebook, should seriously consider following this initiative. Twitter allowed posts to be made completely anonymously and untraceably, there would be no way of validating a source to make sure the fake news and false allegations they are spreading aren’t taken seriously. It is a crucial step towards stopping the spread of dangerous misinformation, which is still easily and rapidly spread on other sites.

The argument for making social media posts completely anonymous is based on concerns raised over protection of character, a matter which is something worth considering, but in a different way. Rather than making online claims more anonymous, we should instead be questioning how credible are statements that someone has said on social media and how much should we use their posts on an internet platform to judge their character. This is the more complex issue, and obviously the answer will vary depending on the circumstances.

Should a post made when a person was eleven, twelve or thirteen be used to judge their personality ten years later? Probably not. Should posts someone has made recently that display a pattern of being aggressive, or even violent, be taken into account? Most would be inclined to say yes. Since 2019, private messages and social media posts can be used as evidence in the Irish court, and such evidence can be very useful and important in a case. If a person is on trial for some form of anti-social behaviour, and has displayed such behaviour online, or even posted themself in the middle of the act, then that evidence is crucial. Social media posts should not be allowed to be made anonymously; people should be held accountable for what they choose to say publicly. Social media sites are a public platform and if you want to anonymously post something that you would rather not be quoted as saying, then perhaps it is better to keep it to yourself.