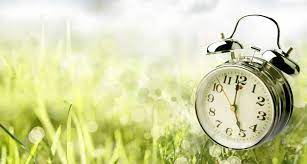 Rural Electrification, Flush Toilets, and the Women’s right to vote. All these ideas were far fetched at the time Daylight Savings were first introduced onto these shores back in May 1916.

Daylight Savings first came into the public conversation when the Kiwi, George Hudson proposed a two-hour time shift in the summertime all the way back in 1895. His fascination with this idea was brought about from his desire to hunt bugs in the summertime in the sun.

This desire for more sun hours in the day was common at this time as seven years after Hudson proposed this idea, William Willet the great–great grandfather of Coldplay’s Chris Martin independently thought up the idea of Daylight Savings whilst out horse riding.

He petitioned political leaders such as Winston Churchill for its introduction and unsurprisingly they agreed it was a good idea and should be implemented. Unfortunately for Willet, World War One was a slightly more pressing matter, and Daylight Savings was put on the long finger whilst they fought in Europe.

Ironically, Willet’s idea would be introduced but not for who or why he wanted it. As World War One continued to rage on, its effect on the resources of the German and Austro-Hungarian empires were catastrophic. The severe depletion that two years of war caused to their empire meant that they needed to innovate and try to find ways to conserve any resource necessary for the war effort.

Remembering Willet’s idea of Daylight Savings, the Germans were intrigued by this idea, but rather for its energy conservation application rather than leisure application. Daylight savings would allow for the Germans to have additional daytime while saving money and energy very necessary in a cola powered world.

The German Hungarians introduced Daylight Savings in early 1916 and were followed by almost every country around the world who thought they could also save money and energy.

Fast forward 100 years, there is electricity in the countryside, flush toilets are no longer a luxury, women can now vote and there in no global war (depending on who you ask). In modern Ireland a one hour difference in daylight means very little, most people would rather get rid of the outdated idea because of such minor annoyances as changing the times on clocks. The hour of lost sleep already makes daylight savings far too great of a sacrifice inconvenience in my opinion.

As we have mostly moved on from 20th century life, Daylight Savings should recognise its place and get with the times.