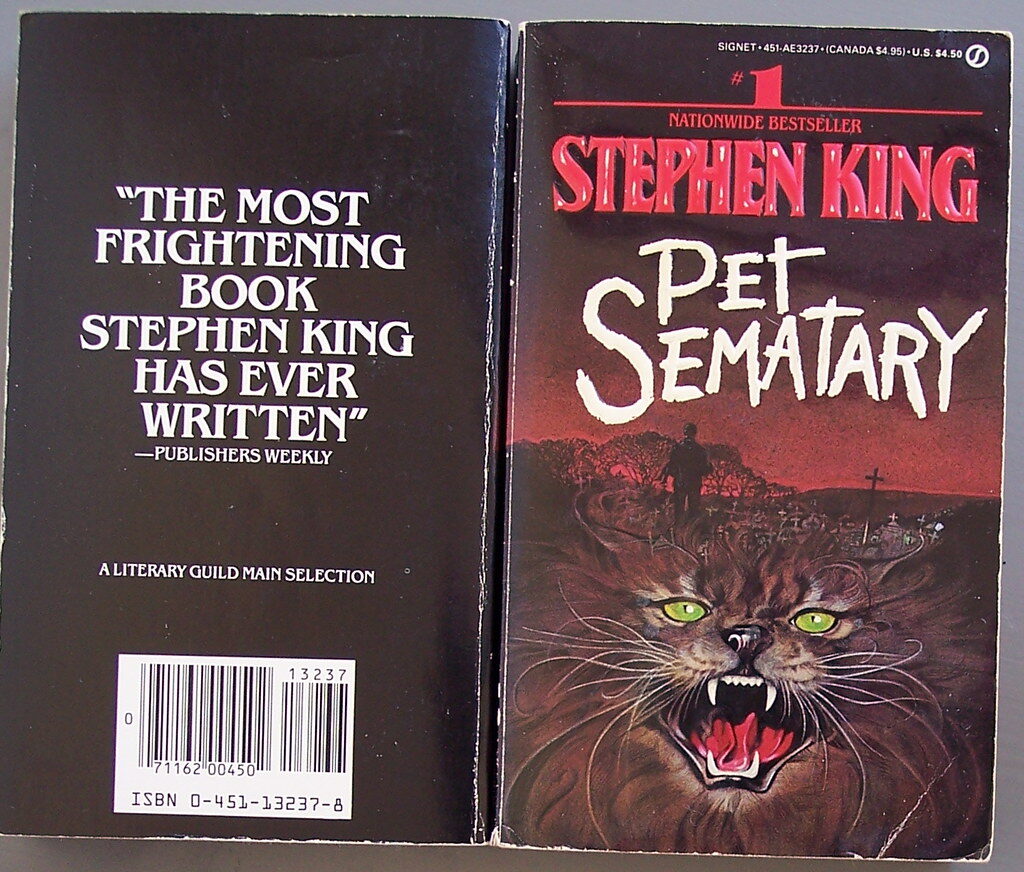 Stephen King is a name that is well known amongst readers, particularly amongst fans of the horror genre. In a recent interview with the BBC, Stephen King discussed how fearful fiction can be cathartic to us, to provide psychological relief through open expression of strong emotions.

I have to agree with this statement because I believe that reading fearful fiction is a productive way of showing our true hidden emotions that are frowned upon in the company of the public eye; emotions like anger and aggression and sadness. We let loose our secret hidden monsters when we read about the world of fiction and its twists of supernatural and magic happenings. A personal favourite of mine from King’s collection is Needful Things and in second place is Pet Sematary.

Needful Things plunges us into a world of chaos in a small town called Castle Rock where the inhabitants are bursting with curiosity as a new face comes to town with a new store. To give a brief insight into why it holds the top place; it feeds our hunger for learning if evil truly exists, and we find deep satisfaction with how easy it is to manipulate a human into doing things they wouldn’t normally do. Things that would be considered criminal, but it’s easy to manipulate such people when they think they need something, when the case is that they think they need it. It’s rather complicated to explain, an equation that seems complicated, but when you take a step back and break it down then it eventually becomes clear, but it would be easier if you picked yourself up a copy and read it yourself!

Pet Sematary takes on a slightly different approach, but in keeping with the idea of the supernatural, this novel takes us on a journey of life, death and then reincarnation. In the book, the bodies of dead humans and animals are sent to the infamous Pet Sematary.  Those laid to rest at these spooky burial grounds possess the ability to return to earth in their same body form, but with one major alteration; their intentions are purely evil and often cause them to inflict harm upon others, with death being their true intent.

Part of me believes that there is a life after death, but reading this novel fed into my hidden belief that reincarnation isn’t purely good, that some things are better left for dead. In that particular universe it is possible, and it brought me relief that the victim’s reincarnation brought out the monster that lurks inside of us all. Perhaps there are two of us stuck inside the one form and it takes death to bring out our evil side that was dying to get out.

In Stephen King’s interview he stated “We understand it’s not real with the monsters! A lot of people enjoy horror stories because it allows them to express their anxieties in ways that don’t have anything to do with the real world, it gives them a chance to experience emotions that are not allowed in a polite society like anger or fear or aggression and when you see it or read it, it allows us to test drive those emotions.

When you have something real, for example Coronavirus, they are real anxieties. A thing that really interests me is that a lot of books came out around that time that dealt with that particular issue. One by the name of End of October that deals with the pandemic that’s eerily like what we’re going through now”.