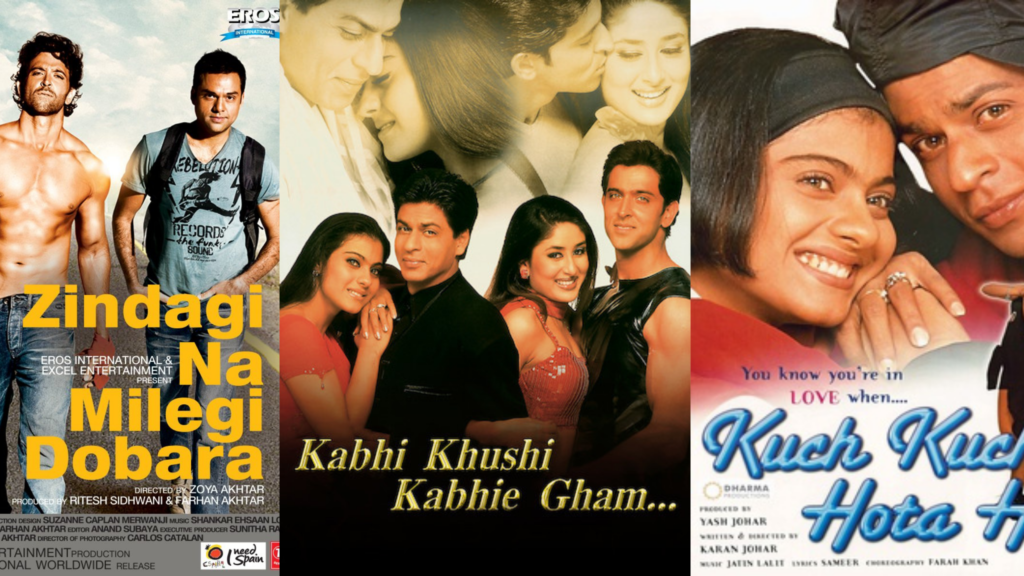 When you think “Bollywood” what do you see? A faraway land, a different language, a tragic love story? While all true, this is just the surface. Bollywood, a mash of Hollywood and Bombay (the colonial name for Mumbai, a city in India), is a riveting cultural expression through cinema. It’s the floating of beautiful, coloured saris, multiple intricate dances, and singing sequences. The tear-jerking storylines tell tales of falling in love through speech and through sight. It is a perfect blend between fairy-tale and reality. This multibillion-dollar industry produces anywhere between 150 to 200 films a year, much more than the big shots in Hollywood. Bollywood movies allow us to have a little taste of the rich Hindu culture and I can tell you once you give it a try you will not be disappointed.

Over the last couple of decades, Bollywood has gone through a number of changes. Once famous for melodramas, exaggerated scenes and regimented character tropes, filmmakers have moved towards more naturalistic storylines, while still keeping their authenticity. Don’t get me wrong several Bollywood classics are loved for their dramatics and extravagance. For instance, take Kabhi Kushi Khabie Gham. A story of forbidden love, it follows the life of the son of a stringent traditional man, Rahul, who returns home after years abroad and falls in love with Anjali, a girl who is far from his father’s liking. The movie is about choosing between love and family, and the severe consequences that result after. Another household classic is Kuch Kuch Hota Hai—a story of friendship, first loves, heartbreak and sacrifice. It revolves around Rahul and Anjali, who are childhood friends. Anjali, who has feelings for Rahul, chooses to forgo her emotional needs and watches Rahul and their other friend, Tina, get married. Now you might be asking why didn’t Anjali just confess her feelings to Rahul, as they had been friends way before Tina came along? I can assure you it is worth watching to find out why exactly she chose to keep her feelings secret. This is one of my absolute all-time favourite movies.

Now if you are not into the numerous dance sequences or prolonged emotional journey or perhaps, you’re just into something more modern, then look no further than Zindagi Na Milegi Dobara. The movie is about three estranged childhood friends, Arjun, Kabir, and Imraan, who reunite for a bachelor party adventure, due to a pact they made years before. As they live out their adventure in Spain, we get to learn the complex lives of each character, why it is they lost contact with each other, and their troubled love lives. I watched this movie a total of three times, once with my entire family. It is funny, adventurous, and gives you a warm fuzzy feeling inside when you see their friendship evolve.

However, if you’re not in the mood for love triangles, and just want a movie about triumph and that inspires, look no further than Hichki. Trigger warning: this movie will make you an emotional mess. It is centred around a woman, Naina, whose lifelong dream is to become a teacher. That sounds fairly doable, right? Well, not when you have Tourette’s syndrome, and despite your qualification and enthusiasm, nobody wants to hire you. The movie touches on multiple social issues, such as exclusion due to disability, the rigged education system, poverty and gender norms. Overall, it encourages the viewer to live through the difficulties of being defined by external forces, rather than personal character.

What if you are not in the mood for complex relationships or difficult social topics, and just want something to laugh at? You are just in luck because Luka Chuppi is just the film for you. The movie is about a young couple, Rashmi & Vinod, who want to try a live-in relationship before getting married. The only issue is that Rashmi’s father is a traditional politician who is strongly against the new movement of live-in relations. The story unfolds as the couple moves to another town, fakes a marriage, then goes through several failed attempts to actually get married. It’s a story of mischief, challenging societal norms and forming new traditions.

These recommendations don’t even begin to uncover the rich expanse that is Bollywood. With more than 100 years worth of storytelling, there is something for everyone and then some. I personally keep coming back to Bollywood films because with every movie there is a sense of rising above the adversity and preserving the Hindu culture throughout time.