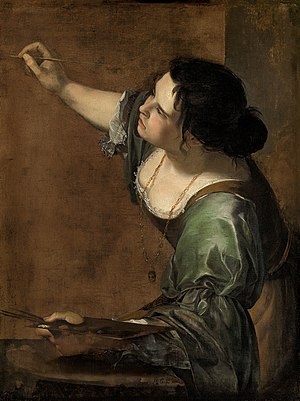 Artwork has been a vital part of culture and society since the dawn of humankind itself. Throughout all of history, from the earliest cave paintings to the modern-day abstract style, artistic expression has always been part of our way of life. Every country on every continent has a style unique to them and their traditions, as Beverly Sills said, “Art is the signature of civilisations”. Since art tradition has such a long and diverse history, it’s easy to understand how some artists might not have gotten the recognition they deserve, especially when they are among such well-known company. However, to forget their creative genius and talent would be a crime, so here are just three that through the ages have displayed skill and vision to be celebrated and remembered for.

The first painter is a woman by the name of Artemisia Gentileschi, a Baroque artist who was born in Rome in 1593. She specialised in oil paintings and, true to the period, is renowned for her use of deep colours and dramatic scenes portrayed in her work, like we see in her portrait titled Self-Portrait as the Allegory of Painting. Though she is now considered to be one of the greatest Baroque painters, it’s seldom that you see her name mentioned outside scholarly discussions. It is all too common that female artists are excluded from school curriculums, which heavily feature their male counterparts. It is only after we dig a little deeper into art history that we discover spectacular painters, like Gentileschi, with talent that easily matches, if not outdoes, their male contemporaries. Artemisia experienced this struggle to be acknowledged first-hand, and channelled the injustice she felt into her work. Her paintings depict scenes, often terrifying in nature, like the famous Judith Slaying Holofernes, which showcase the savage nature of the world she lived in. She was the victim of many attacks, physical and verbal, in her lifetime, and she turned those attacks, the darkest moments of her life, into art as revenge.

Another painter that is regularly overshadowed by other artists of her time is Katsushika Oi, born in Japan around 1800. She was the daughter of famous Japanese painter Hokusai, and they often collaborated on projects together. Even though they were never in competition with each other in their lifetimes, history can’t help compare them and their works, with Hokusai usually being the recipient of more praise and recognition. However, Hokusai himself said that in technical aspects of painting, Katsushika outshone him. If the word of one of the most influential Japanese artists of all time isn’t enough, one needs only to look at her eye-catching paintings to realise just how skilled Oi was. She is recognised by her use of traditional Japanese motifs and how she depicted them from her own point of view, just like in her Cherry Blossoms at Night painting. This unique viewpoint gives onlookers a more personal glimpse into moments in time captured through Katsushika’s eye. Her Display Room in Yoshiwara at Night is a great example of this. Her bold, block colouring is what makes her style so recognisable and really makes her stand out against other painters of the time, making her talent definitely deserving of more global recognition.

The final painter takes us up to modern day, and his name is Kehinde Wiley. He made history in 2017 when he became the first Black artist to paint an official presidential portrait and was personally requested by Barack Obama himself. Kehinde is known for his style of portrait paintings, which is both realistic and otherworldly. He uses famous portraits as an outline but replaces the subjects with famous black figures, like in his Napoleon Leading the Army Over the Alps painting. All of his subjects are set to a variety of statement colourful backgrounds, like his Willem van Heythuysen painting set to a red and gold patterned background. In Barack Obama’s case, he was set to a lush green background which features the flowers of Chicago and Hawaii as well as African blue lilies, as a nod to the former President’s heritage. Heritage and identity are two things that resonate with Wiley and are huge inspirations for his works. Rococo, Islamic and African art are all contributing factors to his final vision. His paintings, like the other two artists, are the product of a strong sense of self-identity, that when paired with skill and talent create distinctive works of art that are often more masterful than they are recognised for. It’s understandable that we might miss a few great painters in the grand scale of things, however these are just three that definitely should not be overlooked or  have a blind eye turned to.