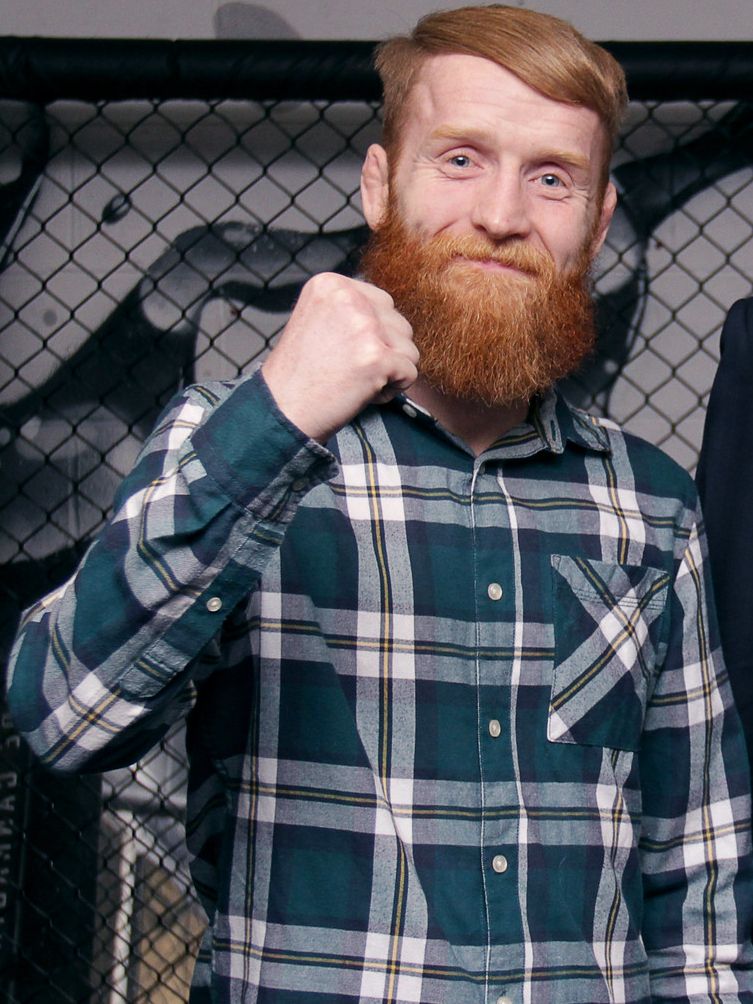 Paddy Holohan announced recently that he would not be renewing his membership of Sinn Féin and will now sit as an independent councillor for South Dublin. This article looks back on the background of the Holohan controversies from when they first broke over a year ago.

Four weeks before the General Election of 2020, then-Sinn Féin councillor and former MMA competitor with the UFC, Paddy Holohan came under fire for remarks he made on his “No Shame” podcast. On this particular episode of “No Shame”, Holohan was discussing the decision by Fine Gael to commemorate the infamous Black and Tans. The Black and Tans were reinforcements to the Royal Irish Constabulary (RIC) deployed to Ireland during the War of Independence. The “Tans” developed a reputation for police brutality including the administration of extrajudicial punishments such as murder. It is, therefore, no surprise that Fine Gael’s intention to commemorate them was met by the majority of Irish people with all kinds of emotions ranging from bewilderment to outright abhorrence.

It was Holohan’s personal comments towards Fine Gael leader and then-Taoiseach, Leo Varadkar, during this discussion, however, that sparked controversy. Holohan stated that he believed “a family man with children” would be best equipped to run the country. His comments about Varadkar were not limited to that, though. On a previous episode of the same podcast, the now-independent councillor said of Mr. Varadkar, “Leo Varadkar’s blood obviously runs to India. His great-grandfather is not part of the history of this country”. He went on, “’[Varadkar’s] an Irish citizen but his passion doesn’t go back to the times when our passion goes back to.”

Holohan’s comments about the Fine Gael leader were widely criticised on social media at the time, with many believing that his views would be more at home amongst people of a right-wing persuasion. They were clearly at odds with Sinn Féin’s pro-immigration views. Following Gerry Adams’ call for Holohan to “correct” himself “if he misspoke”. Holohan then took to Twitter, “Firstly, I would like to apologise as my comments may have offended people as I of course did not intend to do so.” Sinn Féin leader, Mary Lou McDonald said her party had insisted on an apology and “[Holohan] has apologised”. McDonald stopped short of seeking a suspension of Holohan’s party membership.

Mary Lou McDonald, however, moved to disciplinary action and suspension days later when further comments made by Holohan on his podcast were unearthed. This time, underage girls were the target of his comments. In response to a guest on his podcast suggesting that some women may seek female-only fitness classes because there are predators out there, Holohan said, “Now, saying that, I just want to stop you on that, there is some f****** scum women out there as well. And I just want to say to you, there’s a situation that I heard during the week… somebody was underage, the [other] person didn’t know they were underage, the girl pursued the guy. Got whatever she needed, had pictures, had videos, and then said, ‘I want 10 grand’”.  He continued, “that wasn’t the first person, there was loads of them. What is that kind of situation is that that’s going on in society now? I have two sons. It petrifies me, petrifies me that somebody could turn around and say I’m literally just going to say that you attacked me if you don’t give me 10 grand”. Holohan then switched his target to female victims of sexual violence and bemoaned the fact that men seemingly aren’t allowed to “joke” about sexual assault whereas women can.

No matter what way you look at that comment from Holohan, there is no doubt he was shifting the blame onto victims of statutory rape. These are comments that one would be more accustomed to seeing on the social media account of a member of the #notallmen brigade. A spokesperson for Sinn Féin then came out and said, “”These are not appropriate comments to make and are not the views of Sinn Féin.”

The dust had seemed to settle and Holohan served his five-month suspension. The following June, however, Holohan was nominated by his party colleagues to become a candidate for mayor of South Dublin. Sinn Féin said it was “not aware” of such a move and their housing spokesman, Eoin Ó Broin, expressed his dissatisfaction with the move, “The judgement of councillors was very, very poor. It wasn’t the right choice.” Holohan ran but was not successful.

Just after Holohan offered his support for a hair salon-owner in Balbriggan who breached Covid-19 guidelines by unilaterally opening her shop, the news broke that Holohan would not be renewing his party membership citing complaints with the party’s investigation into him. He referred to his treatment by Sinn Féin as “highly unfair”.

A few questions need to be raised following this whole affair. Although Holohan believes he was railroaded, what punishment actually came his way? He still had the option to renew his membership of the party just like Mary Lou McDonald and Eoin Ó Broin have. Also, what can Sinn Féin and other political parties learn from this whole debacle?