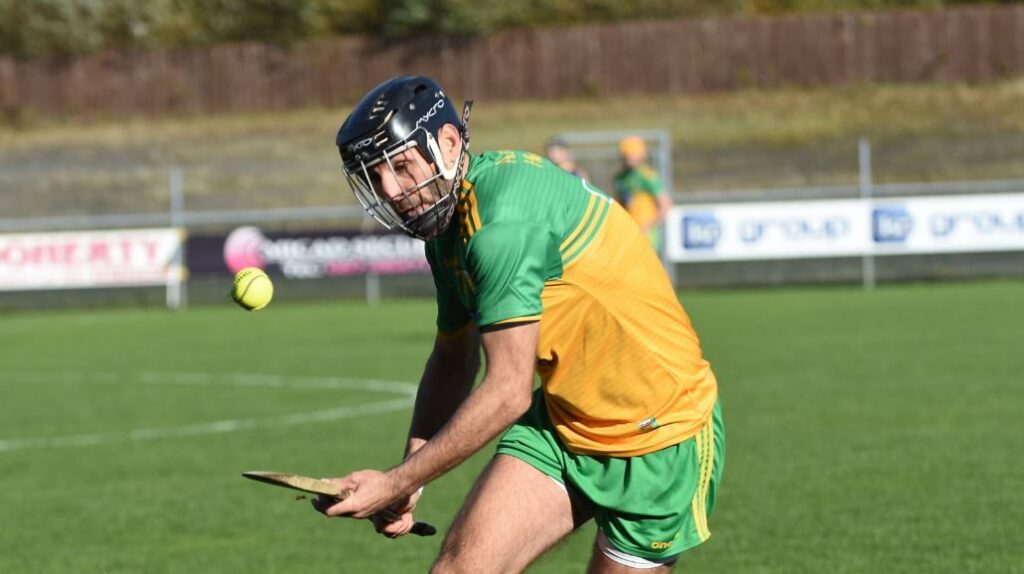 2020 was the most successful year in the recent history of Donegal hurling, as the Seniors captured a League and Championship double for the first time in their history.

Mickey McCann’s men were in red-hot form on both sides of the 230-day gap between fixtures, with a strong Allianz League campaign culminating with the men from the Hills securing the honours against Armagh on March 8th.

Some ring-rust was on show in the Nicky Rackard Cup clash with Longford on November 24th, but Donegal shook those shackles off convincingly as the competition progressed.  When the full-time whistle blew, cheers filled the Croke Park air as they toasted a swashbuckling 3-18 to 0-21 final win over Mayo, with many in the panel hailing it as one of the crowning moments of their playing career.

However, you wouldn’t know it by looking around you.

On the same day, about 90 minutes up the road from Headquarters, Donegal’s footballers suffered a shock defeat at the hands of Cavan to relinquish their grip on the Anglo Celt.  The upset dominated the bylines and back pages of media outlets within the county.  In examining local media, you would find triple the coverage of that result than the one which yielded silverware hours earlier.

Joe Boyle scored 1-1 from wing half-back for the hurlers that Saturday in Croke Park.  The Burt clubman has seen it all as Donegal hurling has made steady progress in slowly climbing the rungs.  That said, for him there’s a lot more to be done.

“Those days are long gone, but we’re still a predominantly football county who are trying to challenge for Sam Maguires and Ulster titles.  There are more clubs coming in and it’s on the way up, but there’s a long way to go.”

The recent hurling past in the North-West is one which will likely strike a chord with many in other counties, where the ‘second’ code plays second fiddle to the dominant one.  With stories of threadbare sides and ringing around for players on the morning of a game, you would find tales that read right out of the Junior B playbook.

“You would’ve heard stories from a while back of teams going to play an inter-county hurling game with 13 men on the bus.

“I’m not going back seriously long ago either; I had a lad texting me after the Nicky Rackard final talking about how things have changed since then.  We were going around a few towns ringing men up to play.”

Boyle is a player who performs in both codes at club level, and also has won an Intermediate football title with Burt in 2016.  For him, the atmosphere and the support surrounding their victory was notably different from the crowds for hurling clashes.

“I obviously value all the success in hurling, but the year we won the Intermediate it was very strange.  There was a different feeling around it within the club because no-one expected it.  The crowd in the O’Donnell Park stand was huge for the games.

“I could probably name 99% of the people that are going to a Donegal or Burt hurling game, whereas you would’ve got neutrals at the football final, you would’ve got families heading off to it.”

While the current state of play is streets ahead of the bygone days, parity in many counties isn’t quite there.  The footballers’ dramatic upturn in status from making up the numbers in Ulster to one of the nation’s top sides has garnered much of the front and back pages.

However, the hurlers haven’t stood still and have proven themselves in their own right, earning their stripes in the battle for recognition.   However, if the ‘second’ code is to kick on, a mixture of increased media coverage and underage coaching is vital per seasoned veteran Boyle.

“If you went into primary schools, they could name you 15 county footballers off the top of their head and they couldn’t name two hurlers.”

“If you were to look around the county, as far as I know there’s one coach in the county dedicated to hurling.  With the size of Donegal, that’s not good enough.

“You also look at media coverage.  Someone looks at a cover of a ‘paper and sees Michael Murphy and Hugh McFadden.  They obviously want to be like them and rightfully so, but a bit more promotion would be amazing.

“We’ve played in Croke Park.  We’ve won an All-Ireland medal, albeit at a lower grade, and at the end of the day, we’re playing to the best of our ability.”