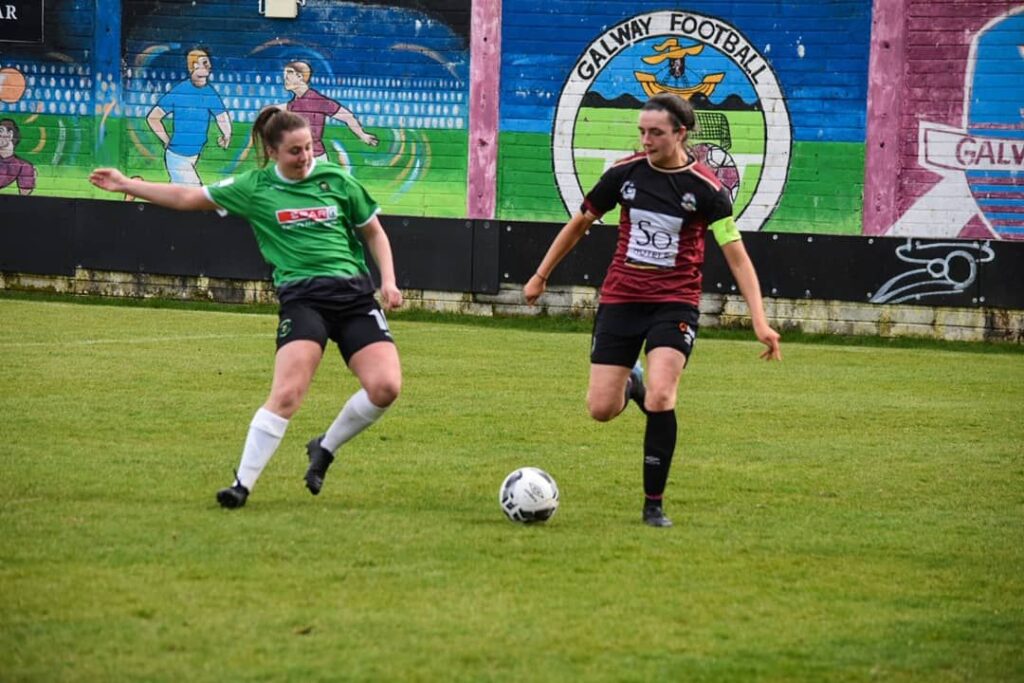 It’s often been said that absence makes the heart grow fonder, and that has certainly been the case for all affiliated with Galway WFC as they await the curtain raising on the 2021 Womens’ National League campaign.

It’s no easy opener for Billy Clery and his charges either, as the visit of one of the traditional big sides of the division awaits.  Cork City have been one of the sides in and around the top half of the table in recent seasons, and three points on the board after Matchday one will be seen as top priority by both sides as they lock horns in an intriguing fixture for all involved.

It’s likely that the squad coming from the banks of the Lee will be a largely changed one, and somewhat of an unknown quantity given the wholesale changes that have occurred within Rónán Collins dressing room in recent months.  Many of last season’s players have departed for pastures new, with the likes of Lauren Egbuloniu and last season’s captain Maria O’Sullivan all heading Stateside for 2021.  Irish international Éabha O’Mahony is another who will be heading across the Atlantic in the Summer.

However, their biggest loss is without a doubt star striker Saoirse Noonan.  Noonan was a phenomenal player in the green of Cork City, reaching the status of club top scorer by the age of 21.  Her switch to Shelbourne will be a hammer blow to the system.  The management team have expressed their intentions to give much of their talented under-age crop to the first team and give them their chance to shine at Senior level.

One team who has certainly not been shy of giving their youth players a chance to shine in recent years is Galway WFC.  The majority of the Westerners side is built on youth, and in that respect nothing has changed.  The latest in the conveyor belt of under-age talent is Kate Slevin.  Slevin has shown her pedigree at underage level, captaining last season’s Under-17s to success, and has already displayed her ability in pre-season, slotting home a penalty against the reigning WNL champions Peamount United.

The new faces in the backroom team for the season are surely going to be a boost for Saturday’s hosts, in particular the addition of Dave Bell.  Bell’s experience at the top table is immense, having guided Shelbourne’s ladies’ team to second in the league.  The new assistant manager will be a huge help to Clery as he attempts to guide his new side to the summit of the league.

Whilst I believe that there may be enormous potential within this Cork City side, it may take them a few game-weeks to get their feet on the ground and for their squad to settle.  Their pre-season form has shown glimpses of potential.  However, there is no way of dressing up 6-0  and 4-0 defeats to Peamount Utd and DLR Waves respectively.

Despite this, I believe that Saturday’s clash will be a tight affair, and should Galway WFC have their house in order they’ll have just enough to win this one.

Recently departed sharpshooter Saoirse Noonan opened the scoring after 19 minutes in the last game of the Womens’ National League last season, making it a brace for herself before the changeover.  Aoife Thompson scored late, late in the day to breathe a bit of life back into the game and give the Rebels a scare, but ultimately when the final whistle was blown, Galway were leaving Bishopstown empty-handed.