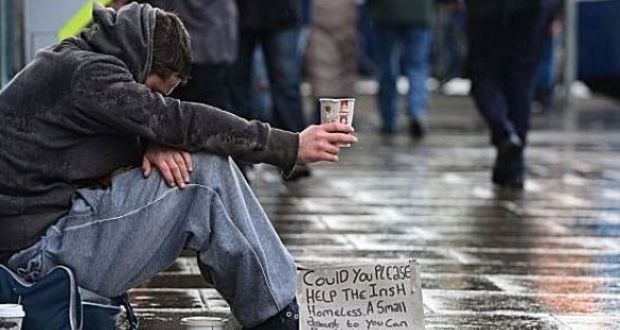 Over the past year we have become acutely aware of the vulnerability that many in our society are faced with. The elderly and sick have been at the top of the list to protect, prompting global lockdowns. However, also sitting in that category are the homeless. An already marginalised faction, they have long been on the edge of our collective psyche. For all its gloom, 2020 was a year where the homeless and the necessity for action on their part finally became a priority, spurring changes and immediate action from Leo Varadkar’s government.

In 2019 the homelessness situation in Galway was described by the Simon Community as the worst since its foundation over 40 years ago. This is reflective of the rental hikes in the private housing sector.  Measures were put in place last year to protect those at risk of eviction. These include a rent freeze and a moratorium on evictions in March. This meant there was a temporary block to homelessness and, for the first time in a while, there were more people exiting emergency accommodation than entering.

Spurred on by increased awareness of the disastrous outcomes if Covid-19 was to spread to the homeless shelters, a drive was ignited to provide independent housing and additional supports to the homeless and those at risk of homelessness. The pandemic facilitated a momentum swing in the fight against the crisis and the falling numbers of those in emergency accommodation in 2020 suggested a new wave of optimism.

Meaghan Hynes, a communication and advocacy officer for the Galway Simon Community, explains that it was thanks to inter-agency work that many of these positive outcomes were achieved, a lot of which are still seen today.

Meaghan says, “last year there was a lot of collaborative work between us, the local authorities, and other agencies as well. It was an inter-agency collaboration, and everything happened very quickly. So, when the pandemic began, all our resources were pooled together to ensure people weren’t sleeping rough on the streets or that the addiction and homeless services were able to adhere to social distancing guidelines.”

The Simon Community have eleven full-time rooms and some crash beds in their emergency service in which Covid-19 would spread like wildfire were it to enter. Much of the work done to try and minimise the risk of infection was done by moving those in emergency accommodation into houses that posed less of a risk to their health.

This was a short-term strategy that successfully moved many out of emergency accommodation. However, as Meaghan adds, the reduction does not reflect the number of people accessing Simon’s services in Galway, which remained at a sustained level, “While there was a decrease in emergency accommodation, we didn’t experience a decrease in our services.”

In addition to that, the January report on the number of people accessing such services saw a rise in the number of adults seeking shelter. Although relatively small, the jump from 209 in December to 220 in January shows an upward trend that could suggest an unwinding of the progress made last year.

There is still hope, however, as much of the work done between charities and agencies has continued into 2021. Meaghan says, “There still is a lot of collaborative work going on, maybe not at the same pace but we still work inter-agency. We work quite closely with other services in Galway and the west to make sure we can provide a holistic support to our clients. So, while it’s not at the same pace as it was at the beginning of the pandemic, it’s still there and we definitely have built on that and brought it forward into this year as well.”

With the eviction ban and rent freeze set to end in tandem with the lockdown next month, it’s a worrying time for those on the verge of homelessness. Last year’s combined effort is a glimpse at what can be done when teamwork is used to chase a single goal. The effect has been positive but how long can that be sustained? There is still much to do to and, with the looming economic fallout of successive lockdowns coming up, the fight against homelessness in Galway is far from over.