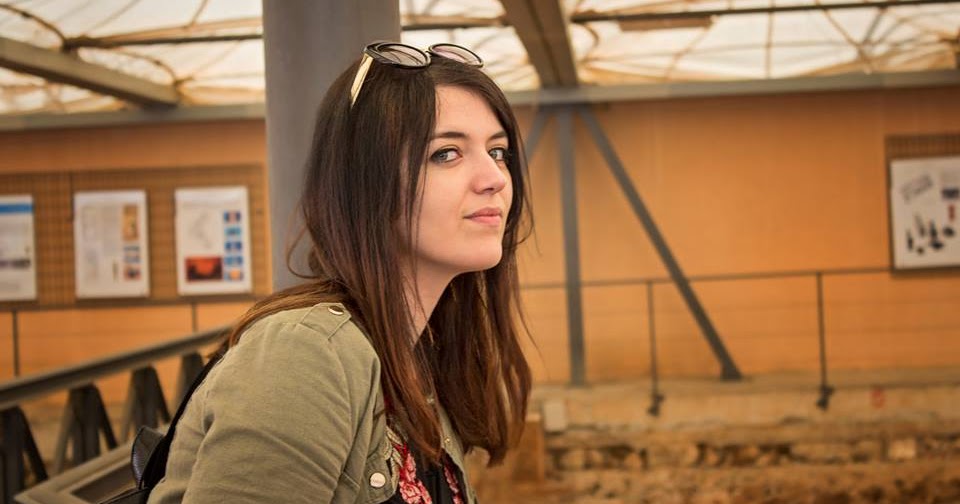 Why are we obsessed with death? The public just can’t get enough of this interesting fate that concerns us all. Death is a fascinating subject for some and morbid for others. Juliette Cazes is a French woman who specialises in thanatology, the study of death. In 2009 she began studies in archaeology and anthropology (classical and biological), focusing her interest and fieldwork and research on funeral practices. On her website, Lebizarreum.com and YouTube channel ‘Le Bizarreum’, she talks about death, thanatology, and excellent pedagogy traditions. With a personality mixing Goth and Baroque, she bewitches everyone interested in death and the funeral. In 2020, Juliette published a book, Funèbre! about death and its rites worldwide. We spoke with Juliette about her fascinations.

Thank you, Juliette, for accepting this interview. You are dedicated to making death a normal subject and break the taboo around it. Tell me more about how your passion for it started and your background?

Thank you for having me for this interview, I am really happy to cross the borders! I had an early interest in everything related to the funeral world. As a child I was obsessed with archaeology and in particular mummies in museums. I am fortunate to have parents who are very open minded about this subject and they always took me to the museum where at the time they bought me VHS tapes of Egyptology. I showed this interest at a very young age and over time have maintained it. As a teenager I was also in a universe that looked like what I liked, and soon enough I made sure to go to archaeological digs before entering University. I was not necessarily comfortable in the French University system, but I stayed a few years to study archaeology and anthropology. In France, research is quite difficult, there are few resources and, above all, few stable jobs. So I did two years of study in tourism and for five years I was a logistician of scientific expeditions. This allowed me to travel and specifically to continue in parallel to see how it was at the level of funerals abroad and to visit a dozen countries. An experience which upset what I thought I knew and above all which allowed me to use what I had learned in anthropology class. I have been independent in my work for a year, I am learning to be my own boss.

How was your 2020? You’re a busy and inspiring woman. Tell me about how things evolved for you over the past two years?

The last two years have been pretty crazy. Two years ago, I was working full time in the travel agency where I was and 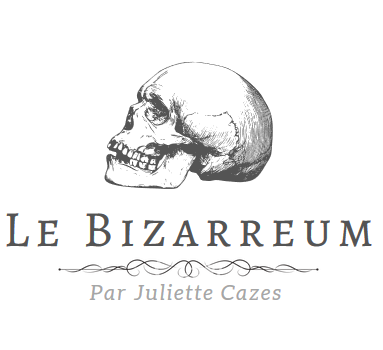 in my spare time I worked around thanatology. It had been two years since I created The Bizarreum, but for the first few years it was difficult because a lot of people made fun of my work around death. But I kept going and believed in my project from the start. Over the past two years, I have been able to give lectures, participate in collaborations with museums. In 2020, I quit my job to become independent and I also graduated in the funeral industry. This is to have more knowledge in professional terms, but also to feed my research and reflections. The number of subscribers has exploded both on YouTube and on my other social networks with the media coverage that goes with it. It’s quite unsettling when we have an interest that has been mocked for a long time and suddenly our work interests. Fortunately, I have always said that even if it doesn’t work, I will do it for myself. In the end, the French-speaking public is there.

You have a brilliant YouTube channel called ‘LeBizarreum’ with more than 48,000 subscribers, your videos are subtitled in English, and you bridge the gap between the academic and professional world of death for the general public via videos, podcasts, articles and conferences. What is your motto and your goal through this hard work?

Initially I wanted to make Le Bizarreum something that looks like me. In France nothing comparable existed so I started very simply. I didn’t have the budget to have video equipment and I didn’t even have a computer. I was doing my videos on my phone and also editing. Little by little I saved to have better working tools, but I am self-taught in terms of video editing. I wanted to meet people like me too, the first echoes I had came from foreign countries and in particular from England. They were much more receptive to my work than the French at the start. But this can be explained by many factors. My goal is above all to have fun and especially to share what I discover and my vision of death. A subject which is not taboo for me and besides, people loosen up quite quickly when they meet me: everyone has something to say on this subject. Everyone has their own experience and especially the study of death brings together many people from different professional backgrounds. It’s a very rich subject and the fact of sharing also allows me to meet lots of people which enriches my daily work. The Bizarreum also helped me to be myself. Before, I tried to be more classic and I hid my work around death in society. I clearly felt weird. And The Bizarreum is the mix of the word Bizarre and the word Museum. Now I have confidence and above all I agree with myself. I am 31–years old, but you have to imagine that at 23 or 24 it was much more difficult for me to assume this interest even if I have always listened to myself. But The Bizarreum showed me that I was not alone in taking an interest in and working on these questions!

Funèbre, your latest publication was a great success in France. Tell me more about the process of writing it and the responses you got from it?

It has been my dream to write a book since I was little girl. I have always said that I will stop The Bizarreum the day I publish a book. But in the end, it happened very early and it makes me want to write more.

I wrote my book at the same time as I was working, I took advantage of lunch and evening breaks in my small studio to advance my text. I had defined the chapters around subjects that I knew either thanks to the trips or because I had studied them a lot. It is an introduction to the funeral rites of the world to show people all the diversity of practices. The funny anecdote is that I wrote the majority of my book on the floor on a plaid with piles of books around me. I ended up buying a desk the day the book came out. But it was a challenge, with my publishing house we were not sure that the subject would interest. In the end, it’s a huge surprise. I made the choice to write as I speak, which may displease people formatted in academia. But even though I do independent research, my goal is to talk to people first and foremost. To all the people.

The lockdown has been brutal and difficult for most of us in the world. How did you cope with it, and what kept you inspired?

For me, it was an opportunity to quit my job and concentrate on my research. Being very homey when I’m not traveling and especially very lonely in everyday life, I concentrated on work. The work around death was very much in demand of me by various media and above all I took advantage of the health emergency to go and train myself in the profession of funeral directors and help in the field with the dead. It was very special to train during this period because we did not know much about the disease and especially as I had to learn to manage families who could not see their deceased. All of this was instructive for me but I also tried to highlight the funeral directors and certain problems within the industry such as the lack of security or the shortage of material in terms of sanitation. I also took advantage of this moment to continue reading a lot, interacting virtually with people around the subject. But it was difficult. What inspired me is above all the books, films, subjects that I came across and the idea that creating content allows me to express my creativity too.

What are your inspirations? People you admire and look after?

My parents first. Then I have many inspirations from both real people and fictional characters. One of the people who really motivated me to talk about funerals in France is Carla Valentine. I find this person full of life and I admire his work and his personality very much. I still have the inspirations of my childhood, when I was younger I thought that you could really be a film character like Evelyn O’Connell in La Momie or Adèle Blanc Sec (a French comic book adventurer). But I was showered with stories from real little adventurers like Alexandra David Neel. And then another of my passions is everything related to expeditions, all these lives sometimes lost in the conquest of things that sometimes were impossible to achieve. I still have on my desk a photo of the 1924 Everest Expedition with the tragic story of Mallory and Irvine. Then I also have a fondness for all that is macabre, having been raised with The Addams Family, it makes me laugh as an adult that people compare me to Morticia because of my look although at home I have no skeleton or monster lying around!

I will continue to work in my corner, my only interactions are on the internet or in the professional context. I use trains a lot to move for work, I live with a small suitcase that is never stored. I hope to be able to lecture again, but I mainly focus on various projects with museums. I’m also considering a new book!

What books and movies or series do you recommend to get into the subject and break the taboo?

In French we have a lot of things, but I will especially recommend people accessible to English speakers as I said the work of Carla Valentine, but also the work of Claudia Crobatia with A Course in Dying. I also like the work on the curiosities of Ivan Cenzi from Bizzaro Bazar. I also love the work of Klaus Bo about death in his Dead and Alive Project!

The first step in breaking the taboo is to try to go for a walk in a cemetery, for example, or simply to think about your own end of life. It is already a big step to then complete your interests according to the books published in your language!

Thank you Juliette, you’re the gothest woman in France, and maybe, when the situation will be better, you’ll visit Ireland and discover its dark and deadly tales.

Follow Juliette at LeBizarreum on the social media and visit https://lebizarreum.com/