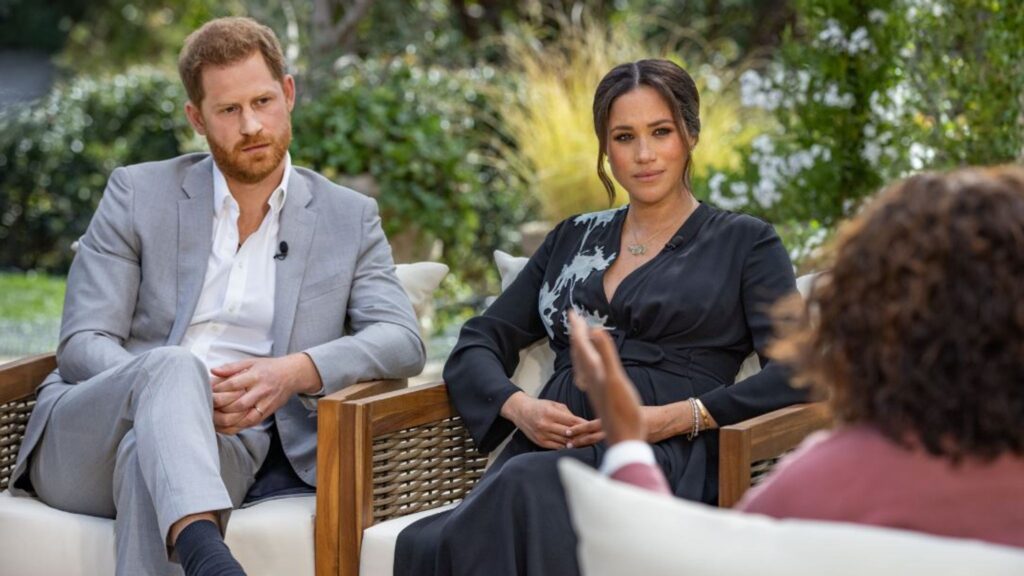 Meghan Markle and Prince Harry’s ‘Tell All’ interview that aired in Ireland and the UK on Monday March 8th and had been aired in America the previous day has really captivated the English-speaking world, and it has created more damage for the royal family. It is now the interview that everyone is talking about, and it has made social media explode.

The Royal Family really are a fascinating soap opera that the whole world follows, and a family that the media has stalked for decades. When I saw that Oprah was going to be interviewing Meghan Markle and Prince Harry about why they left the royal family, I instantly made sure I knew when and where to watch it, as I knew it would be captivating and would be all over social media the following day at the latest.

When people heard of this interview, many would have just instantly thought ‘Here’s Meghan crying for attention and trying to cause more drama’, as this is what the British media want us to believe, however many of us were taken aback after watching it, and finally saw the pain Meghan suffered in her own words. The pain she suffered was almost solely because of how the British media portrayed her and how many media figures in Britain were determined to destroy her character, as they have done with many others who have been in the public eye in Britain.

The double standard the British media have shown towards Meghan and Kate is ghastly. When Kate eats avocado toast, she is praised for her good taste in breakfast, while when Meghan eats avocado toast, they link it to deforestation, drought and human rights abuse. This double standard is so obvious it’s laughable, although it was one of the many negative headlines on Meghan that made people automatically think of her in a negative light.

The British media is full of cowards. When we see Piers Morgan, who has constantly bashed Meghan and complained that she ghosted him, we then see Alex Beresford challenge him on his comments on Meghan Markle and “how he continues to trash her”. This then caused him to storm off set when live on air, and the next day when asked to apologise by ITV, he stood down from his own show. This shows how cowardly one of the most famous journalists in Britain is, and when he is proven wrong, he storms off and stands down from his show.

When Harry said in the interview that both his brother and father are “trapped within the system”, and how they all fear the press attacking them if they say anything, it really shows us how this very rich and famous family are simply voiceless. They have absolutely no privacy and the media have complete control over how they are perceived by the general public, and this makes doing the simplest and most normal things like going for a walk or meeting up with someone next to impossible for them.

Despite how the media has attacked Meghan, it’s fair to wonder if a family fallout should be done so publicly and if she was wrong to do the interview. I would say she was right to do the interview. She was right to tell the world the effect the media had on her mental health and how they made her feel like her life was not worth living. Harry saw what the media did to his mother and he realised that Meghan deserved better.

So, when we wonder if it’s right for a family fallout to be done in such a public manner, we must remember that if one of the royal family members is seen doing almost anything, it is on the front page of many newspapers. This makes it impossible for a royal family fallout to not be very public. Even though I believe that this interview has done a lot of damage for the royal family, I don’t think it will stop people being captivated by their lives and by the newspaper headlines about them. They will always be a captivating family, because the idea and concept of royalty, really is something that fascinates so many of us.