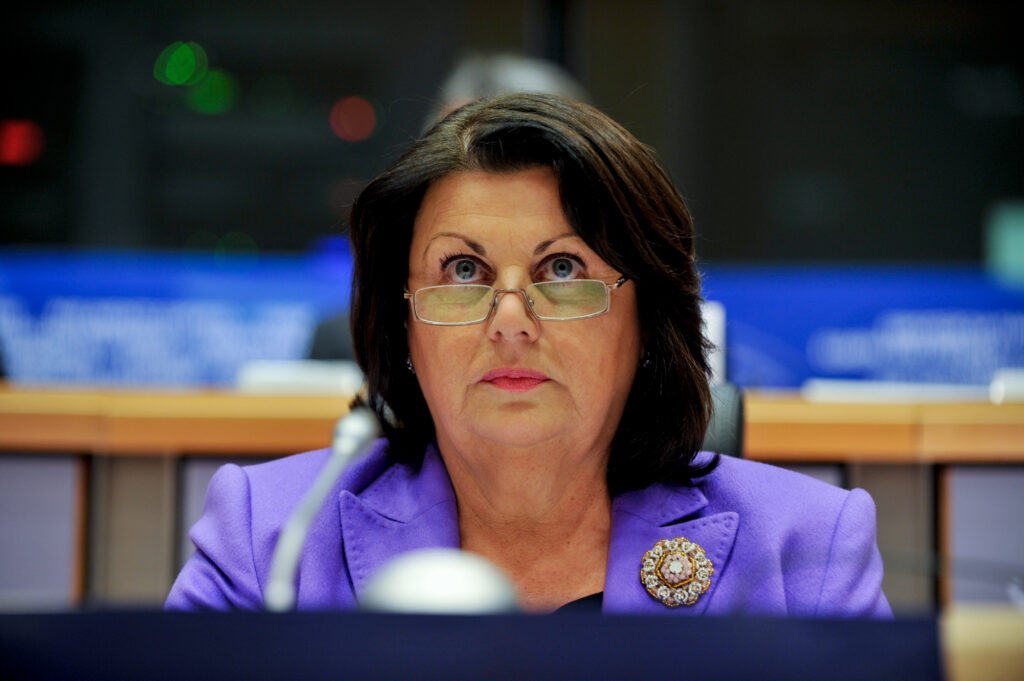 Dr Geoghegan-Quinn was selected unanimously at the first formal sitting of the new Údarás in late February and began her four-year term in the role on the 1st of March,

The Údarás is the University’s governing authority and guides the strategic direction of the University over the course of its sitting.

Elections to the body took place earlier this year.

Dr Geoghegan-Quinn brings a wealth of experience to the role having served as Minster for Justice from 1993 to 1994i n Albert Reynold’s Fianna Fáil government and has held other senior cabinet positions in her career, notably Minister for the Gaeltacht and Minister for Youth Affairs and Sport.

The Carna woman also served as Irish European Commissioner between 2010 and 2014.

The 70-year-old was awarded an honorary doctorate of Laws (LLD) from NUI Galway in 2014, and is a graduate of Carysfort College Blackrock where she qualified as a teacher,

Speaking about her appointment Geoghegan-Quinn said it was an “honour”, and spoke of the need to create a diverse and creative scholarly community within the University:

“The honour in this appointment is obvious. So is the scale of the task. The pandemic has accelerated the urgency to create a new kind of University that accommodates distance while creating a community of scholarship, creativity and ambition, that combines respect with openness to new and different thinking, that sees diversity as a strength and as a never-ending project.”

President of NUI Galway, Professor Ciarán Ó hÓgartaigh, spoke of his delight with the appointment of Dr Geoghegan-Quinn and that she possesses all the attributes to make an excellent chairperson:

Professor Ó hÓgartaigh also praised Dr Geoghegan-Quinn on her vast experience in the area of public policy, stating it will serve as a “huge asset” to the University in implementing strategic plans such as the Shared Vision, Shaped by values initiative.

“Dr Geoghegan-Quinn’s wealth of experience and knowledge nationally and internationally, in public policy and reform, in research and in diversity, will be a huge asset as we set out to implement our strategic plan Shared Vision, Shaped by Values, which she helped develop, and as we ensure good governance of our University and strive to deepen existing connections and build new relationships.” he finished.