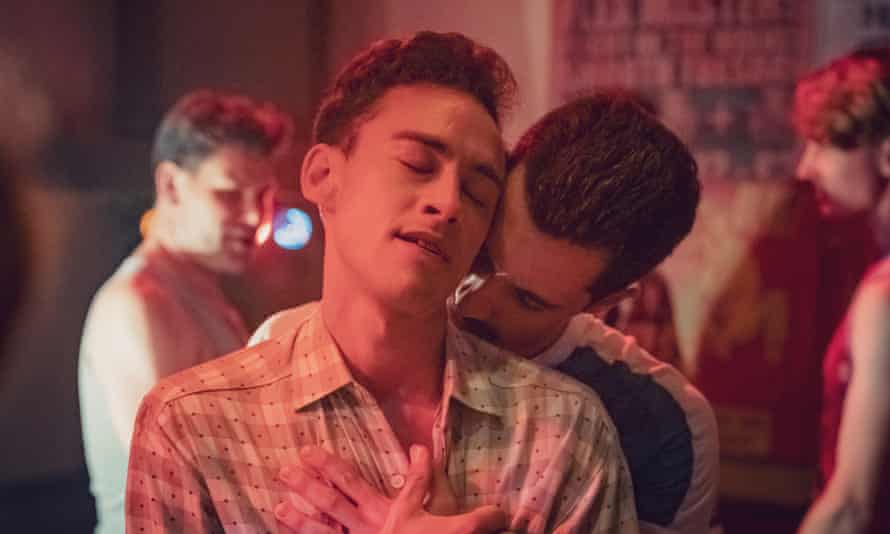 Sure, to be one of the most talked about shows of 2021, Channel 4’s It’s A Sin has opened the eyes of a new generation to the HIV/AIDS crisis of the 1980s. Set in London, the series follows four gay men, Ritchie, Ash, Roscoe, and Colin, and their flatmate Jill, as they come of age. We watch these characters navigate life with disease, homophobia, and death during the AIDS crisis over the span of several years.

While the first episodes of the show capture the joy and liberation of the LGBT scene in London in the 80s, it’s not long before the characters are confronted with the shocking arrival of AIDS. Creator Russell T. Davies perfectly portrays the fear and panic of the unknown disease as it takes hold. It’s hard to contend with the cruel treatment AIDS victims suffered. Since no one knew how the disease was transmitted at first, those infected were treated as pariahs, not to be touched or even treated with the slightest bit of dignity, even as they suffered.

It’s A Sin plays a vital role in highlighting the gaps in our education on HIV/AIDS. Sexual education in Ireland is hugely lacking in general, and it particularly fails to provide any education on LGBT issues. While we obviously cannot rely solely on television programmes to learn, It’s A Sin has sparked a conversation on the AIDS crisis and the lasting effect it had on a generation of LGBT people. Although it’s set in the UK, we can imagine how terrifying that time must’ve been in Ireland too, where being gay was still illegal and the Catholic Church had a hold on the country’s ideas of morality.

It’s A Sin’s impact has also had a more material outcome: requests for HIV testing in the UK increased fourfold during HIV Awareness Week, which was held at the beginning of February, not long after the show’s release. And although the show conveys the hopelessness of a time where there was no cure and no future for AIDS victims, there is now hope for those who are diagnosed. They can have full, long lives despite their diagnosis. Medicine like PrEP that eliminates the chance of contracting the disease, also provides even more opportunity for hope.

It’s A Sin is a must – watch for anyone, no matter their age or their sexuality. It is an upsetting but deeply human story that is sure to have a lasting impact on a whole new generation. It has already been a catalyst for discussion around the AIDS epidemic that will hopefully continue beyond its short five episodes.