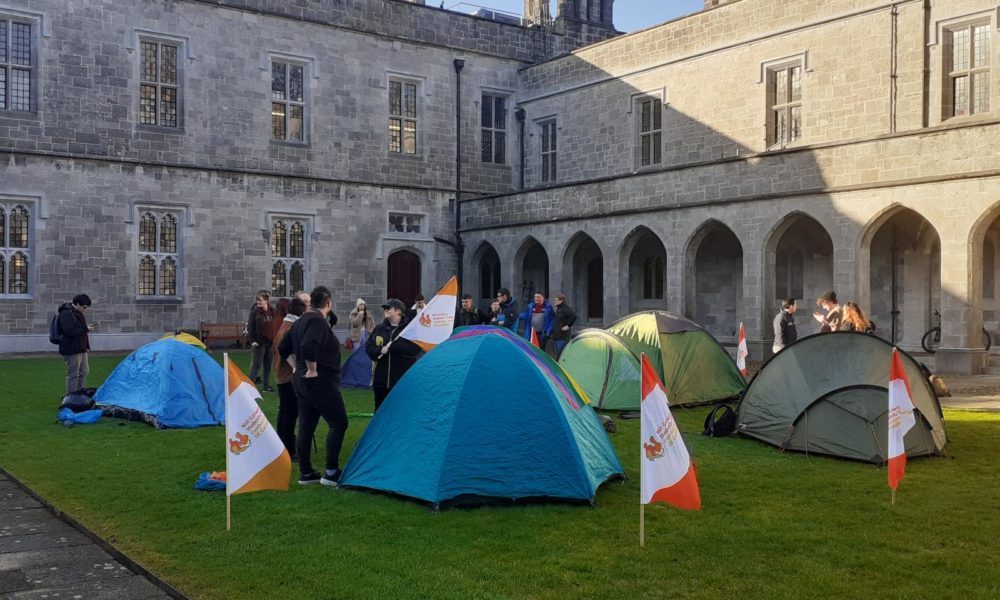 Protests are just a matter of time.

As a third-year student at NUI Galway, I can admit with a heavy heart, that I have lost a particular element of love for the university I was once so glad to attend.

This is solely because of the choices and actions NUI Galway management have made during this pandemic, all of which have shown a glaring disregard for students and their families’ financial and mental wellbeing.

I am acutely aware of the situations that transpired so far throughout the academic year 2020/21 and those we encountered during the second semester of the previous academic year.

In fact, I am so intensely aware of all of the actions undertaken by NUI Galway’s administration that I have been incredibly vocal on the issue, as should every single student that has been impacted by the choices and lack of compassion shown by NUI Galway during this pandemic.

I feel looked upon as a pay-packet – devalued as a human-being pursuing a better future, to nothing more than a source of income for an institution. I feel my passions for life being commodified and sold off, my drive for study disregarded and manipulated. My dream of a better future being shoved to the back burner in exchange for all of my parent’s hard-earned income – and all of my savings too. All gone.

The worst part of all of this? I am not alone. Thousands of NUI Galway’s students have been incredibly vocal each time NUI Galway makes a decision that stands against its students. Students on Twitter have tweeted thousands of times with the hashtag ‘#RipOffNUIG’, so much so that it has trended in Ireland on multiple occasions.

Even the rapper Cardi B unknowingly shared the hashtag to her millions of followers when she reposted a NUI Galway student’s tweet who had the ‘#RipOffNUIG’ hashtag in her Twitter handle.

This year, more than ever, NUI Galway students have been increasingly aware of how little they are considered by University management when it comes to the choice of prioritising student mental health and student financial wellbeing or university finances. Each time choices as such arise in management, concern for students is put last, and finances for the university propel to the forefront of NUI Galway’s outlook.

We know this to be true as 100–euro from the 224-euro student levy goes directly to the already privatised Kingfisher Gym, which we cannot even become members of without paying an extra 250-euro membership fee.

Yet, we’re just an average family navigating a pandemic, we’re not on the poverty line and don’t qualify for extra financial supports. We’re doing our best with the circumstances we could never have foreseen nor planned for, we’re surviving, but that doesn’t mean the increasing costs of education haven’t impacted largely on our lives.

We had to prioritise our family’s future, the future my siblings deserve, and the future all of us have worked so hard to achieve. If this means we live for a while without the appliances needed to have a hot meal on our table, then so be it. We worked too hard to allow the greed of education institutions to undermine the direction of our lives.

The barriers NUI Galway administration and management have created in students’ ability to continue accessing education are growing due to the sheer costs of studying at NUI Galway and lack of compassion shown in any of their decisions.

The fees NUI Galway has imposed upon families are in no way modest. So, let me tell you this, Bursar – every action has a reaction and if you think that students will let slide all of the anti-student choices you have enabled over the past academic year, then you are so, so wrong.

We will protest. I know this from talking to fellow students. We will be loud, and we will be disruptive. If need be, we will create a media circus. We will have the social and financial justice we deserve, and we will make it known that you have wronged each and every one of us. It is just a matter of time… and vaccine roll out!