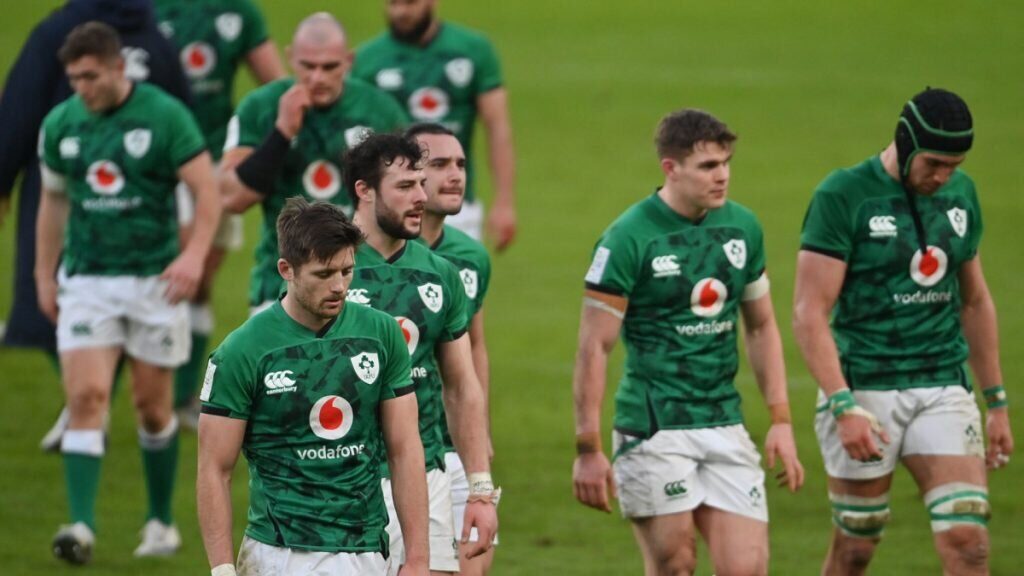 Ireland’s disastrous start to their Six Nations campaign has continued as the Men in Green succumbed to a second successive defeat, going down 15-13 to France at the AVIVA Stadium.

Head coach Andy Farrell was heavily criticised for his team selection among sections of the media, following his side’s narrow defeat to Wales on the opening weekend of the championship. The Englishman’s decision to select Ulster outhalf Billy Burns ahead of the in-form Connacht kicker Jack Carty proved disastrous at the Principality Stadium.

However, Farrell kept faith in Burns ahead of his side’s clash with a resurgent French outfit who have a first Six Nations crown since 2010 set firmly in their sights. Burns started at ten for the Valentine’s Day clash, but failed to perform once again on the big stage and was subbed off for Ross Byrne early in the second half, as Ireland trailed 15-3.

Some have pointed to a lack of presence from the Connacht ranks as a reason for Ireland’s calamitous start to the campaign. Ultan Dillane was the only Connacht player to feature at the AVIVA at the weekend , coming on as a second half substitute.

Among those who will have been disappointed not to feature is Jack Carty, the Roscommon man has been in imperious form for the Westerners this season, and a string of impressive displays in the run up to the tournament against Leinster and the Ospreys led to many fancying the 28-year old for a call up as Johnny Sexton’s understudy.

Connacht coach Andy Friend spoke of Carty’s ambition to return to the international setup, telling the Irish Examiner “He still has the ambition to play for his country. I think he is in a real purple patch at the moment.”

Former Connacht centre and NUI Galway alum Robbie Henshaw has been one of the few bright sparks in Ireland’s disaster start to the championship. The Athlone man impressed in the opening game and was crucial to keeping Ireland firmly in contention. He played the full eighty minutes against France but struggled in a backline that lacked leadership and attacking flair.

Next up for Andy Farrell’s side is a trip to Rome to face championship whipping boys Italy at the Stadio Olimpico in what looks set to be the battle to avoid the wooden spoon in this year’s championship.