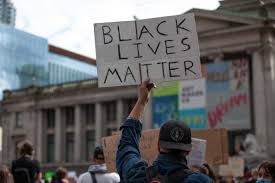 From abominable acts of violence, to the persistent prevalence of seemingly innocuous ‘micro-aggressions’, racism permeates every facet of every institution we can think of. The question that still, unfortunately, stands is – when does it end? And more importantly – how?

For change to happen, conversations about race and racism must persist beyond those who experience the effects of racism. Bashir Otukoya, Lecturer in Law at Griffith College, and member of the Action Plan Against Racism for Ireland committee, points out that this is, regrettably, the most common scenario.

“Unfortunately, it always ends up with the black person teaching the white person, which shouldn’t be the case.”

He emphasises that when working to battle racism, the onus is not on black people to invoke change.

Bashir notes that in Ireland, we often fail to acknowledge racism and end up misrepresenting it.

“Employers don’t like the word racism they prefer the terms ‘harassment’ or ‘discrimination’; schools will prefer ‘bullying’.”

He stresses that “we have to get comfortable talking about race”, and to build up a practice of calling out racism to prevent racist incidences from being disregarded.

“At some point it feels stagnant because nothing is happening, the conversation is being had but nothing is actually happening.”

Where does change begin? When speaking with Nana Nubi, lecturer at the Institute of Anti-Racism and Black Studies Ireland, she brought up the importance of education and having the Irish curriculum reflect modern Irish society.

“That one page on Martin Luther King in the history books and that one other paragraph on Nelson Mandela – there’s no information in the Irish curriculum about Black people’s contribution to society, to life, to the world.” she says.

Nana stresses that we seldom learn of anything past the struggles black people have faced historically. “So much rich contribution came from the African continent. We’ve had female warriors, we’ve had female leaders prior to colonisation.”

One of Nana’s favourite authors, Chimamanda Ngozi Adichie, talks about the “danger of a single story”. She says that if we push one side of a story, that becomes a stereotype, and the danger of this is that it becomes the only story available.

“That gives people of African descent and their white colleagues this perception that Africans are less than or inferior, this is why it is so important to have a balance within the Irish education system,” she insists.

Bashir had a similar take on this, stating: “Talking about difference should start from the crèche.”

He explains that talking about differences is a sensitive subject and that the solutions to this is to talk about it early, so we can get more comfortable with it.

“Once we begin talking about these things, we start to see what makes us similar rather than just our differences,” he adds.

However, Bashir reiterates that simply disregarding our differences by saying ‘I don’t see colour’ is unhelpful to those experiencing racism. “You have to see colour because with colour comes differences, and with group differences comes power dynamics, majority and minority.”

He expresses that failing to understand this only contributes to upholding racist systems in Ireland.

Although we are slowly broaching this in some institutions, a lack of representation is still a glaring issue in Irish society.

Pierre Yimbog, Director of Governance of ‘Black and Irish’ comments on this, saying that we need to normalise seeing Black people in predominantly white spaces. “When it is more normalised to accept that there can be a black lawyer, a black teacher, people will then realise that these professions are not restricted to one race.”

“In the last 10 years, there hasn’t been one person of colour in the Dáil.” he adds.

When it comes to representation there are certain quotas put in place in institutions to represent different genders and constituencies. The question remains: should there be diversity quotas?

Bashir spoke on this, saying: “I welcome any changes that increases representation in these offices, so if it’s diversity quotas that we have to do, then so be it. It’s worked for gender; we have gender quotas so why can’t we do it for race?”.

However, there are obvious negatives to diversity quotas, which he later highlights explaining that it would be difficult to discern if someone has been appointed based on their merits or just to satisfy this quota. Nevertheless, Bashir still maintains that: “there needs to be a system to allow us to get in”.

She says: “The Irish Travelling community are indigenous to this country but lack of representation for them in public spaces has led to their continued discrimination.”

However, she hopes that seeing an increased representation, such as the first black presenter on RTÉ, Zainab Bolandale will help inspire next generations to “occupy these spaces, because we have every right to be in those spaces, we’re human beings, we’re Irish”.

In light of the new hate crime legislation being in the works, Pierre expresses that it is important that we don’t rely on this to combat racism. “If it comes to the point where we have to legislate for hate crime, then that means that society has failed.”

He continued, saying, “The intervention governments can make is at the schools. Trying to change society’s norms and reactions so that if they have to use hate crime legislation, it’s the last resort.”

Although Irish society seems to be going in the right direction, albeit slowly, a lot remains to be seen.

Nana expressed this sentiment, stating: “The Irish people have been really open to hearing our struggles and hearing solutions. If they will actually stand up and implement it, is something I don’t know, and I am waiting to see.”

Ultimately her hope for the future is that we create an Ireland where “racists are uncomfortable” and that children are raised in a country where they do not have to unlearn racism and prejudices, because they won’t be taught in the first place.