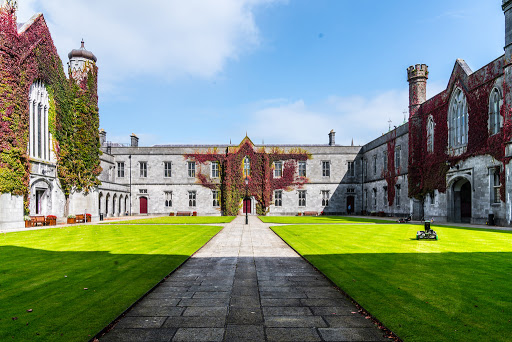 With everything we have gone through this past year: a global pandemic, a lung attacking virus, loss of loved ones, social isolation, not being able to hug our grandparents, a complete change in how we are taught, a complete change in how we are examined, in lockdown for 18 weeks in total, moving every aspect of our lives online – you would think, and hope, that we could count on our university to show some compassion, right?

Well, no, I suppose you might be wrong. NUI Galway has been in the headlines more than once this year, and sometimes, it was not for any good reason. As far back as summer 2020, students and other organisations have been calling for clarity from NUI Galway management on several issues. Most of these issues were focused on accommodation, uncertainty over timetables and the proposed “blended” approach to teaching. Nevertheless, an issue that rose to the forefront, and remained there, was NUI Galway’s approach to the exams procedure and repeat fees.

However, commencing this fiasco were the accommodation issues. In June of 2020, RTÉ published a report on the level of uncertainty among students who were raising concerns about applying for accommodation without timetables being provided.  At this point, NUI Galway had issued statements saying they would be taking a “blended approach” to teaching, with classes being provided both online and on campus. Due to this, they were advising students to find accommodation in Galway. NUI Galway Students’ Union President, Pádraic Toomey,  said,

As we now know, this is precisely one of the many negative situations that transpired throughout this global pandemic. This left many students stuck in private accommodation leases and families with hundreds of euro in losses, let alone students with aspirations of starting a life outside of the home being let down by the promises NUI Galway proposed.

All of this is significant in our understanding of all of the events that transpired over the past year, as it helps to contextualise students’ frustration. With timetables arriving late and a move from blended teaching to an online approach for most students, teaching and learning practices with NUI Galway seemed somewhat disorganised during the pandemic. This left students at a disadvantage to their approach to learning.

Why then, when it came to exam season this winter 2021, had NUI Galway decided to take a hard stance against mitigating some of the current exam procedures to allow for leniency? Why are they also refusing to waive the exuberant €295 repeat exam fee, while knowing about the ongoing financial burdens and losses families experienced this year?

The charge to sit a repeat exam was an issue that stood to the forefront last summer, with six out of the eight Galway TD’s calling for a review of the fee, and uproar from students alike. In July, Pádraic Toomey told the Irish Examiner:

“The students who are sitting these repeat exams aren’t the ones with great broadband, they had to do an exam in awful situations, they might not have had study space or a strong internet connection. And now they have to come up with almost €300 to do a repeat.”

Fast forward to December, in the middle of another lockdown situation, with more exams approaching, and NUI Galway’s stance on their exams procedure stands significantly unchanged. They still contend that the €295 fee is suitable, with one staff member having been recorded as deeming the charge “modest”.

Unlike NUI Galway, many universities across Ireland showed an amicable amount of compassion for their students in waiving their repeat fees and mitigating their exams procedures to allow for leniency in grading. Consider University College Cork, who have abolished repeat fees and offered students a chance to re-sit exams that they felt they could have done better in had circumstances been different.

Of course, this would not have been achieved without the lobbying of the Students’ Union at UCC, and other universities alike. In fact, Students’ Union leaders from GMIT, UCC, Trinity College Dublin and the Union of Students in Ireland have written to the NUIG President and Vice President to express concern’s over the NUI Galway’s opposition to the introduction of policies aimed at supporting students.

Evidently, the issue of NUI Galway’s exam fees and procedures is the site of contestation once again, and likely will remain so until the university acts in favour of the students’ well-being. With uproar from students on social media platforms such as Twitter, it doesn’t seem to be an issue that will disappear anytime soon.

NUI Galway students have managed to get the hashtag ‘#RipOffNUIG’ trending online multiple times throughout this academic year, as a form of online activism to draw attention to the issues they are facing. As a result of this, members of the public have taken to donating to the Hardship Fund for students who cannot afford the repeat fee. There is also talk on social media about starting a GoFundMe page in support of the students.

Aside from that, Galway West TD Mairéad Farrell raised the case of NUI Galway’s students in the Dáil. Further to this, she told SIN;

“I’m shocked and appalled at the response from NUIG in this matter. They have refused the two demands of the SU, namely, the waiving of the repeat fees and permission of students to re-sit their exams if they are not happy with the result. Despite Minister Harris saying he would intervene in this matter, it seems as though nothing has been done. We in Sinn Féin have now written to the Minister to find out what actions he took to engage with the University. This isn’t good enough and the Minister needs to come through for the students of NUIG.”

In addition, other Students’ Union representatives have also commented on this pressing issue. The Education Officer at UCC, Eimear Curtin who successfully implemented policies that supported students during exam season, as well as getting the repeat fees, stated:

“UCC, in collaboration with the SU, re-introduced the No Academic Measures we saw in March of 2020, including uncapped and free repeats and the option to re-sit passed modules. Although we in the SU had called for these measures to be introduced before the Christmas break, we nevertheless saw a great degree of relief from students after the announcement. We know that students are more likely to reach for contract cheating services such as essay mills if they are under stress, feel unsupported or think that this is their only option. In one sense, we will never know exactly how much students are struggling at the moment. In another way, we know exactly how difficult life is, how many additional responsibilities we all face, how financially stretched we all are. With a properly designed assessment, these measures provide space for students to actively engage and be creative with the academic content, as well as the time to put their health and well-being first.”

“I think it is absolutely unacceptable for any educational institution to be charging almost three hundred euros to repeat an exam when students are already at their breaking point. This will only have a devastating impact on student financial and mental wellbeing. We are living through extraordinary times, which already have students at an academic disadvantage. The decision to charge the fee is completely removed from the reality of students’ daily struggles.”

The university has faced immense opposition on their standpoint. And members of the student body have been vocal in their opposition to the decisions made by the university management team.

While decisions made by the UMT have been roundly questioned, other questions relating to how the university is funded have also been raised in relation to this latest controversy.

In an article for RTÉ, NUI Galway University Librarian John Cox noted that severe deficits exist in state funding for universities, noting that state funding per student has been reduced by 50% between 2008 and 2017.