Having spent the guts of the first semester trapped in a private lease in Galway City, I was only too glad to cancel it early and have it end on Christmas Eve. My mother and sister came down the weekend before the 24th to help me move out of my apartment, and we had a few lovely meals in some fine restaurants around Galway, such as McGettigans, and Lime Asian Fusion Restaurant.

I had not seen my family in so long except through FaceTime or social media, and I had spent all six weeks of Lockdown two with only one other housemate for company. So, for obvious reasons, I was ecstatic to go home and see my family and my dogs. My little brother had been studying in Poland and had returned home a few weeks before, so it was all a very exciting time.

At this point, cafes, pubs and restaurants had reopened. From social media, it seemed that most of the population back at home in Donegal were making the most of it and going out every night. I found it peculiar that it wasn’t just the young people who had been socialising again, but the elderly too.

Surely enough, I had heard stories of local pubs having lock-ins and letting groups bounce from table to table, as well as not making people spend the nine euro on the food either. These stories were bizarre to me, especially since I had come from Galway, where all of us gave our best efforts to follow the restrictions. I really wasn’t prepared for what Donegal had in store for me.

I went out for two meals in the run-up to Christmas with my small group of friends and family. There was no more than four of us at the table each time, and generally, we kept to ourselves. Noticeably, and to our surprise, both places we ate in had almost no Covid social-distancing restrictions in place. As a result of this, many people in my hometown and county caught the virus, my family included.

Like most families, we had been sat around our table sharing a cheese platter, having drinks and playing board games. On this particular evening, we had been rivalling against each other in the game of Monopoly, and it got heated as it usually would. Amidst the raised voices telling someone to hurry up and roll the dice, or someone else asking ‘Whose go is it?’, we were able to distinguish the sound of a small cough coming from someone sat at the table.

A few days later, this family member fell very ill, yet, I still had to share a bathroom with them, and our rooms were near to one another. With that said, only a few days after this sibling tested positive, so did I, followed by my mother and finally, my two youngest siblings were also positive. At first, there was anger and fear of not knowing how this virus may attack us, but we had to realise that the virus doesn’t pick and choose its victims. It merely latches onto any viable surface and attacks, so we stopped playing the blame game as it was pointless.

Before I had received my positive result, I knew that I too was sick. I could feel it in my gut – that instinct – it told me that I was not OK, that I needed rest and to keep warm. The worst symptoms I had were a severe headache and light sensitivity. I spent an entire day lying in bed in complete darkness as I couldn’t move much without my head hurting. Other than that, I only had a tickly cough that became somewhat chesty at night, and I had a slightly sore throat and runny nose.

The symptoms were pretty much the same for the rest of my family. None of us got it bad, thank god. So, we commenced our Christmas activities of board games and movies by the fire once again and waited for our isolation dates to end. It was a good bonding time for my family, as we had not been altogether in several months, and in this instance, we had no choice but to stay together, so it was better that we all got along.

As I had spent many days in bed with low energy and light sensitivity, the University kindly gave me extensions on my final assignments, which meant that once I had recuperated fully, I would have the capacity to write good essays 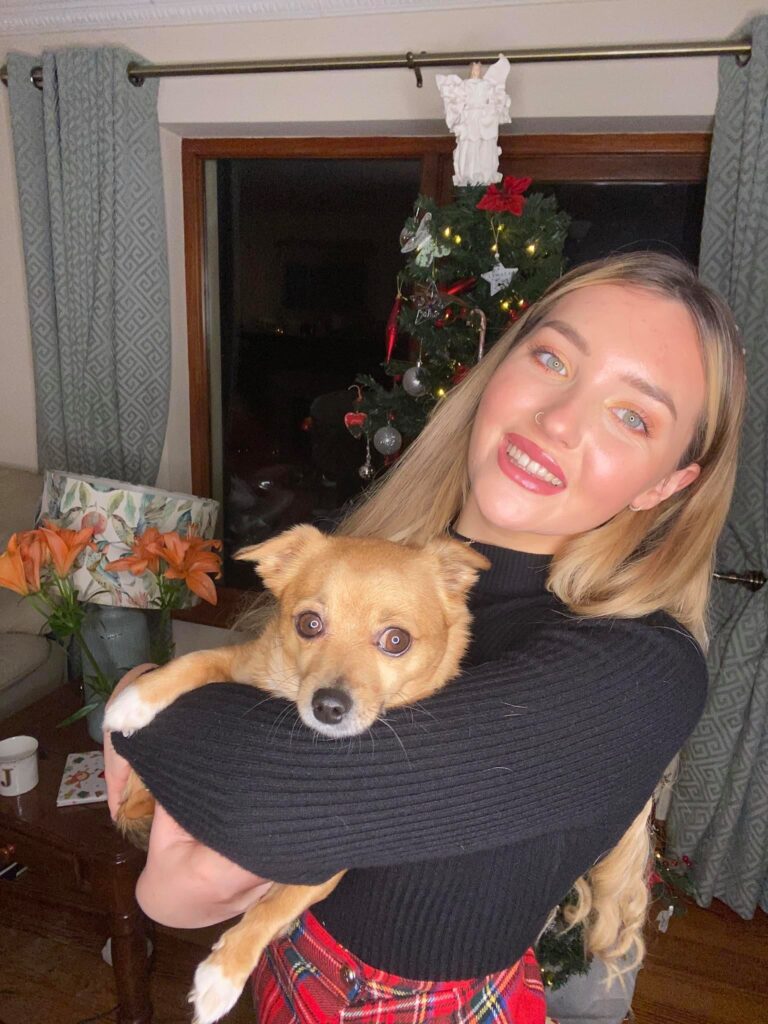 at an academic standard. While recovering, I thought it would be good to start running again, like I had done months before, when I was last home. Running again helped improve my breathing and lung capacity, although I have noticed that I now become very congested when running, which makes it more difficult. I hope with time, I will be able to run and breathe normally again.

All of my family has recovered now and gone back to our daily activities. As we are in a Lockdown once again, we are still relatively close and spending a lot of time together, which is nice. I found it funny that after spending all of 2020 avoiding the virus, we rang in the New Year as Covid-positive – what a great start to 2021! Either way, I’m hoping that’s our first and last Christmas with Covid!