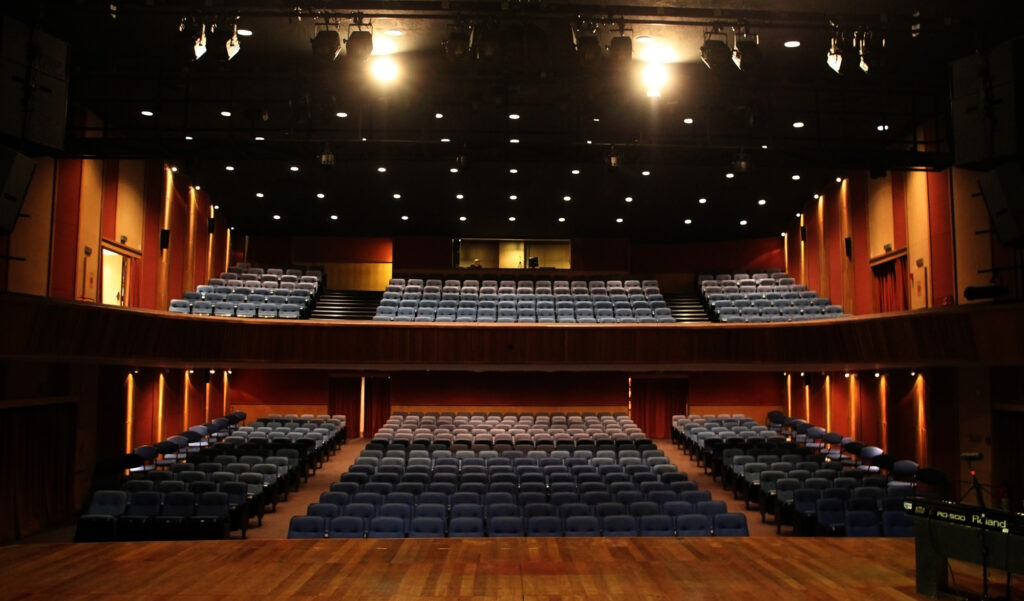 By Fiona Lee It’s an old and exhausting conversation in Ireland and around the world. As much as we enjoy, appreciate, show off and celebrate creative artists, we don’t value their work as ‘real’ work. The Fatima Advert has packaged the rhetoric of ‘it’s time to get a real job’ very tidily, just in time for the pandemic that has destroyed the entertainment industry, with little hope in sight. For those of you not familiar with the advert, it was pulled in the UK just a few weeks ago. It features a ballerina putting on her pointe shoes, captioned “Fatima’s next job could be in cyber, she just doesn’t know it yet – Rethink, Reskill, Reboot”. The campaign, which also features images of people from other walks of life, was created for UK’s ‘CyberFirst’ in 2019, which is described as “a government outreach and education programme run by National Cyber Security Centre (NCSC)”. However, very little people consider it relevant that the ad was not directly made in relation to the pandemic, as it just confirms how dismissive the UK government has always been about careers in the arts. Even our own Minister for Social Protection, Heather Humphrey, stated “Some jobs will not come back and there is no point in waiting… It is best that we help people to re-skill, retrain and look at other jobs they can take up”. As a former Minister for the Arts, this feels like a mighty blow to the Irish Arts community. I spoke to Youth Ballet West’s Artistic Director, Judith Sibley, and John Conneely, head man of a band of diverse musicians that hold residence in the Roisín Dubh on Sunday nights. They shared their experiences as artists in this time of crisis. Judith was disgusted by the Fatima advert, “There were 12 photos used in that campaign, but I think the reason the Fatima picture got so much response was because so many little girls wanted to be ballerinas when they were little, so it basically said ‘don’t have dreams’ and do something ‘practical’. As someone who has worked in the arts for 27 years, it’s so insulting. Even when I was a dancer, people would say ‘What’s your real job?’. This is my real job! I have an apartment, a car and I go on holidays. I know a lot of people struggle financially in the arts, and I stress that I was never wealthy, but I always worked and I was never unemployed.” The idea that being an artist isn’t a ‘real’ job is not foreign to John either, “It’s easy to say ‘sure look, just retrain’. It’s a historical and systemic joke in Ireland that if you’re a musician, or if you don’t work in a bank or a school, the question is ‘when are you getting a real job?’ The government’s reaction to this crisis in the arts shows that this has never really changed. “People are always happy for Irish artists, musicians and actors getting out there and banging the drum for the sake of the country, but the COVID crisis just shows how they truly value our contribution to Irish society”. Despite the comfort and stress relief that the arts give us day to day, we still take it for granted, and only realise how much we miss gigs and performances once they are gone. “When everyone went into lockdown, the first thing people did to alleviate stress was to go to the arts, be it film, TV, music or live theatre online, whatever it is, that was the first protocol. It gave people a way to cope to be able to deal with all this”, said John. The serious concern of the affects that the pandemic will have on artists’ careers is not lost on them, and John and Judith truly worry for the future of the industry. Judith especially fears for her students’ only beginning their careers as dancers. “I have cried, not for me, but for my students. I have had young dancers in their 20s calling me, working in supermarkets, that were in dance companies. It’s so hard to get into a company. “I’ve trained 40 dancers in Youth Ballet West to go on to vocational schools abroad. It is a job! I currently have two girls in my adult’s class, which is going to zoom now, that were formally trained by me and then trained abroad. One was working in Italy in a company and one was working on a cruise ship. They are going into a career that is decimated and my heart breaks for them. They worked their whole lives to get to where they are, and they were succeeding. “Some of them are trying to retrain because we don’t know when theatres will reopen. A lot of theatre companies are not highly funded, they may never reopen. These dancers will not get their jobs back. It’s devastating for them” she said.

John sees no end in sight and feels like the government is not doing enough. “The payment is grand but it’s the dole no matter how you break it down. It’s necessary of course and the COVID payment was amazing at the start of this lockdown, everybody panicked, and it was a relief. But now the issue is, when does this stop? “When do the bars open again? This payment is just a payment to the landlord, it’s for your bills and that’s pretty much it. A lot of us are in the process of writing and recording, trying to make the best of this situation in lockdown, but that being said, there is no certainty going forward. It doesn’t look like anything is going to happen until Summer 2021, and that is a very long way off. “They should be open to trying new things. We got lucky here in Galway that we got picked up to do the resident Sunday night in the Galway Summer Garden. It was like a small Body & Soul; it was very well organised and it was great. They should start exploring more things like that, but of course this can’t happen in Level 5.

“I understand the theory behind this lockdown, but it feels awful that we are all being told to stay at home and not work, when there are planes landing in Shannon airport from the US, and people from the UK are travelling back and forth all the time”. Judith is also frustrated with the response from the Irish government, especially towards dance not being considered a socially distant activity, “As far as I can see, I am an educator, as important as any teacher. Ballet is the most socially distant art form because you need to able to swing your legs front, side and back! “We’re all working in pods, our studios are way bigger than classrooms and there’s no dancing across the floor anymore, we dance on the spot. We can track and trace way better than any school. We don’t even do barre work. They stay on the spot! Parents were helping us ensure that distance was maintained in classrooms, and they were so happy that the classes could come back. “I invested so much money in my studio, I got an air purifier, an official COVID-19 sign cost me €175! I bought hand sanitiser, and paper towel dispensers that were €110 each. I invested so much for just a few weeks. We’re trying to be allowed to open at Level 3.” My brother runs a venue, An Táin Arts Centre, and he made a statement pre-lockdown saying ‘I’m delighted that we can continue our cultural activities in An Táin, with our drama and our music, but I have no understanding why we can’t carry on our ballet lessons, classical ballet is the most socially distant of art forms’. It’s a complete oversight”. The arts have been left in the cold. They have been lumped together and shoved to the side, considered a lost cause and being diminished by, once again, politicians not considering creative careers as ‘real’ or worth fighting for. We can’t lose our artists. Judith points out that no one in tech has ever been told to become a ballet dancer or a musician, because they can’t, nor do they want to. “It’s too hard a career, I think you have to be slightly mad to be an artist. Dancers don’t become dancers because they’re good at it, they become them because they have an innate need to be a creative artist. It’s almost not a choice”. Let creators create. Let them perform. If the government can push as hard to find ways to support the artists of Ireland the way they have to keep the GAA afloat, they will get amazing work done. Let’s do all we can to support the people who have given our lives the colour, emotion and joy that we all feel drained of now that they’re gone.