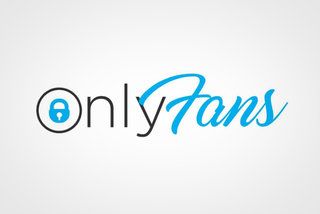 OnlyFans, a website designed by British entrepreneur Timothy Stokely in 2016 has been the cause of controversy and uproar in the sex industry. The idea behind OnlyFans is to allow influencers to ‘monetise their fans’ by way of a monthly subscription fee. The site was turned into a sort of pornography site by the content creators themselves, as unlike Instagram there is no censorship of adult content. Although other content remains on the platform, such as comedy, cookery music and fitness, the prevailing theme is pornography.

In the past few months OnlyFans has come to the fore in pop culture with multiple celebrities joining the app, including Blac Chyna, Bella Thorne and Lana Rhoades. At the end of August this year Bella Thorne generated indignation from content creators and fans alike when her so–called ‘nude’ costing two hundred dollars per person viewing ended up being a lingerie shot. Thorne earned one million dollars in a day from the site. After this incident, OnlyFans capped their extra services at fifty dollars per pay–per–view message and one hundred dollars for tips ‘to prevent overspending’ but they denied that Bella Thorne’s infamy had any role to play in this decision.

The real question is: What does OnlyFans mean for sex workers? It means independence and it means a safer way to earn a living for one. No men control the work a woman is willing to do and that signals, in the minds of some, progression for the feminist movement and the start of removing stigma around sex work. OnlyFans is already starting to be the catalyst for sex work being approved at least by the younger generations.

SIN asked an Irish content creator what her own experiences were as a publisher in Ireland, a place she describes as, a predominantly Catholic country where values still centre around modesty and virtue. She believed that Ireland was behind the rest of the world in accepting sex work as normal, but that worldwide acceptance has improved exponentially. In the next ten years, when she might decide on a different career, she hopes her history in sex work will not be a deciding factor in whether she secures a job.

She also spoke about how her view on men has changed drastically since starting her OnlyFans. From seeking validation from the men she was with to now seeing men as ‘clients’. The power that they might alternatively have had over her was being stripped away with every customer purchase.

Overall, OnlyFans having taken the internet by storm in recent months. Which may be a subject which brings forth disputes at the dinner table, but so does religion, politics, and every other altercation–inducing topic. Perhaps the most obvious step forward in normalising the sex industry for future generations is the continuous exposure to media coverage on apps like OnlyFans, TikTok, or Instagram.

Hundreds of thousands of creators make a livelihood from the app and help to normalise a taboo industry in many countries today.