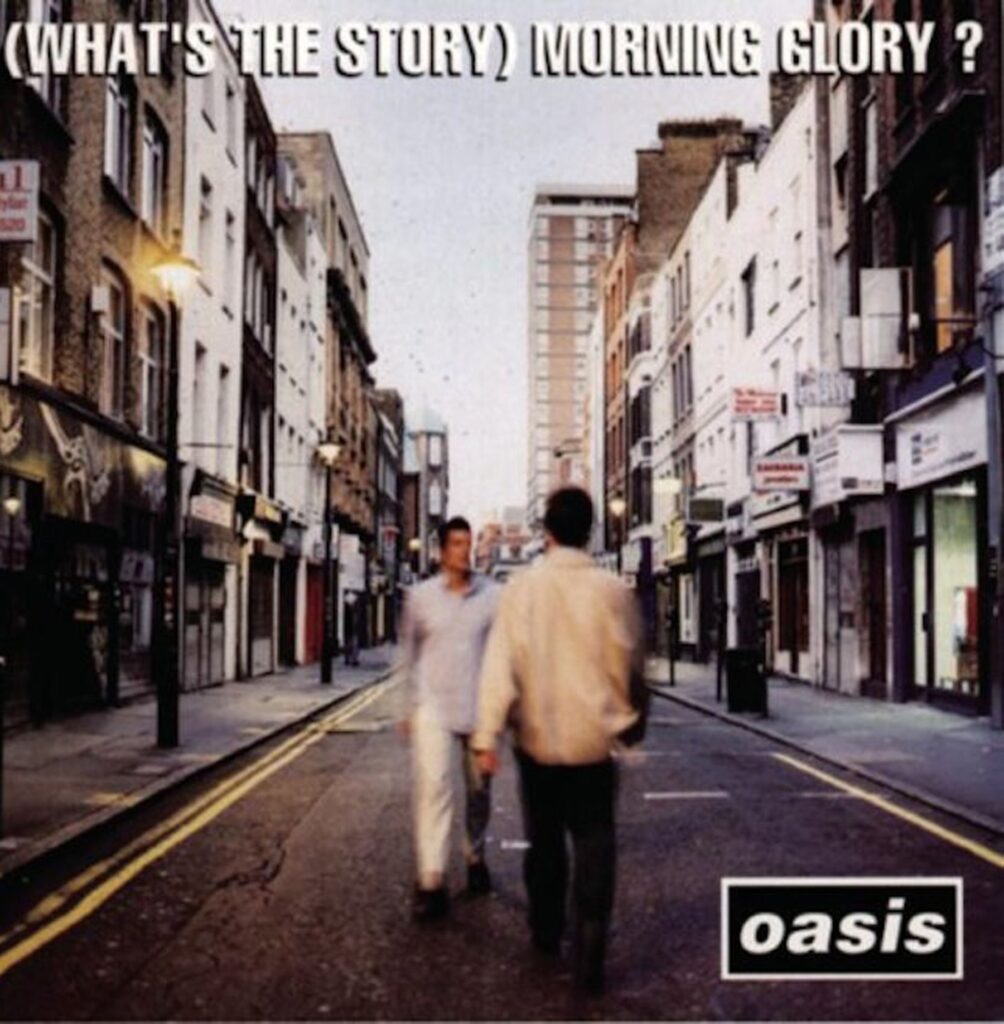 A beautiful cacophony of sounds that defined a generation. An album, the likes of which we will never hear again, in a world where any genre is available at one’s fingertips.

Oasis’ second studio album ‘(What’s the Story) Morning Glory?’ celebrated its silver jubilee this month, and a tribute must be paid to the mastery of the Manchester band , displayed so perfectly through the gravel, grit and optimism in its songs.

The UK’s bestselling album of the 1990’s is packed with memorable numbers, not mentioning the eponymous title track which unleashes an onslaught of urban grunge on the listener from the outset, the sound of inner-city obscurity, tied in harmoniously with the whirring drone of a helicopter in both the intro and outro. The wonderful rawness of frontman Liam Gallagher’s vocals throughout the track, battling the words as they leave his mouth are iconic and leave listeners longing for the mid- 90’s.

Deviating for the grungy rebelliousness of ‘(What’s the Story) Morning Glory?’; the soulful beauty of Noel Gallagher’s guitar playing prowess comes to the fore in what is without doubt the seminal song of the decade,

‘Wonderwall’ finds itself third up in the album’s track listing. In the 25 years that have followed on from its original release the opening chords of the song have been heard at every large social gathering with a guitarist in attendance. The band’s signature Northern English humility shines through, a no holes barred classic, stripped back, Mancunian brogue front and centre.  In an album strewn with belters it is without doubt the most memorable track on the album. 25 years on, it is still held in the highest of regard among fans of the genre. It will continue to be for at least another 25.

Any tribune the Britpop band’s magnum-opus could not be paid without mention of the beautifully sentimental and soothing ‘Champagne Supernova’. The listener is eased into seemingly quaint surrounds in the song’s introduction which slowly builds, culminating in a choral release of pent up sound. The track is a  poetic epic of sorts, where the catchy, somewhat psychedelic lyrics continue to baffle listeners 25 years on, however, such is the artistry of Noel Gallagher’s song writing a lack of lyrical coherence matters little to the song itself, and if anything adds to the track’s magnificence.

The equally epochal ‘Don’t look Back in Anger” is the final track on the album. The song itself, like most on (What’s the Story) Morning Glory? is instantly recognisable from the opening notes. The track has become a rallying cry over the years, and perfectly depicts the strength of human character and a never say die attitude. This was summed up in the days that followed the tragic events of the Manchester Arena bombing of May 22nd, 2017. A devasted community latched onto its melody, bringing a degree of comfort to a grief-stricken city. Its message of hope and defiance echoed throughout a packed Old Trafford Cricket Ground in the days that followed, as Liam Gallagher led the crowd, most of which not older than the song itself, in a heart-breaking rendition of the classic.

In summation, as (What’s the Story) Morning Glory? reaches a quarter of a century, it is simply undeniable that the album ranks in the higher echelons of musical masterpieces over the last 25 years.

The genius of Noel Gallagher shines through in the versatility of the album’s hallmark tracks, none of which would sound out of place at either the most raucous of football grounds on a Saturday afternoon, or the most solemn of church choirs on a Sunday morning.

With over 22 million copies sold since its release, and the continuing popularity of the album among those born after its original release in October 1995. it is hard to find a collection of music that has had an impact like it. (What’s the Story) Morning Glory? Will continue to be revered long into the future as the poster boy of Britpop brilliance.