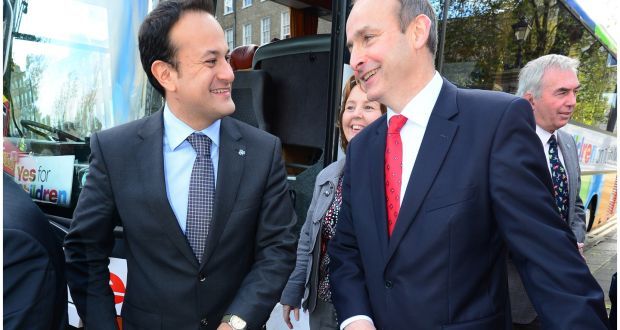 It has been a tumultuous start for this current government, with the last 100 days feeling more like 100 years and some ministerial posts having a merry-go-round feeling to them. However, it still is a historic government with what they’ve had to deal with as well as what parties they’ve been made up with.

The coalition of Fianna Fail and Fine Gael goes to show how the political landscape has changed over the decades, the two parties which held the overwhelming majority of support among the entirety of Irish independence, now having to join with the Green Party to form a government.

The breakdown of voting by age groups also does not make good reading for the government, it is highly plausible that in the next 10 -15 years Fianna Fail and Fine Gael join together as more progressive parties grow in popularity.

The Green Party may be the worst affected in this government as they have turned their backs on their votership and have folded to every Fine Gael and Fianna Fail policy since the beginning, even on the anti-environmental policy. I could easily see a huge fall in Green Party popularity in the next election if they continue to turn their backs on the voter base.

This looks even worse for the government if you think about the fact that Sinn Féin could have even had more TDs if they had fielded more candidates in many cases the party  could have got another candidate elected just from their first candidates surplus alone.

The pandemic for a while did improve public perceptions of this government, but the longer it went on as well as the rotating of the Taoiseach eroded that small bounce in popularity. The messaging has been too unclear for a lot of people these past couple of months with Varadkar speeding up the reopening of the country, which looks like it will backfire in the long-term.

This pandemic has overshadowed anything else that the government has tried to achieve and has really been put to the wayside. The biggest problem that this government will face in the coming months and could yet determine how history will look back on them is how they handle the healthcare system going into the winter months. The number of ICU beds has been a concern for quite a while and hospital capacity has been a problem for years. It would not be out of the question that something disastrous could happen in this sector soon and what has been a major problem for too long takes its toll.

The final point I want to make is how student nurses and doctors who have been a cornerstone of the pandemic response have not received any sort of state support? It really is a disgrace when everyone is thanking these frontline workers, many of whom face long daily commutes  and just barely getting by, They have been taken advantage of. This is a government of the past and the future cannot come soon enough.