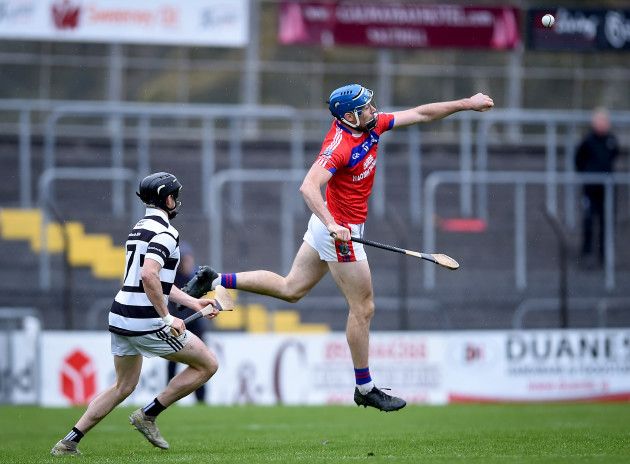 St Thomas came to the fore in a keenly contested Galway Senior Hurling Championship final to defeat Turloughmore by the slim margin of two points.  It was a result which meant that the club from South Galway wouldn’t be relinquishing their grip on the Tom Callinan Cup, taking it home for the third season in succession.

It was a game in which the pendulum of momentum swung to each side on numerous occasions, with neither side able to put significant daylight between each other.  Turloughmore were ahead as the game entered the final chapter and will be bitterly disappointed they couldn’t hold on until the finish line.  However, St Thomas showed their pedigree to summon a late surge which saw them clinch the title.

Turloughmore forged ahead early on in the clash, David Sherry’s long ball from deep found the hands of Conor Cooney, who races out in front of the defence to claim the ball and fire it into the roof of the net in some style.

The men from mid-Galway were dealt blow after blow as their opponents raced away on the scoreboard, however their grit and determination which brought them to the decider shone through, and they clawed back to level terms as referee Alan Kelly signalled for half time.

Joe Hession’s men couldn’t carry their momentum from the end of the first 30 minutes into the start of the second 30 however, and it was tit for tat in the third quarter, with St Thomas holding the slightest of edges as the fixture entered the final chapters.

Sean Loftus and Linnane raised white flags to put the men searching for their first Galway title in 30 years, however man of the match and captain Conor Cooney levelled matters for an astounding sixth time as the clock ticked into the red.  Eanna Burke and Brendan Farrell hit their opening points of the day, and they would prove to be the most crucial as they left the three in a row Champions in the ascendancy upon the shrill of the referee’s whistle.