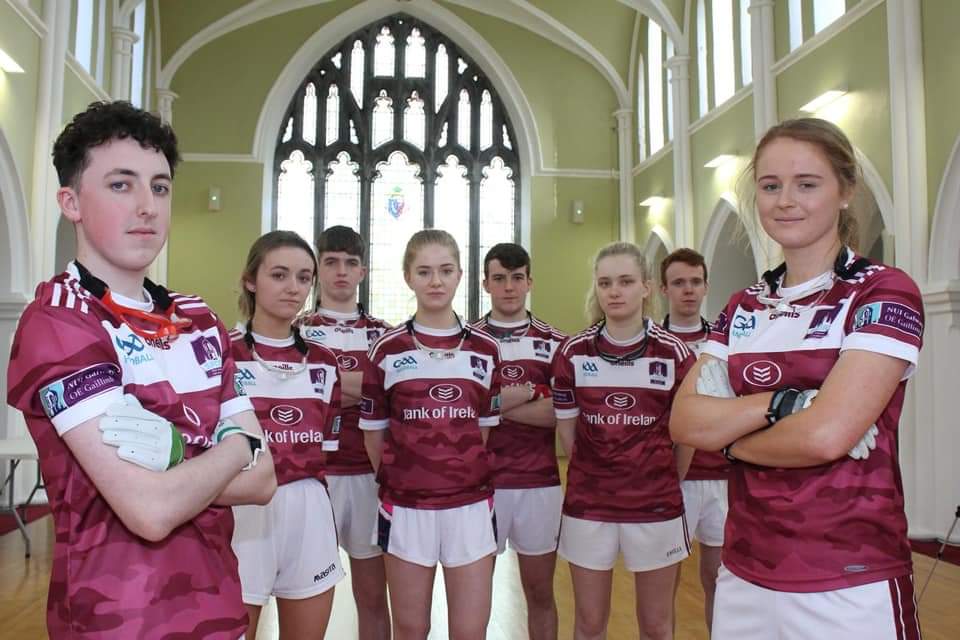 Covid-19 restrictions will inevitably be in place for the foreseeable future, and with it, clubs and societies will have to adapt to ever-changing public health advice to ensure events and training sessions run smoothly. SIN caught up with NUI Galway’s Handball co-club captain Ashling Mullin, to see how they are preparing for the year ahead, in the face of the “new normal.”

“NUIG Handball are lucky in the sense that the National GAA Handball Association have released guidelines for us to follow that represent public health advice at each level. It breaks down what we as a club can do – which takes the pressure off of us as a college club, knowing what we are doing is right at all times,” Ashling says at the start of the interview.

“Unfortunately for the foreseeable future our competitions that usually take place this time of year won’t be going ahead. Our Intervarsities are postponed until 2021, so we are preparing for that currently in the hopes it will go ahead.”

Due to the coronavirus pandemic, NUI Galway’s Handball club have already missed out on competitions this year. “We’ve missed our One Wall Intervarsity which usually takes place in June, which is always our strongest competition in terms of bringing medals home to the club.

“Our 60×30 and 40×20 doubles competition usually take place in both October and November.  However, it seems unlikely that these will go ahead.”

“It’s disappointing,” Ashling continues, “but it’s important now that everyone is adhering to social distancing guidelines. I do hope however that we’ll be able to get back to playing competitions soon!”

GAA Handball have started back their 60×30 Singles Championship nationally, but Mullin says that this was restricted to just Senior and Minor Championship grades, with a few key underage grades in the mix only.

“I still have an All-Ireland final to be played, and it’s in the books for November. Here’s hoping,” she laughs.

In terms of getting the college handball team back training, things seem unclear now, especially as all on-campus activity has been suspended to combat the spread of Covid-19.  Once those restrictions are lifted, however, Ashling hopes they can get back to training as soon as possible.

“Our 40×20 alley is based in the Kingfisher, so once we get the go-ahead from the University, we’ll resume training. We will probably have to break up training times, with different timetables and sort people into groups to run training sessions with as limited numbers as possible.”

The Handball club usually jets off to America each year to take part in collegiate tournaments over there. However, per the joint-captain of the club, these are probably off the cards this year. “We can look forward to what we have here instead!”

With that being said, the Handball club’s numbers have been on the rise the last few years, and Ashling says everyone from beginner to advanced is welcome.

“It doesn’t matter what standard you compete at, everyone is treated the same!”

“We look forward to welcoming new players to the club every year, but this year in particular, Fiona Tully is a key player we will be welcoming on board.

“She is starting a PME with NUIG this year, and has been a phenomenal player in the ICHA tournaments previously, as well as claiming the majority of Women’s Open titles at each event with DCU and has been a strong competitor in the US too. She will be a great addition to the NUIG handball family,” Ashling finished.

If you want to join the NUI Galway Handball club, they are currently setting up a google form where people can sign up which will be shared on their social medias.