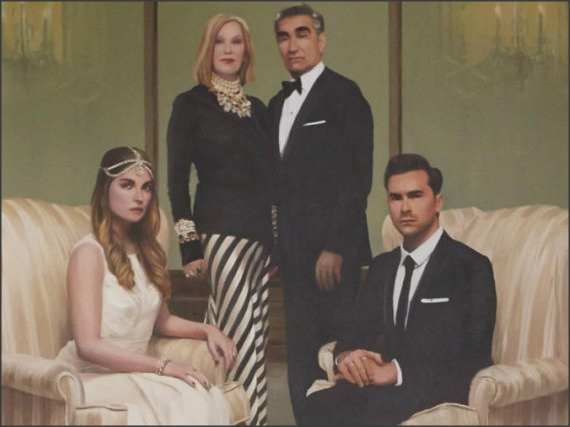 Referred to by host Jimmy Kimmel as the “Pandemmys”, this year’s Emmy Awards had to be adapted to the current climate and it was certainly different from its 72 previous versions.

A reflection of the past year, this year’s Emmy Awards were full of social distanced hosting, group zoom calls and was performed to an audience of cardboard cut-outs.

A core element of this year’s Emmys was its lack of a live audience. Instead, the producers relied heavily on collective streaming. Cameras were set up in each of the nominees’ homes, inadvertently adding a feeling of personal connection between the at home audience and the stars. Creating more excitement and tension, Emmy producers were stationed outside each of the nominees’ homes and once the winner was announced a key worker would present the trophy to the winners live on air.

Of course the flip side of this is that the losers had to watch the producers leave with their almost – Emmy, (for a glimpse of this sad reality check out Ramy Youssef’s video on Twitter where he waves goodbye to his Emmy).

As always, the show was touched with calls for political activity and justice. US Supreme Court Judge Ruth Bader Ginsburg, who sadly passed away a few days previous, was remembered in acceptance speeches.

Regina King wore a shirt that called for justice for Breonna Taylor and Mark Ruffalo was among those who called for the public to vote in the upcoming American Presidential Election.  Anthony Anderson invited host Jimmy Kimmel to chant “Black Lives Matter” with him. The fact this was all done in the home of celebrities only served to add to the importance of their messages, rather than subtracted from it.

Sadly, there were no wins for Ireland. Normal People missed out on all four of their nominations, with director Lenny Abrahamson and writers Sally Rooney and Alice Birth going home (or rather staying home) empty handed.

The show also missed out in the ‘Outstanding Casting’ category, and Paul Mescal lost out on the Lead Actor award to Mark Ruffalo.

Fiona Shaw was nominated for the second time for her role as Carolyn Martens in Killing Eve and also sadly lost out.

Zendaya’s win in the category of ‘Outstanding Lead Actress in a Drama Series’ is also worth mentioning. The 24-year-old managed to beat acting veterans such as Jennifer Aniston, Laura Linney and Olivia Coleman, as well as last year’s winner Jodie Comer, who had held the record for the youngest win in the category at the age of 26. Zendaya’s win overtook Jodie’s record, making her now the youngest Lead Actress winner.

Zendaya won the award for her work in the TV series Euphoria, and in her speech acknowledged and thanked the young people working to make the world a better place.

Overall, the Emmy Awards of 2020 were well-received. Although being praised for its adaptability and the remote acceptance speeches, many felt the in-studio hosts’ jokes and banter fell short without its usual buoyancy of studio laughter.

However, while some award ceremonies opted to either delay, cancel or pre – record their shows, the Emmys must be praised for their ambition and initiative to create a live, adaptable Emmy Awards for 2020. As the saying goes, the show must go on. And for the 72nd Emmy Awards night it most certainly did!