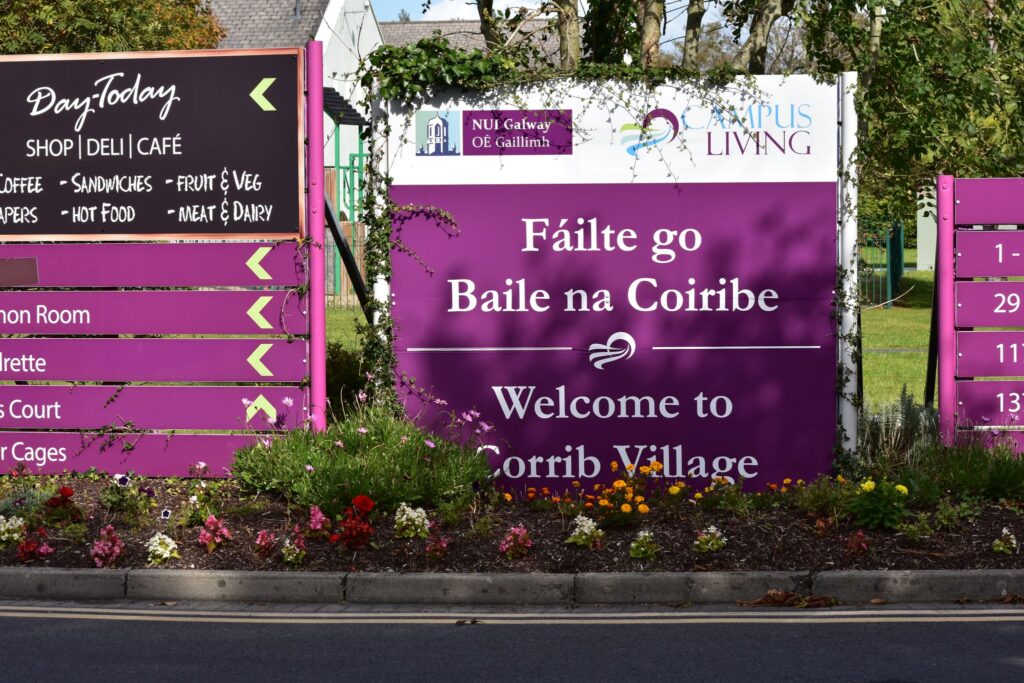 Student accommodation in Galway City has become the latest sector to fall foul of the Covid-19 pandemic, with accommodation complexes scrambling to fill unoccupied bed spaces ahead of the academic year.

With the college year back in full swing many students have chosen to ditch the convenience of campus proximity to comforts of home for the foreseeable as remote learning becomes the flavour of the month, owing to the current health crisis.

Campus Living, operators of NUI Galway’s on-campus student complexes, Corrib and Goldcrest Village have seen demand for bed spaces drop in comparison to previous years, which General Manager of the company Susan Clancy puts down to the uncertainty surrounding what lies ahead in the academic year.

“Compared to other years there has been less demand, there are still rooms available. We were full in Corrib Village, but we received a few cancellations.”

“It’s just the uncertainty of it all. People are unsure with the mix of online and on campus learning, but we are expecting to be full.” she commented

With a number of cancellations in Corrib and Goldcrest pressure mounted on the complexes to provide refunds to students who had initially accepted places within the two student villages but chose against taking up a bed space owing to circumstances.

Campus Living ultimately confirmed that students would be entitled to a refund if they decide not to proceed with their booking due to having less time on campus than originally planned.

Student’s Union Vice President and Welfare and Equality Officer Róisín Nic Lochlainn spoke of the need for similar student complexes to follow suit when it comes to students deciding against taking up pre-booked accommodation, “We hope that other student accommodation providers and landlords in Galway will follow the University’s lead and provide refunds to students who no longer need 0accommodation. “

Many students and their families had to make tough decisions to book accommodation with incomplete information about how much time they would actually be on campus. Now that the picture is finally becoming clearer our students are finding themselves stuck with accommodation they can’t afford and no jobs available for them to pay the rent.” she said.

The availability of bed spaces isn’t just confined to Corrib Village however. Off-campus student accommodation complexes have also felt the affects of the pandemic.

Enda McGuane, managing director of Winters Property Management, the company responsible for the running of Dunaras, Gort na Coiribe and Centrepoint spoke to Sin about the challenges they are facing this year.

“There has been an availability of beds this year, but there has been factors that have contributed to this including Covid-19 and uncertainty around Leaving Cert results.  There is a lot of uncertainty over CAO processes and appeals this year.” he said.

McGuane also pinpointed a lack of clarity with timetables as a reason for an availability of bed spaces, claiming that the uncertainty makes things difficult for students and parents alike,

“It’s a mix of uncertainty, and clarity is certainly needed on timetables. Students in many cases don’t know what hours they are on campus for. It’s difficult for parents and students.” he commented.

The decreased numbers in students saying in Galway has in turn led to n increase on those commuting. Rail and bus services, running at a reduced capacity on account of the pandemic are expected to become heavily relied upon by the student body over the coming weeks and months.

SIN spoke to Mary Raftery, a Final Year Commerce student who having lived in Galway City for most of her college education has decided to commute by train from Woodlawn instead, claiming there was “no point” in looking for accommodation in the city.

“I don’t think I’ll have many  hours on campus so for example on a Monday and on a Wednesday I only have one hour a day and there’s no point really living in Galway when I don’t have many hours so it’s easier really to commute in and out every day by train.”

“I lived in Galway for first and second year, expect for the first semester but I’m only 40 minutes away on the train.”, she said.

The student also called on Irish Rail to facilitate for the extra demand on their services from students by adding more carriages to their trains at peak times,

“Carriages need to be added onto trains especially on the Dublin to Galway route because there is so many people who rely on that service to come in and out of college every day.”, she claimed

“As it was before Covid there was already so many students commuting and now the fact that so much more will be because there is less demand for student accommodation, they will have to add more carriages.”, she added.