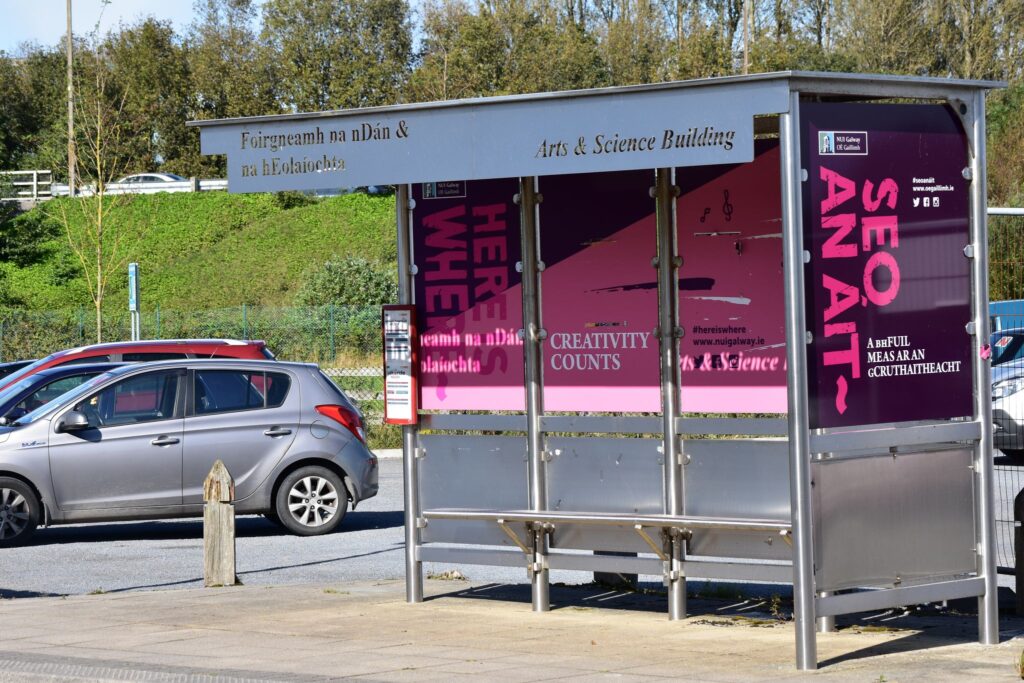 Students have been left disappointed by the cancellation of NUI Galway’s on campus Park and Ride service for the first semester.

In an email sent to all registered students in the college on the 16th of September, it was announced that; “Regretfully, the Park and Ride shuttle service will not be operating this term. When viable, the University intends to reinstate it in the future”.

The news has caused outrage among Student’s Union Representatives who have called on the University to reinstate the service as soon as possible.

Disability Rights Officer Trish O’Mahony spoke to SIN venting her fury at the decision, highlighting the issues it will cause for people with disabilities on campus. “It is an utter disgrace for students with disabilities. It is a long distance from one side of college to the other and the service is absolutely essential to all students.” she stated.

“I can’t see why if anything, they don’t put on extra buses,” she stated.

Student’s Union President Padraic Toomey also expressed his concern regarding the situation and asked the University to reconsider their position on the matter, “We are very concerned that the bus service operating between north campus and south campus is not running this year.

“This service is invaluable to students with disabilities as their only means for getting around campus. Bus services elsewhere are operating with required safety measures, so it seems short sighted to completely cancel the service” he stated. “We ask the University to review the decision and ensure the service is in place when campus reopens.” he continued.

Due to the suspension of the bus service, the Student’s Union have called for a 50% reduction on the cost of car parking permits on campus. SIN understands that the fees generated by the University from parking permits have been used to fund the Park and Ride service in the past.

Toomey also implored the University to “show compassion” towards students in line with the principles of the University’s recently published Community Promise , “We’re hoping the University shows compassion, we need to see them working towards that ‘collective good’ that our President has talked about and not to cut resources”.

CityDirect, the company who has run the Park & Ride service have also expressed their disappointment at the decision. In 2018 the company signed a contract to continue to provide the service for 5 more years, however the University have “indefinitely paused” this agreement.

“The University are using Covid-19 and the fact that a lot of staff and students are remote working this semester as their reasoning for stopping the service.” said CityDirect General Manager Gerard Bartley.

“We still have buses on leases and they’re lying idle at the moment. To secure our contract with the University we had to purchase two low-floor wheelchair accessible city service buses, which seat 39 and can accommodate for 23 standees.”

“We’re paying €6,000 a month on loan repayments, that’s how much it’s costing us, for buses we bought specifically for the University.”

“We were carrying people with disabilities and mobility issues who rely on good public transport.” Bartley added.

SIN reached out to NUI Galway’s Buildings and Estates Department  for comment on the matter but did not receive comment by the time of printing.