CHLOE Singleton’s strike on the cusp of half time proved decisive as Galway WFC edged out a stubborn Treaty United on a crisp evening at Eamonn Deacy Park.

On a night perfectly suited for football, the Tribeswomen started brightly, putting pressure on the Treaty defence. However, they couldn’t break the deadlock until NUIG Fresher Singleton’s well-placed finish, which proved to be the only goal of the tie.

The Tribeswomen’s early pressure seemed to pay off, when a clever ball whipped into the Treaty box was headed home by Shauna Brennan three minutes in, however the goal was ruled out for a foul on the keeper.

The home side didn’t let their heads drop and continued to put the away side under the cosh, with Singleton and Aoife Thompson proving to be a thorn in the Treaty side with their lightning pace and silky footwork.

Galway were forced into an early change when midfielder and NUI Galway student Sinead Donovan was forced off with an ankle injury.

Despite losing a key player, the home side were unfazed and continued to put pressure on the Shannonsiders, controlling the midfield and dominating the wide channels.

While chances in the first half were few and far between, Galway will have considered themselves unlucky not to have found the net on one or two occasions. Substitute Savannah McCarthy found the lively Singleton with a wonderful through ball midway through the first half, jinking past the Treaty defenders and forcing Maeve Ryan into a smart save on her right hand side.

The Tribeswomen’s pressure finally paid off at the end of the first half, when Ireland international Singleton raced onto a perfectly weighted ball to slot home past the Treaty ‘keeper into the bottom right hand corner for her second goal of the season. 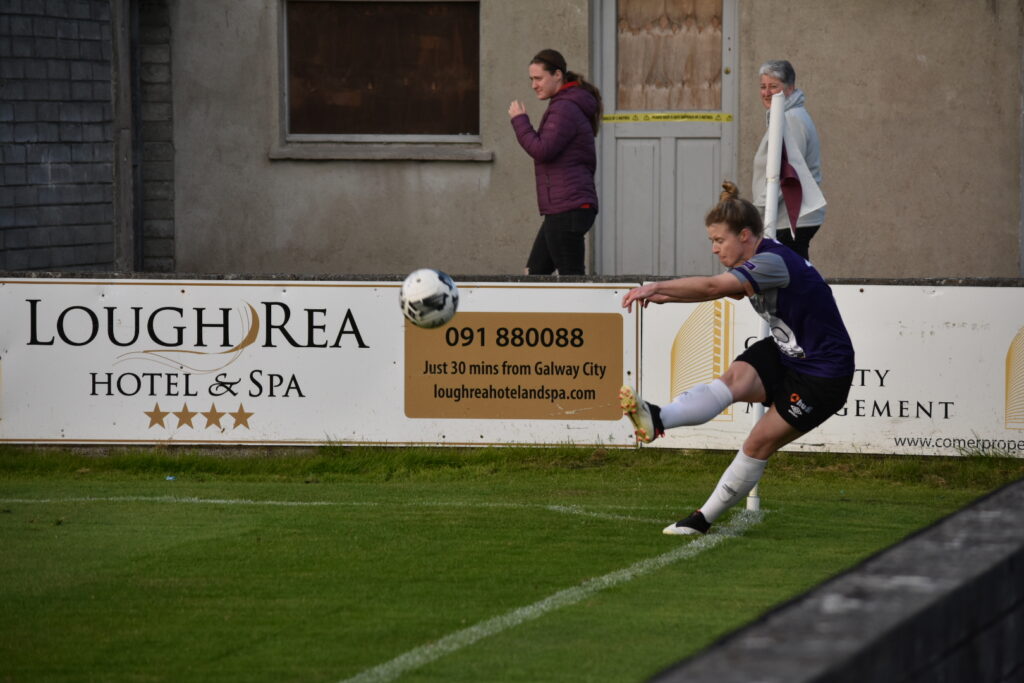 Limerick began to find their rhythm in the second half, with Cara Griffin causing the Galway defence havoc on the flanks, however the home side soon settled back into the game.

Galway continued to pressure the Treaty back-line as the second half drew on but couldn’t quite find the killer pass to split the resolute Shannonsiders defence.

Treaty rang the changes just after the hour mark in the hope of salvaging an unlikely point in Terryland, but the Galway outfit continued to press and should have added to the scoreline with Lyndsey McKey and Aoife Thompson coming close late on.

The win sees the Galway outfit put daylight between themselves and Treaty in the race for the top five with Billy Clery’s charges opening up a five-point advantage over their western rivals.

Speaking to SIN after the game, Singleton was critical of her sides inability to find the killer pass to unlock the Limerick ladies’ rear-guard, however expressed her relief that the points wouldn’t be heading back down the M18.

“I think we need to be more clinical going into the final third. Particularly in terms of getting our heads up and finding that final ball into the channels. That’s what we need to be working on coming into next week for sure.

Singleton caused some concern to the home bench when he went down in the 62nd minute, but she shook it off much to the delight of the few United fans gathered in the North Stand.

“It was just a fifty-fifty challenge and the Treaty player caught me on the ankle, but it’s fine and I’ll probably be grand for next week. A bit of ice will probably do the job!” 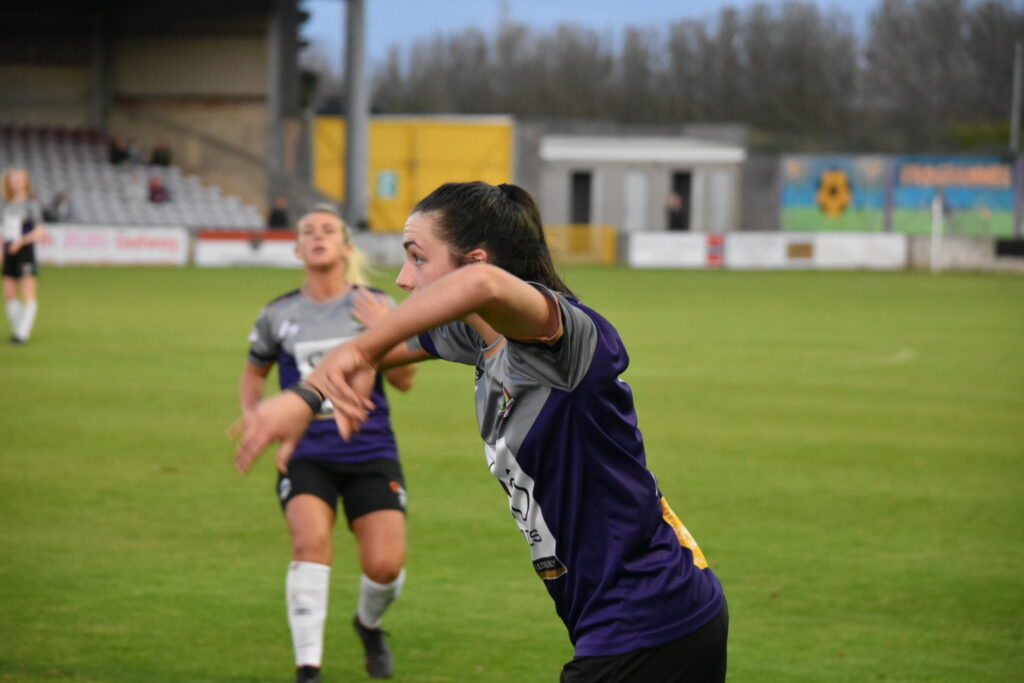 Looking ahead, the First-year Arts student forecasts it’ll be down to the wire between themselves and Cork when they make the journey South to the banks of the Lee in a fortnight. But for now, the Tribeswomen have their sights firmly fixed on Wexford Youth’s visit to Eamonn Deacy Park in the FAI Cup next Saturday.

“Cork have passed us out now. It’s looking like we’ll be neck-and-neck in the race for the Top 5. Before that, we’re home to Wexford in the FAI Cup though, and hopefully we can progress to the next round.”