By Oisín Bradley It’s a new dawn for Taekwondo Club chairman Christopher O’Brien and the rest of the NUIG Taekwondo Club, as they look to find a new way to operate in the current climate. O’Brien and the rest of the committee have had to get their thinking caps on to come up with a plan to navigate the waters due to the effects of Covid-19.  However, the idea of online … END_OF_DOCUMENT_TOKEN_TO_BE_REPLACED 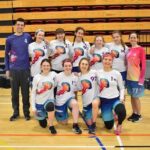 By Fiona Lee With the pandemic going on, we have all lost out on our hobbies and fun activities, whether it’s a dance class, art workshops, or even going to the gym, it hasn’t been easy on anyone. It has been especially hard on people looking to start new things, when clubs and groups are barely carrying on with their current members, let alone beginners. It can be hard, … END_OF_DOCUMENT_TOKEN_TO_BE_REPLACED 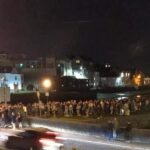 • Widespread condemnation as Student party-goers flock to Spanish Arch, one day after University’s return By Paddy Henry Editor.sin@gmail.com @PadraigMacEinri Student revellers have been slammed by local representatives and residents, after scenes of mass social gatherings were captured on the Spanish Arch on Monday night, just one day into the return of the … END_OF_DOCUMENT_TOKEN_TO_BE_REPLACED 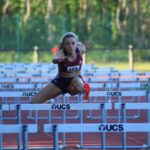 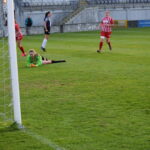 Galway WFC 1-0 Treaty United By Paddy Henry & Oisín Bradley at Eamonn Deacy Park. CHLOE Singleton’s strike on the cusp of half time proved decisive as Galway WFC edged out a stubborn Treaty United on a crisp evening at Eamonn Deacy Park. On a night perfectly suited for football, the Tribeswomen started brightly, putting pressure on the Treaty defence. However, … END_OF_DOCUMENT_TOKEN_TO_BE_REPLACED