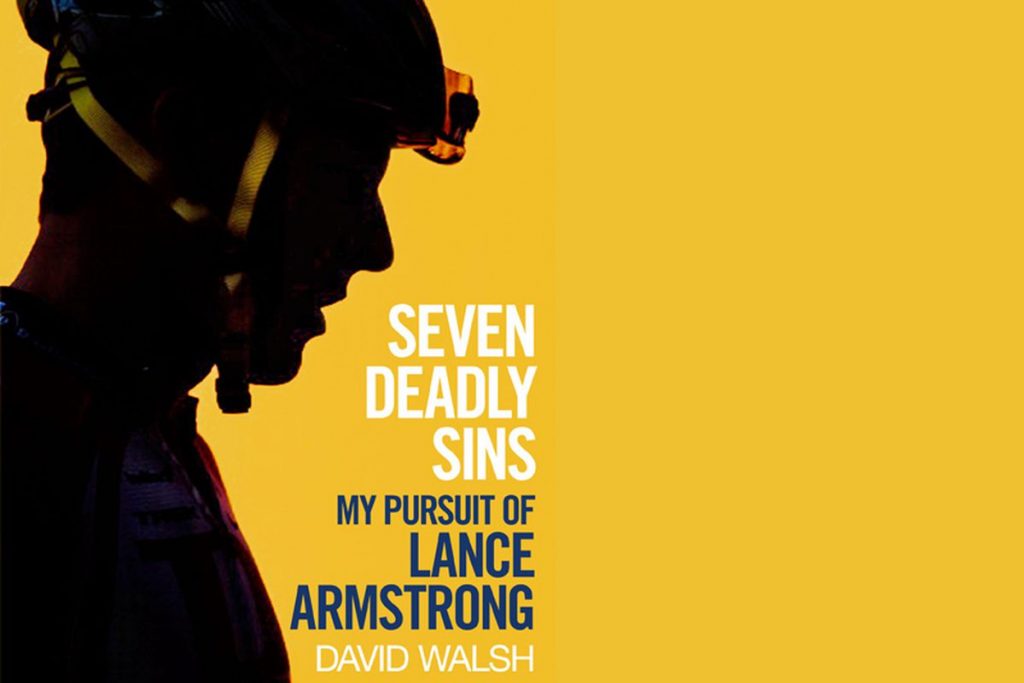 There’s a saying that I find applies to the world of sports books, specifically autobiographies and their publishers. The phrase is ‘when you throw enough s*** at the wall, eventually some of it will stick’. As seen by the plethora of grey, zoomed–in portraits of sporting figures visible in bookshop windows; clearly a lot of s*** has fallen off the wall.

There’s only so many of these “fill in the name + paste” books you can read before deciding if you’d be better off using a page of Frank Lampard’s autobiography rather than toilet paper (especially in these days). While I hyperbolise, its no stretch to say some Mr. Men books would be a better read than most sporting autobiographies. At least there are different characters in every Mr. Men book.

Whilst I say that, when sports books get it right and avoid the potential pitfalls, there’s no genre of book comparable to them. If you’ll pardon the horrible pun, they’re in a league of their own, but I digress.

Recently, the art of writing hard-hitting sportsbooks has been bastardised. It’s evolved (or rather devolved) into a cliched copy–paste job, whereby the only thing that changes every book is the name, with books seen as a final paycheck.

From the outside, it looks like there’s more thought going into potential libel lawsuits than into how best write a memorable and unique book detailing an aspect of the sporting arena.

In the following list of books, I’ll try to recommend ones that I read that I found were a worthwhile insight into different good and bad aspects of sport.

Even if you don’t like the books, at least there won’t be any shortage of toilet paper in your house…

Starting these recommendations, we begin with a book so controversial, court proceedings relating to damages stemming from Rough Ride only ended in 2016. The book itself is an “under the bonnet” look at whistleblowing about cycling’s dark underbelly and forced Kimmage to leave the sport. Paul, writing from his own personal experience as a cycling domestique (good enough to cycle professionally but not good enough to win), documented his life in a diary format, recounting every race over his professional career. What makes Rough Ride different is his airing of cycling’s dirty laundry. From doping to pay bills to fixing races to extraordinary stories, this exposé gives an all–access look into a now notoriously dirty sport.

Still in the world of cycling, an indirect result of Kimmage’s expose, David Walsh’ 7 Deadly Sins focuses on his hunt to expose Lance Armstrong. 7 Deadly Sins documents all of Walsh’ 13-year saga trying to expose and make known the truth about Lance Armstrong’s long history of performance-enhancing drug use, which ultimately led to the cyclist being stripped of his seven Tour de France titles and the infamous Oprah interview. In spite of all the cover ups and hiding of information, Walsh’s pursuit knew no bounds. This book tells the compelling story of Walsh’s struggle to bring that truth to light and sent shockwaves across the world.

Surprisingly enough, this article is not written by Paul Kimmage. I say that as, funnily enough, two out of the three books Kimmage has ever written have been included in these recommendations. Digressing, Full Time, Tony Cascarino’s ghost-written autobiography, provides a unique look into Cascarino’s tumultuous personal life. Haunted by his own demons and troubled by his turbulent personal life, including an abusive father and his failed marriage, this sports book pushes the boundaries of sports writing. Kimmage eloquently knits Cascarino’s troubles off the field with his achievements on it, such as being a million-pound player and playing for Ireland in Italia 90 and USA 94. This book pulls at the heartstrings and provides a different look at one of the heroes in the Jack Charlton era of Irish football.

Finally, what would a list of sportsbooks in Ireland be without a book about its most polarising figure, Conor McGregor? Love him or hate him, he’s one of Ireland’s most infamous sportsmen. This book is not a eulogy about the man, but instead a reflection on the society which coveted him and moulded him into the man we see today. From interviewing him in a McDonalds in Dublin in 2013, MacKenna has a history with McGregor that precedes his notoriety. The case studies in this book are McGregor’s recent years and especially the bout with Khabib Nurmagomedov. Chaos is A Friend of Mine presents the idea that we reap what we sow and MacKenna provides substantial proof into this claim. This deep dive lets us see how we made McGregor the man he is today and holds a mirror to us, the society that got what we deserved.