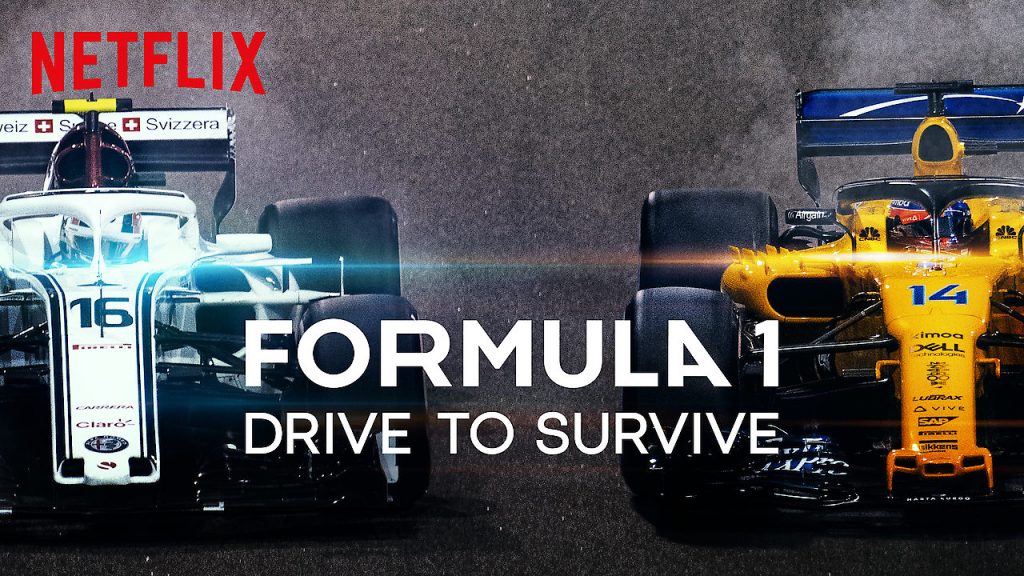 I’ve been a life-long Formula One fan. If you ask my mum, she’ll tell you I was glued to the television every single Sunday from the age of two cheering on the scarlet red Ferrari of Michael Schumacher. The first book I ever bought was one reviewing the 2005 F1 season. I haven’t missed a race in years, and I’ve been lucky enough in the past year to get paychecks live–tweeting F1 races for a gaming company. I like to fancy myself as having at least somewhat of an encyclopedic knowledge of the history of the sport, and I knew at least somewhat just how much went into every single race weekend from everyone involved… before Drive to Survive premiered last year.

F1 has traditionally been a sport that has been incredibly insular and behind the curve – for instance, they didn’t even have any social media accounts until 2014. Most of the drivers for years were the traditional, dour racing driver stereotype, thanking their team and sponsors after every race while sporting their sponsored watches in the most boring, professional way possible.

For starters, Drive to Survive was proof that these drivers were actual real people who have similar personalities and emotions to the rest of us, not robots programmed to spurt out a generic post-race interview every five minutes. Daniel Ricciardo played a pivotal part of both seasons of the show, and for good reason – he has an amazing sense of humour and a bubbly personality, mixed with a real sense of vulnerability that we get to see every time he has a run in with Max Verstappen, or when his Renault engine just decides to go ‘pop’ at random intervals.

The series also does a fantastic job of showing the impact running a F1 team that employs hundreds, if not thousands of people, with a budget of well over $150 million, has on those at the very top. The insights offered by the likes of Red Bull boss Christian Horner showed how much of a pressure-cooker being the man in charge of winning World Championships for billion–dollar corporations truly is.

At the opposite end of the grid, the pressure is just as intense, and the often unintentional comic relief offered by Haas boss Gunther Steiner, as his team tries to compete with a quarter of a budget of the top teams, is one of the highlights of both series (I’ve lost count of how many times I’ve used the “we look like a bunch of ‘effing w*nkers” meme on twitter), and is another moment that shows a side of the sport many fans never could have even conceived of in the past.

The title “Drive to Survive” may seem a bit melodramatic, especially to an outsider to the sport of motor racing. But fact of the matter is that driving cars at speeds often exceeding 220 MPH can never be something that’s fully safe – and that’s a topic the show covers admirably in its second season. It deals with the death of Formula 2 driver Anthoine Hubert during the Belgian Grand Prix weekend last year with grace and respect, showing Hubert’s close friend and F1 driver Pierre Gasly speaking about the loss of a young man who, just a few short years ago, he had been living with, studying with and racing with.

Drive to Survive is a series that shows casual fans that F1 is far more than the boring Sunday afternoon procession you might have remembered from your childhood. It’s a sport filled with unmatched drama, unique personalities and a level of danger your average Premier League footballer doesn’t have to face every week.