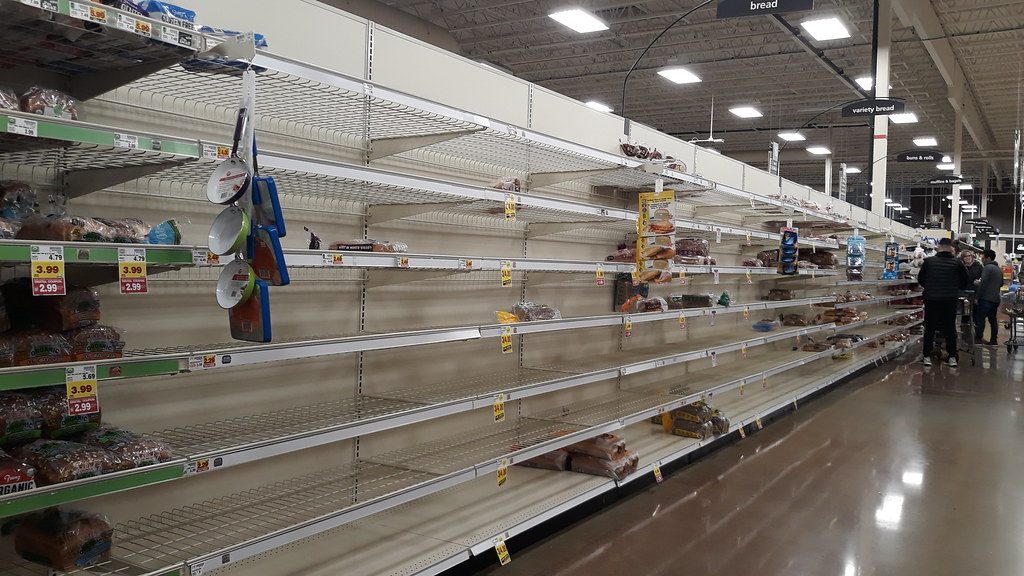 The recent classification of pandemic for the COVID-19 virus has spread a wave of panic over Irish citizens, and indeed individuals from all over the world. It was this panic of the unknown, uncertainty as to where the virus would pin its next target or who was to contract the virus, that caused locals to pay a visit to their supermarkets; Tesco, Dunnes Stores, Lidl, Aldi and SuperValu. It all started off with people clearing the shelves of any hand sanitisers that they could find, which was then followed by the purchase of packets upon packets of anti-bacterial wipes.

Later on, after the pandemic was announced officially and with false rumours of Ireland going into lockdown, which commenced between Monday March 16th and Tuesday March 17th, tinned foods and toilet paper had become non-existent in the majority of stores across Ireland. Retail workers found it rather difficult to keep the shelves stocked, as people were bulk–buying the products being packed. Images were shared across all social media platforms; Facebook, Twitter, Snapchat and Instagram, images of empty shelves that had been completely stripped of all stock from the panic buying of customers. This, ironically, caused more panic, as people feared that they wouldn’t have access to these products that they didn’t yet have, thus creating more people to buy more products that they continued to stock up on.

Upon speaking with a student who wishes not to be named in one of the major supermarkets in Galway, SIN was offered an insight into what a student experienced while working in retail during this difficult time.

“It’s near enough impossible to keep the shelves stocked, I’d have a box of tinned fish packed and five seconds later, a customer would come along and take the whole box!” They continued to share how “it was a little greedy of them to do so, an elderly person or someone who may not have anything at all could have wanted that same product”. A recent image of an elderly woman has been shared around on social media platforms to teach people to stop panic buying, as it is having an effect on those who are more vulnerable to the situation and for those who genuinely have nothing. The image shows the elderly woman reaching into a box on a shelf that is filled with various other empty boxes, her trolley containing only the essentials that she needs to make it through the week.

SIN asked what was it like to deal with panicked customers and how does a retail worker deal with them? The student replied, “It’s stressful to say the least, everyone panicking and all that, but I find that if you show your panic then it makes the situation worse, so I just go about helping customers as if it were a normal day”. They also went on to share how even though they stick to their normal routine of helping customers, there are a few alterations in place; including social distancing.

“We have these red tapes put all over the floor near checkouts and customers must stand behind the red line and distance themselves 1 metre apart! Sometimes we do have to politely ask people not to stand so close, it gets a little awkward at times”. The HSE’s guidelines of social distancing have been taken seriously by a lot of supermarket retailers, with the companies putting down red lines on the floor near the tills in order to distance people from one another. SIN was also given an insight into how the canteen was also rearranged due to the new social distancing guidelines, “The tables have all been separated where we go for break, the tables are spread out against all sides of the canteen with 4 chairs per table instead of 6 or 8 per table. It makes you feel sad that you and your friends can’t all sit together sometimes”.