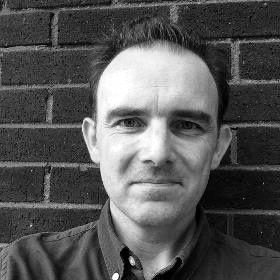 Not so long ago, I found myself hiking up the side of a mountain in Montenegro. I’d been with a group, but the trek to the top was long, and about half an hour in, we’d drifted apart. I was suddenly alone and quite happy to be where I was, as I moved further and further away from my lodgings in the town below. It had been a warm day that was nearing its end and the one thing that concerned me was the small amount of water I’d brought. The walk was becoming arduous as the incline steepened. I wasn’t sure of the time as my phone had gone dead, knowing only that we’d set out a little too close to dusk. All of this didn’t bother me too much, as we’d been told the trek would take less than an hour. But something came over me, and I became apprehensive. My gut was telling me that something was going wrong. When I looked up, I could no longer see the top of the mountain, as it seemed to slope back and away from my field of vision. The switchbacks — the zig-zag trails of the steep height — were becoming frustratingly endless. Over and back, over and back, rising slowly as darkness fell.

I remember becoming disorientated, caught between thinking my destination was getting closer and yet feeling that it was not, and knowing that if I was to turn back, my group — when they reached the top — would be wondering where I was. I began to panic. I started to sweat, becoming angry with myself for getting cut off, and for the thirst I was beginning to feel. It all had a cyclical effect and my heart began to pound. It was becoming darker, almost to a pitch, when I felt a presence getting closer. I could just make out the black shape of a cow, right as it was upon me, feeling its hair on my arm as it brushed by. It was as if I was suddenly in a strange dream, that wasn’t quite a nightmare, but it was out of sync with the natural reality of my life. I knew also that it was real, and that I wouldn’t be waking up any time soon. I had to deal with it, but at the same time I felt absolutely lost. I kept walking forward, in a haze of confusion, soon hearing the low growl of a dog. Ferociously in the dark it ran towards me, barking violently. Unthinking, feverishly and without time, I tumbled in a ball to the ground. Grabbing a loose rock underneath me, I turned to see the eyes and face of the beast in my midst, a moment before it sprang back, taken by the chain it was noosed to. I lay there paralysed, for what must have been a minute, stuck to the ground in something close to terror. I dragged my body forward, slowly, my knuckles and fingers hauling a dead weight. I came to my feet and backed away. ‘Why did I lose contact with my group? Why is this happening to me? Will it ever end?’ I began to feel that this was it; this was the place I’d always been walking towards. Very quickly, the comfortable structure of my life had gone, or maybe I, myself, had unknowingly abandoned it, finding a gap or a loophole, like some secret level in a video game. It was while thinking these thoughts that I spotted a light flickering from a doorway, and I walked instinctively towards it. I stood for a moment outside, but then I stepped in to see a man and a woman, like two old fashioned peasants, both sitting by the light of a fire. They muttered something to each other, and she beckoned me forward. I saw that the man did not look at me, and continued to move pieces on a flat timber board; a game I now know to be ‘Shove’. I don’t know why, but at this moment, I instantly felt at ease. The woman put a glass of water in my hand and ushered me to drink, before she put on a coat and led me back out. She walked in front of me and down the mountain, down past the dog, now sleeping, and the cow that must have been hers. And when we saw them, she pointed to the lights of the town, and that’s where she left me. When I approached my lodgings, there in front of me, on foot, was the group that I’d left with and fallen behind. Nobody mentioned anything, assuming I’d been with them all along. And though it seemed like an eternity, I realised that not much time had passed — about an hour and a half — and everything was the same as it’d been before. A bad dream that never quite became a nightmare. Like nothing had ever happened. And sometimes I still wonder if it ever had.