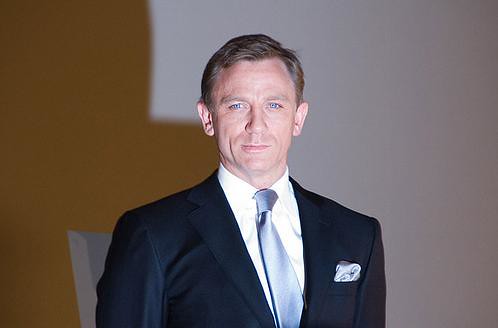 007; these numbers have been identified with the MI6 agent, James Bond. For 58 years, one of the most iconic figures of the movie industry has been known by these numbers, but also by his name, his preferred drink, his cars and finally by the iconic Bond songs. Since the first movie, Dr. No, each James Bond movie has had a particular Bond song from an established artist. In honor of Billie Eilish’s new contribution, ‘No Time to Die’, here is my top 7 James Bond theme songs of all time:

Skyfall was the third movie of Daniel Craig playing James Bond. Adele won an Oscar and a Grammy for this song and while it was a huge success, the artist mentioned that it was the one and only time she will do a James Bond song. “I would never do it again because it went so well and I would never want to jinx it”, she said.

Goldfinger was the third movie of Sean Connery playing James Bond. The single release of the song gave Bassey her only Billboard Hot 100 top 40 hit, peaking in the top 10 at number eight and number two for four weeks on the Adult Contemporary Chart, and in the United Kingdom the single reached number 21.

Billie Eilish, recent Grammy sweeper, the first artist to rack up wins in the Big Four categories since Christopher Cross in 1981. Her James Bond theme song for the newest installment, No Time To Die, which hits theaters on April 10 and marks Daniel Craig‘s final appearance as the iconic British spy.

The World Is Not Enough is the third time the actor Pierce Brosnan played James Bond. The lyrics were written by Don Black, who also co-wrote ‘Diamonds Are Forever’. David Arnold, who wrote the music, has also composed for British sketch show Little Britain and other Bond films, including Casino Royale and Quantum of Solace.

Madonna’s high profile and heavy promotion for the movie made the song a hit, but it was criticised for being noisy and repetitive. Elton John called it the worst James Bond theme song ever. Interestingly, this song earned a Golden Globe nomination for Best Original Song, and a Golden Raspberry nomination for Worst Song in the same year. Similarly, this is one of the most criticised James Bond movies and it nearly ended the series before Daniel Craig took the role. James Bond, in this movie, was played by Pierce Brosnan.

Sam Smith was the first British male solo artist to record a Bond theme since Tom Jones recorded ‘Thunderball’ for the 1965 film of the same name. During the production, Spectre director Sam Mendes stepped in because an early demo of the track made Bond appear too soft.