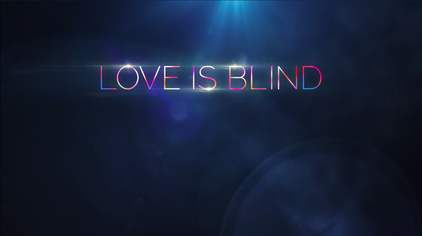 Trending as number one in Ireland and ever a sucker for the Netflix algorithm, I decided to test the waters and tune in to this ‘hit show’. My decision to click play was also aided by my meek attempt to fill the void left by Love Island, if I’m honest. If I can offer you some words of wisdom, I do not advise watching the first few episodes on Netflix. Watch them through Gogglebox. That way, you won’t question if your toes curling and spine-tingling sensations indicate you are a dark cynic, sceptical of love. No, instead you will watch every couch-loving family on Gogglebox have that very reaction themselves and you won’t feel so alone in this romantic reality TV world.

A brief description of the show in case some of you are living under rocks: Boys and girls go on blind dates in pods, i.e., they cannot see each other. Harmless, you might say? Incorrect, you might be. In a matter of days, these love–crazy folks ranging from ages 24-34 (ish), have to pick who they wish to spend the rest of their lives with. Yes, you read correctly. They are picking who they wish to marry after a few days of talking through a wall. Bizarre. Only after an accepted proposal are the couples allowed to see each other. Once more for those in the back, bizarre!

After said meeting, all engaged couples are whisked away on holidays to Mexico. The idea of going on holiday with your fiancé who you haven’t actually properly met yet, nice, right? (Not nice, not nice at all, incredibly awkward, immensely toe–curling). Given the fact that it’s a reality TV show, this, of course, also presents the ignition of drama – couples fighting each other, couples fighting with other couples, blah blah blah. Nothing you wouldn’t see if you just tuned in to Fair City, to be honest.

After this wonderful holiday, all engaged couples are then forced to live with each other. You know, very necessary, moving in with a virtual stranger to see how they cope in the outside world?!

Unfortunately, once the ‘Meet the Family’ episode was aired, I instantly regretted committing to writing this article. I’m all for investigative journalism, but watching another 5 episodes of this? Honestly, the things I do for you people.

As a brief synopsis, it involved one bug-eyed male ‘spontaneously’ rapping for his fiancé’s music producer father. The pain I experienced during that – oh, words cannot describe it. Those are four minutes my ears may not ever forgive me for.

Like I said, my loyalty to the show was absolutely tested by this episode but also by the many articles suggesting that the show was meticulously staged. That it was in fact not a properly executed experiment – gasp! One Google search will present enough articles for you to make up your own minds about whether or not the show is a genuine, authentic and organic a test to see if love really is blind.

Not one to ever refuse a good dating show, this one sadly left quite a lot to be desired. Since I adhere to a strict no spoilers rule, I shan’t divulge the results of the experiments, you can manage that yourselves. What I will say is, Spring Love Island – a step too far or…?