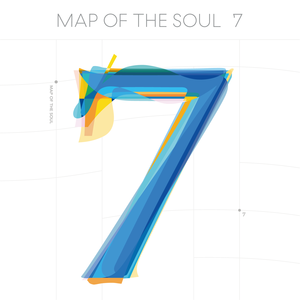 Following the success of their 2019 album, Map of the Soul: Persona, K-pop phenomenon BTS returned to the world stage this February to much fanfare. Their latest offering, Map of the Soul: 7, is so named for reasons personal to the band themselves. It’s been seven years since BTS made their music debut in 2013; BTS famously consists of seven members, a number relatively unheard of prior to K-pop coming into the Western consciousness. However, despite all cultural differences, critics and K-pop naysayers, with Map of the Soul: 7, BTS cements their status as both South Korea’s brightest stars, and the biggest band in the world.

MOTS: 7 is a reflective and introspective look at the band’s story so far. Having spent seven years working together, BTS have reached unparalleled levels of success in a seemingly short period of time. It would be incorrect to call them an overnight sensation; the septet slowly found success in their native country, but ultimately hit the big time in 2017, when they became the first K-pop act to win a Billboard Music Award. From there, BTS have gone from strength to strength, selling out stadiums across the world and smashing music records at every turn. As of going to print, BTS have the best-selling album of 2020, outselling musical heavyweights Eminem and Justin Bieber, both of whom released comeback albums this year. An impressive feat for a band that sings primarily in their native Korean.

So, what does MOTS: 7 tell us about the band’s perspective on their first seven years? The album opens with ‘Interlude: Shadow’, a hip-hop track by rapper Suga that deals with the pitfalls of fame. It’s a moody opener with a hint of what’s to come; an honest, sometimes subtly brutal commentary on the difficulties of living in the public eye. This sentiment is echoed in the album’s first single ‘Black Swan’, in which the group express fear of losing passion for what they do. The single examines what becomes of artists when their creativity is drained and when music no longer “sets their hearts racing”. It’s a sad thought, given the level of creative involvement BTS have in their music. Rappers and lyricists RM and Suga take the majority of the writing and producing credits, while the other members all have solo writing credits spread across BTS’s discography.

As with their 2016 album Wings, Map of the Soul: 7 allows all seven members of BTS their own moment, with seven individual solo tracks. The first of these is dancer Jimin’s song ‘Filter’, a Latin-inflected dance number with all the qualities of an instant radio hit. On the surface, ‘Filter’ reads only as a fun, hypnotically catchy track that could rival Shawn Mendes and Camila Cabello’s chart-topper ‘Senorita’. However, the song provides deeper commentary on fame and how artists have to constantly reinvent themselves to stay relevant to the public and interesting to their fans. In an interview with Spotify, Jimin explained, “Filters can be the things within a camera application, or social media, but it can also mean people’s perspective or prejudice”. This is an entirely accurate perspective, as K-pop artists in particular are required to consistently come up with shiny new concepts, sounds and looks to keep fans on their toes.

‘Filter’ is followed by one of the best tracks on the album, ‘My Time’, a solo song by youngest member Jungkook in which he questions his decision to live a life of superstardom. It’s an excellent, R&B-infused track with melancholy lyrics, showcasing the 22-year-old singer’s exceptional vocals. Elsewhere, the moody and gothic ‘Louder Than Bombs’, co-written by Troye Sivan, further showcases the vocal ability of BTS’s four singers. Each has a distinct vocal tone, from Jimin’s light and airy lilt to V’s deep timbre, and all are exceptional on this heavy track. Conversely, the group’s three rappers take centre stage in what is perhaps BTS’s best hip-hop track to date, the energetic and angry ‘UGH!’.

With the album’s lead single, ‘ON’, BTS continue to prove that they have radio appeal with a dramatic and impossible catchy title track. The song boasts a stunning and cinematic music video unlike any the band have executed before, pulling inspiration from everything from post-apocalyptic films like Lord of the Flies to symbols of Christianity like Noah’s Ark. Because the track itself is a triumph, the alternative version of ‘ON’ featuring pop hitmaker Sia, placed at the album’s close, feels wildly unnecessary. Sia’s vocals fail to blend as seamlessly with the rest of the band’s as popstar Halsey’s did on the 2019 collaboration track ‘Boy With Luv’, and her brief appearance in the chorus feels like an afterthought. This track should have faced the chopping block.

Overall, with Map of the Soul: 7, BTS usher in a new era whilst recognising how far they’ve come. The band are no stranger to taking big ideas from psychology, religion and philosophy and translating them into relatable, catchy and masterful multi-genre spanning albums. In their review, Rolling Stone described Map of the Soul: 7 as a “blockbuster […] full of stylistic experiments that all flow together”. Facing critical acclaim and receiving an average score of 82/100 based on top critic’s reviews, it appears that the rest of the world has finally wised up to the enduring success, and lasting legacy, of BTS.