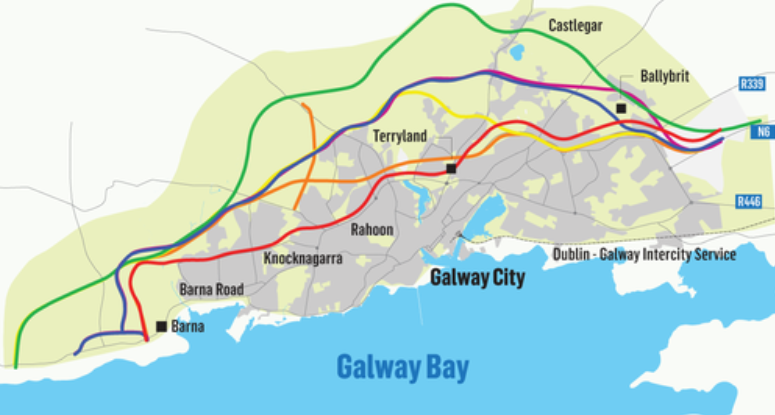 By this time, I’ve usually staggered out of bed, pulled on yesterday’s clothes from the pile on the floor, and trudged into college while scoffing a banana and with The Smiths blaring from my headphones.

I reach the University as the cathedral bell begins to toll, and usually arrive in my scheduled lecture, puffing and panting, on the dot of nine. One intensive hour later, I’m on my way to Smokey’s for a bite to eat, accompanied by the occasional hot chocolate and the even more occasional burst of study.

When 11 a.m. rolls around, I make my way to my second and final lecture of the day. As I am someone who has always had trouble concentrating, I’m usually exhausted with the effort by the time the meridian changes and we are free to leave for the evening. I say a quick hello to my more fortuitous friends who will escape the notorious Snake for another week, and then head to the library for the couple of hours of study (or so), which are usually all I can manage of a Friday.

By 2:30pm, it’s ripe time for me to have left the library and be ambling towards my cosy, two-bedroom apartment. I’m not really one for being organised with my work uniform, but I usually manage to throw something together after wolfing down my pasta and before I leave at around half past three. If I’m lucky, I will have time to throw on my work clothes before racing out the door, but usually I don’t.

If you’re asking yourself ‘why the massive hurry?’, then don’t worry, I’m in complete accordance. I mean after all, I don’t start work until five, and as I work in the suburbs of Galway city and live in the centre, it shouldn’t take more than a twenty-minute journey, should it? Right? Wrong.

A Galwegian for most of my life, I’ve struggled with what I like to refer to as the Snake (no innuendo intended) a.k.a ‘Carmaggeddon’ or as part of it has become known, ‘Gridlock Atalia’, for years. A true sight for sore eyes, my heart drops down to the soles of my black Plimsouls every Friday evening as I watch an unmoving line of cars, buses, lorries, and whatever else, stretching from Eyre Square as far as the eye can see. I work five kilometres away in Ballybrit, and if this situation has developed before 3.30 pm (as is usually the case), it’s unlikely I’ll make it there for 5pm. My only hope is to walk, which (laughably enough) is far quicker.

Even in the pouring rain, this alternative (which takes around an hour) is preferable to standing at the back of the corridor of a crowded bus, on which every other free square centimetre is occupied by someone either sitting or standing, while listening to at least three very bored children screaming at the top of their lungs, and wondering if the appalling smell plaguing the entire vehicle is indeed because someone’s been waiting so long to reach their destination that they’ve had an accident in the trouser department. After a long day of struggling to stay awake in lectures, the last thing I want to see is a Snake stretching all the way along College Road which could alone take forty minutes to escape. I’d rather walk through a hurricane.

Galway’s solution to this chronic traffic conundrum? The ring road.

Proposed by the Galway City Council to An Bord Pleanála in October 2018, this ring road would stretch from near Barna to Coolagh (about eighteen kilometres in total) and cost an estimated €600 million. Its benefits include freeing up congestion in the city centre, allowing for more accurate journey estimations, and a more reliable and sustainable public transport system to flourish in the absence of the Snake. It sounds like the answer to my (and many others’, I’m sure) prayers, but all good things come with drawbacks. Not only will it lead to the demolition of forty-four homes and part of NUIG’s sports campus, Extinction Rebellion have pointed out that it will increase carbon emissions by at least 37%, while it will only reroute 3% of car journeys to outside of the city. The idea is that the ring road and improved public transport would take vehicles off the road, but many believe that in reality, more road simply means more cars. Furthermore, pending approval (which is as of yet not set in stone), the ring road would take at least three years to build (by which time I intend to have fled far from Galway with all its traffic woes), with no serious solutions posed for the meantime.

Due to the aforementioned disruptions to households and businesses, an oral hearing is being held, having recently begun and being predicted to last several weeks, in which both objections and pleas for change have been or will be made. Originally, NUIG was to be among these objectors, but with alterations made to the original plan which would reduce impact on the sports campus significantly, it has revoked its rejection. I’m grateful for NUIG’s acceptance of change in this regard. With Galway’s traffic congestion issue going back decades at this point, something needs to be done… but is the ring road a real and viable solution to ‘Carmaggedon’? Will Galway’s roads truly become traversable at rush hour? Will it someday be quicker to take the bus than to walk? Or will its only real consequences be the loss of €600 million and one heck of a carbon emission? As with all things, only time will tell, but with the Snake seemingly growing longer from week to week, I hope that some sort of solution, ring road or not, presents itself before this crippled city becomes completely and utterly broken.