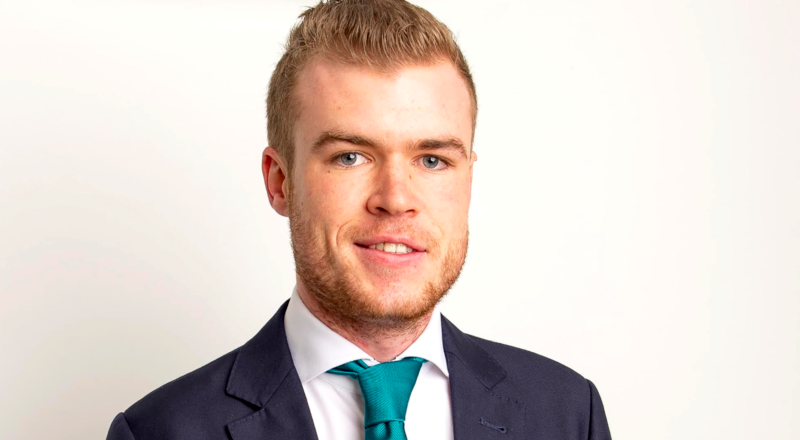 Louis O’Hara is a student in NUI Galway, studying an MA in Public Activism and Advocacy. He recently ran as a Sinn Féin candidate in the General Election for Galway East, and despite getting 7,180 first preference votes, he narrowly missed out on a seat in the Dáil. Having completed an undergraduate degree in Public Health and Social Policy, it is clear he has a great interest in politics. He previously ran for local election in 2019, as a candidate for Athenry-Oranmore. Louis received only 507 first preference votes and was eliminated after the fifth count but despite these shortcomings, he seems undeterred in his journey in politics. SIN caught up with Louis to speak to him about his experience running for election, where his political aspirations come from and how he feels about young people getting involved in politics.

When he was asked about how he stepped into politics, Louis said that he had been a Republican all his life. “I suppose that’s how I ended up getting involved with Sinn Féin. My interest in politics was always there, but when I started properly following it, I was drawn to Sinn Féin because I found their social policy also correlated with my own views. I’m quite big on fairness and equality and things like that so Sinn Féin seemed like the party for me.”

“It’s a big commitment,” he continued, saying that election mode was getting up in the morning and campaigning until the following night. “All day, every day, you’re doing something related to the election.”

How did this affect his studying? “It was difficult to juggle both aspects of it. I didn’t go to college for about three weeks there, and I’ve a mountain of work ahead of me now. I’m going to have to face back into it.”

As a 23-year old college student, who knew he would have a lot of work ahead of him by the end, SIN asked was it difficult to stay motivated as the campaigning went on?

“Not at all. Because the canvassing was so positive this time around it gave me a good boost. It was more difficult for the local elections, but this time around, every couple of doors you were getting a good reaction from the public which really helped.”

What is the best way for someone to get involved in politics? “If anyone does have an interest, for example, we have a Sinn Féin society in the college that holds several events a week. If they want, they come along whenever they want and get involved, it’s always up on our Facebook and open to everyone. If they want to make a difference and are thinking about it, it is something worth looking into,” he concluded.