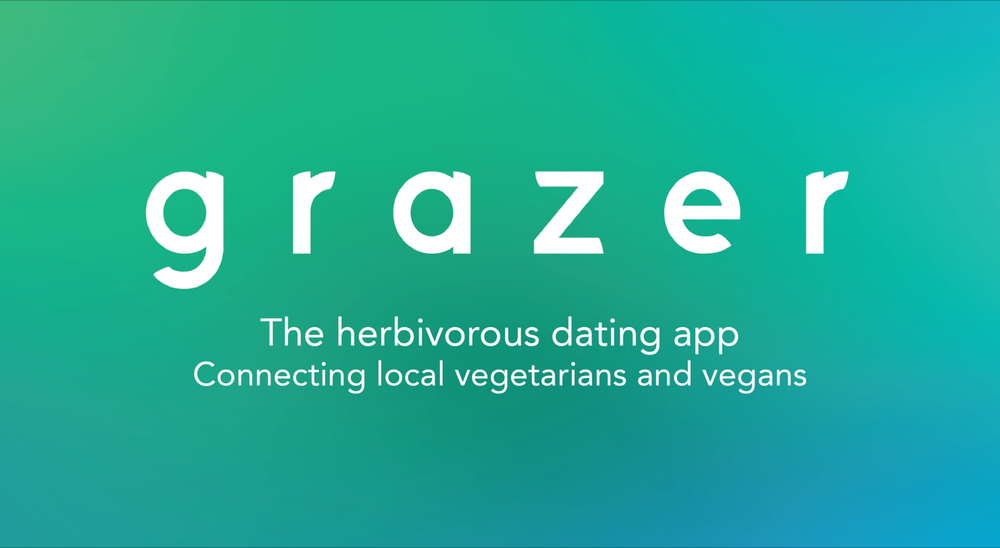 Have you heard of Grazer? No, me neither.

However, Grazer, launched in March 2017, is promising to become a very popular buzzword within conversations in the next few months. Grazer is a self-described “dating & friends” app. However, there’s a catch. Grazer is open only to those with a vegan–based lifestyle, with its tagline reading ‘The Plant-Based Network’. Despite a slow start, Grazier was rebranded and repurposed at the beginning of this year and has gone from strength to strength in the last two months.

Creator Lewis Foster told the Metro earlier this month that the goal of the app was “to be a connector that catalyses action to spread veganism further into the mainstream”, continuing to state his belief that the only way for veganism to truly become universally popular is for vegans to start meeting up and socialising. However, it must be asked, in what manner is veganism being pushed into the mainstream world by this app? While it is undoubtedly a fantastic way to meet other vegans, with the first line of its app description reading ‘Grazer isn’t for everyone’, surely there is also danger of further alienating the general public from the vegan lifestyle?

Veganism, despite being an extremely valid lifestyle choice, has faced a huge amount of criticism and ridicule from the general public since its first flicker of modern popularity in 1960s America. No other food diets, such as those of a vegetarian or coeliac lifestyle, has had joke after joke preformed at their expense. But then again, has any other food diet so extremely separated itself from the general public?

At Dublin Vegfest this year, amongst many great talks, was one entitled “Resolving resentment towards meat-eaters”. Veganism can sometimes seem like an exclusive group, with a sort of ‘either with us or against us’ mindset. This extreme divide is exemplified within media, especially newspapers. Stuck between trying to appease older, more conventional readers while also trying to seem young and with the times, newspapers, such as The Telegraph, end up publishing articles which not only contradict each other, but also add to the vilification each side sees within each other. On one extreme, articles such as “It’s not meat-eaters that need a morality check – it’s vegans” (published last week), and “The rise of veganism threatens to rip out of the countryside” paint vegans as a privileged, semi-militant group out to destroy farmers’ livelihoods. On the other hand, articles such as “I put my dog on a vegan diet – and so should you” and “Five reasons to go vegan, according to science” seem to not just praise, but promote veganism. While seemingly advocating for a vegan lifestyle, media outlets are also simultaneously ridiculing and scorning the lifestyle, and only add to the confusion of attitudes towards vegans.

The general public as a whole are aware of this divide, and with multi-million euro companies and governments weighing in, opposing views are getting more and more distant from each other and crystallising. With most major restaurant lines now offering vegan alternatives, and supermarkets catering to vegan options, veganism has never been more accessible to an individual. However, some believe that companies are taking it too far, with controversial television personality Piers Morgan dubbing companies that provide vegan alternatives as being “PC-ravaged clowns”.

There is definitely a deep divide between veganism and meat-eaters. Will creating a vegan-only app only increase tensions, or will it actually defuse the situation by creating a positive community for vegans? The questions this app raises can also be applied to a wider context. Is it possible to be inclusive to a minority whilst not simultaneously being exclusive to the majority? And similarly, is it possible to take two contrasting views in society, and find a happy medium, or is the best one can hope for an understanding of opposite viewpoints? Either way, Grazer is paving the way for a new vegan experience in the world.