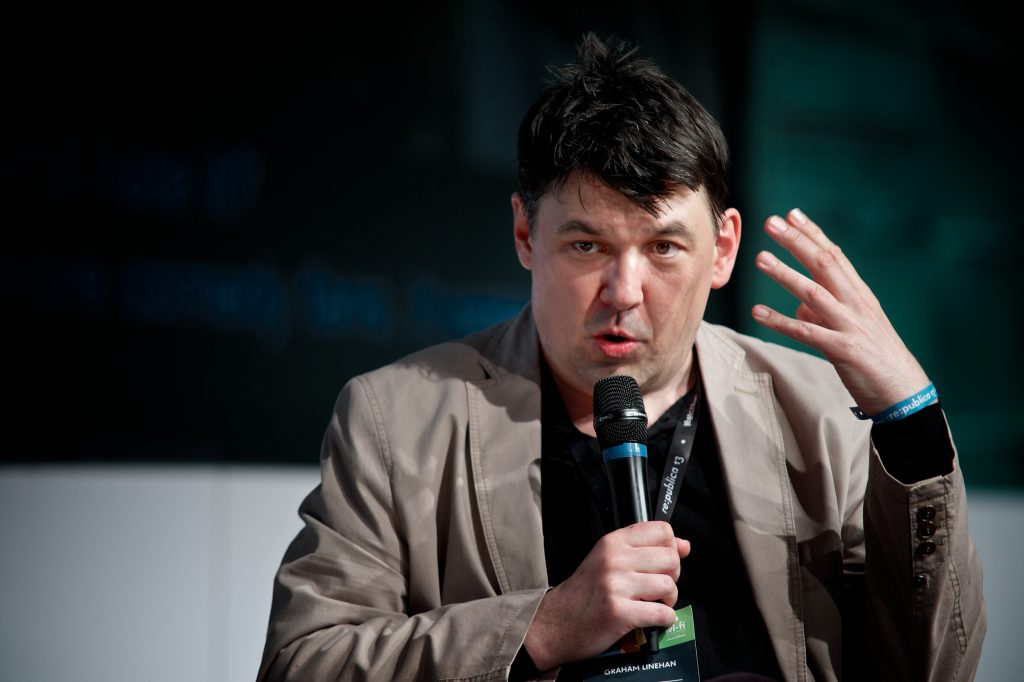 Graham Linehan, the co-creator of much beloved Irish sitcom Father Ted, has recently come under fire for his comments comparing trans medical treatments to Nazi experiments. These voiced opinions, having been condemned for being both transphobic and for trivialising the Holocaust, strike a wholly different tone to that of the light-hearted, priest-oriented comedy show. Yet, both emerged from the same source of imagination and will be tied together in public perception from this point forward. Linehan is far from being alone in stirring up publicity for reasons unrelated to his work, and so it begs the question: how do we reconcile the problematic views of public figures with their works which we know and love?

Social media and the age of the internet have brought an additional element to being a celebrity creator. Artists and entertainers are no longer known primarily through their bodies of work but now can choose to share their day-by-day thoughts with the world, including opinions that may be unpopular or controversial. Ugly, forgotten tweets from years past are often the downfall of the newly famous as they will inevitably be found and hauled back up to the present. This has been enough to end careers, such as comedian Roseanne Barr’s television show being cancelled after a slew of racist outbursts she released over social media. Other artists with problematic views, such as Kanye West’s offensive tweets on slavery, have escaped harsh punishment.

If we are to look back in history, we see that any problematic personal views of artists would not have warranted the same public response as they do today. In medieval times, the work of an artist was regarded in the same way as any other trade, with the artist no more than an anonymous craftsman. By viewing a work of art as a commodity, as this early perception denotes, it is possible to reconcile any uncomfortable feelings towards the artist with the view that their product can be enjoyed as a product of labour unconnected to its creator. The baroque painter Caravaggio, for example, despite his inclination towards crime and violence during his life, saw his career suffer only after committing possible murder. However, the tendency of more recent human history to elevate the artist on a pedestal makes this ability to disassociate the work from the person extremely difficult.

The very compulsion to reconcile problematic views of the artist with their work suggests the constant struggle we have with the realisation that good art isn’t always made by good people – an essential unfairness that throws off our sense of how to handle the disparity between notions of morality and talent. Perhaps this unease is an improved monitoring of who we choose to elevate in our culture. It could be argued that social media has slightly removed the reverence with which artists have been held until now and have made them available to be criticised more freely than was possible in the past. The #MeToo movement is indicative of this and the reassessment of the extremely problematic behaviour, and not just views, of creators that went under-criticised in times past, such as Roman Polanski and Woody Allen.

Whether we can reconcile an artist from their problems depends on how willing we are to separate the individual from their work. This perspective acknowledges that the role of art is not to act as a moral compass but to recognise the flaws of the human experience as well. When one considers the sad and alienated lyrics of the music of The Smiths, it is not difficult to imagine how Morrissey’s anti-immigration views developed from these emotions, even if they are not an excuse for them.

However, perhaps the internal struggle that the public undergo to reconcile these two elements of a public creative figure indicates a positive development in raising the standard of what we expect of an artist’s role.