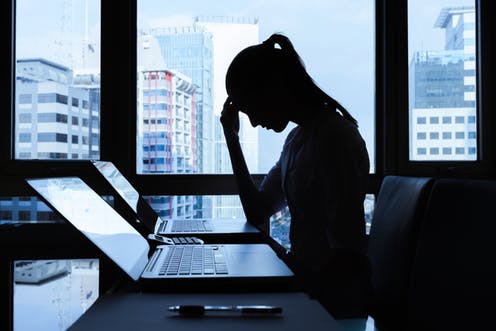 Cyber-bullying. We hear about it often enough with celebrities, but when do we ever hear about it in our own normal world? We see celebrities being targeted online, their clothes being criticised or their love life being exposed when it was supposed to be a secret. These are headlines we are constantly scrolling across on all social media platforms, but we read them and forget about them afterwards. That’s the sad reality of today’s world; to us, it’s just another headline, another tragic story, but it’s something more to other people, it’s their lives that are being published to a worldwide audience. We may think it’s just another article, but we are reading about someone’s misfortune.

Following the recent news of Love Island host Caroline Flack as she took her own life, individuals on social media have been sharing on their timelines the quote “Be Kind”. Cyber-bullying should be treated more seriously nowadays, it needs to be stopped, but how can one possibly stop someone from across a phone or a computer screen? In schools, it is a known obstacle. However, while it may be a known problem, it is usually kept quiet among those that suffer at the hands of it. An article on Independent.ie by Katherine Donnelly stated that the social media app Facebook has agreed to help Irish schools tackle cyberbullies after a compromise was made at a meeting between the senior Facebook executives and officials at the Department of Education. In a study dating back to 2013, a school in the Dublin area was experiencing delays from the app in having offensive material posted about a teacher removed. A second case earlier that year stated the app refused to remove an offensive photograph and text of a teacher at a school in Limerick as Facebook “did not believe it violated its standards on bullying and harassment”. It may have come across as friendly humour for individuals, but for the teacher in question it could have made a big impact on their life. People can so easily hide behind a screen and think that their actions have no consequences, and that is a dangerous false statement. The website ask.fm, for example, has been linked to teen suicides, one of which was a 15-year old from Carrick on Shannon, Co. Leitrim.

The National Association of Principals and Deputy Principals (NADP) conducted a meeting with Facebook officials, with the outcome proving to be a pleasing one, as both parties teamed together to stop cyberbullying. The majority of Irish cyber-bullying cases are connected to those who attend primary and secondary schools, reports of it in third level institutions holds a small number. However, a recent case from 2018 reported that a 21-year old took her own life after years of being cyber-bullied. The article can be accessed on Independent.ie, where the mother of the deceased is urging parents to check their children’s social media accounts. Her family also spoke out about how she made an attempt to take her own life back in 2016 near the beginning of the cyber-bullying.

However, it doesn’t matter whether we are in primary school, secondary school, a university or working in a job, online bullying can happen to anyone. Suffering in silence is not the answer, but if we work together, there is a possible chance that we can tackle this problem. By working together, we must be able to talk to someone if we are feeling threatened online because once you speak out about your story, then others will too. By speaking out, you are helping others to take a step forward, a step they were unable to take alone. We can also help others by reporting any offensive material that is geared towards someone; a friend or a stranger, so that the social media platform can have it removed.