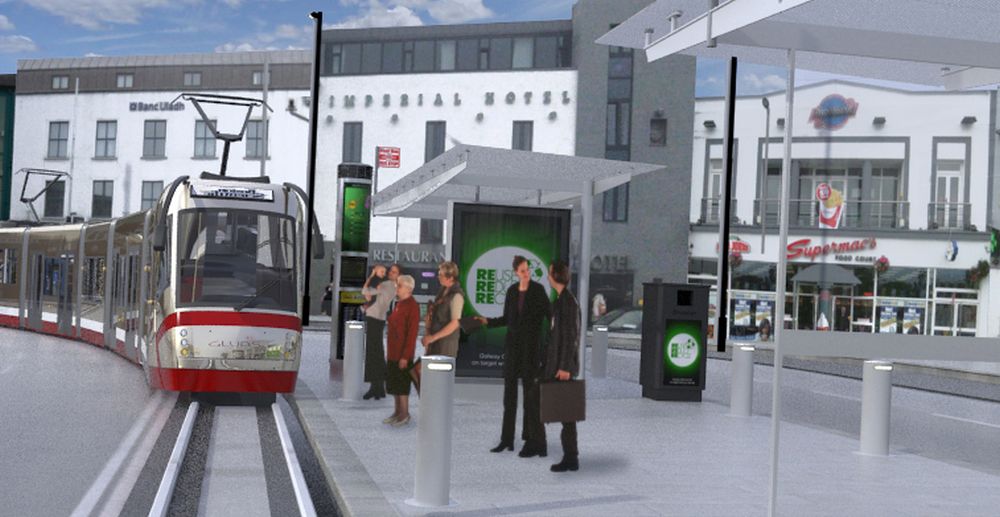 Traffic congestion has been an ongoing problem for Galway city, and the idea of a single tramline going through the city has been touted as a potential solution to the city’s traffic woes. A recent study by Dr Michael McGettrick, from the School of Mathematics, Statistics and Applied Mathematics in NUI Galway, has found that it is more feasible to construct a one–line tram in Galway city to help solve traffic congestion than in most other urban centres. Dr McGettrick’s study was recently published in the International Journal of Public Transport, with the study showing that Galway city’s shape is close to rectangular, with the measurements stretching to 15km from East-West and North-South 5km.

Dr McGettrick believes that it is more feasible to have a tramline in Galway city than any city that is circular. One person is less likely to take a tram ride in a circular city and due to Galway’s shape, it would prove to be very efficient to construct the tram line through the centre of the rectangle, going parallel to the longer sides for Galway East-West. In an article dating back to 2017 by Insider on Galway’s growing traffic problems, the ideology of a “Light Transit Rail” was mentioned. It is predicted by the North Western Regional Authority that the population of the North Western Region of the country is set to rise to one million over the next two decades. Concerns have been raised that a population boom of the magnitude predicted will bring an influx of new workers into the city travelling by car, which will only add to Galway’s traffic problems. Building a light rail network for electric trams is seen by many as a potential solution to the traffic crisis, however, efforts to get the plans on track have been ignored by transport authorities.

The study has argued that tram travel has three basic travel components; getting to the tram stop, traveling on the tram line itself and lastly, getting from the stop to your intended destination. Many trips, which require extensive travel to reach the tram stop itself, have been deemed “unfeasible” by the report.

The construction of a ring road around Galway City has been seen as another potential solution to the city’s traffic chaos, and an oral hearing to discuss the matter began earlier this month. NUI Galway had opposed the planned Ring Road development, as it would have seen part of the Dangan Pavilion removed, but have since dropped their opposition to the road’s development.

Dr McGettick’s work also says that calculating feasibility and infeasibility of Irish cities is simple, as they don’t have a huge variation in population density due to the lack of high-rise apartments. The research has examined the mathematical aspects of feasibility, but other aspects that haven’t been analysed may be important, including environmental, sociological, political and financial.

Recently returned Independent TD Catherine Connolly has been a big promotor of the idea of the proposed “GLUAS”. McGettick’s report has been welcomed by the GLUAS Team, which is advocacy group for the introduction of a light rail system in Galway City, similar to that of Dublin’s LUAS.