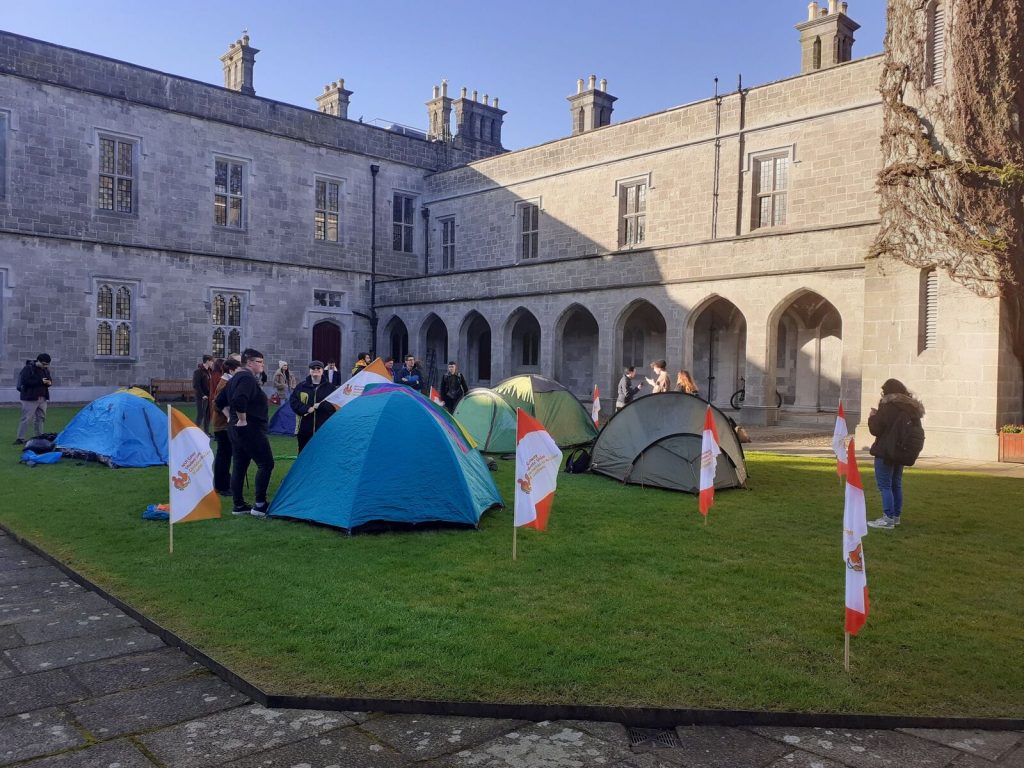 The cost of on-campus accommodation in NUI Galway is set to increase by around 4%, ahead of the next academic year.

The hikes will see the cost of a single bedroom in the recently opened Goldcrest Village rise to €6760 for the academic year, while in neighbouring Corrib Village, the price of a similar room will be set at €5950.

The decision was made by a five-person panel, which included the University’s Chief Operations Officer, John Gill, University Bursar, Sharon Bailey and representatives of Atalia Student Residences DAC (Designated Activity Company), an NUI Galway–owned company in charge of the operation of the University’s student accommodation complexes.

The University has defended the soaring costs, citing increasing operational costs and expenses associated with upgrading and development.

In a statement given to SIN, a spokesperson for the University claimed that their rates were low in comparison to other universities; “The University has a range of price points to meet the needs of a wide range of students, and our on-campus accommodation is among the lowest priced of any University in Ireland”, they said.

Defending the hikes, the University stated that Corrib Village provided a range of accommodation packages, with prices ranging from a weekly rate of €100.80, to €163.50. They argued that this represented an average 3% increase on the previous year and claimed that rates for Goldcrest Village saw a “marginally higher” inflation.

Atalia Student Residences DAC recorded profits of €463,212 for the year ending 31st August 2018, double their return from the previous year.

The University has claimed that “significant investment” has been made into Corrib Village in recent years and said that the development of a new 674 bed facility, due to come on stream in time for the 2021/2022 academic year, will be funded by borrowing.

Although the increase falls within the legal Rent Pressure Zone limit of 4% per annum, the NUI Galway Students’ Union has voiced its strong opposition to the proposal.

She accused the college of reneging on promises it made in their recently launched Strategic Development Plan for 2025, in which the University pledged to create “additional affordable and sustainable on-campus accommodation for our students. Ms Austick added, “We’re very frustrated by the increase of 4%, particularly since the University only launched their Strategic Development Plan externally last month, which included a piece on a commitment to creating affordable accommodation. It says a lot about them that they can’t commit to what they had in the plan”.

Clare Austick met with University President, Professor Ciarán Ó hÓgartaigh, earlier this month, and following discussions, both parties agreed to issue a joint letter to the University’s Board of Directors, condemning their decision. The pair have also requested a meeting with the head of Atalia Student Residences.

A planned relaunch of the University’s Strategic Development Plan, which was to be attended by both Ms Austick and Prof. Ó hÓgartaigh, was cancelled on Tuesday 18th of February. A forum, attended by the University President, where students could express their discontent with the decision, was held instead.

An online petition demanding the rate increases be revoked has amassed over 1,500 signatures online.

Criticism of the University’s decision has come from governance structures within NUI Galway. Eoin Neylon, a former student of the college and current member of the University’s governing body, Údarás na hÓllscoile, has said that he will reconsider his position on the panel should the 4% rent rise be implemented. Speaking to SIN, he criticised the University and described the cost of accommodation as a financial barrier to education; “When I see NUI Galway implementing rent hikes, it doesn’t send out the right signal. My main caveat is the promotion of education. Putting up financial barriers in a time where rents are already spiralling, I don’t think the University should be contributing to this”, he said. “We have a lot of people coming to us who cannot afford third level and these increases will put more pressure on families. €750 a month for a box room in Goldcrest Village is ridiculous and will drive up prices in the private rental market”, he continued.

Newly elected Galway West TD, Mairéad Farrell, also took aim at the decision, claiming that the rising cost of accommodation and high tuition fees are pricing people out of an education. Deputy Farrell stated, “Third level education, particularly in Galway, is becoming increasingly out of reach for many families. The increasingly unaffordable level of rent for student accommodation is a major factor in this. I am very concerned at news that NUIG, along with UCD, DCU, UCC, NUIM, UL and TCD are looking to increase rent in on campus student accommodation by the maximum amount of 12% over the next three years”.

“This is against a background of the most expensive tuition fees in the EU; actively excluding those who do not gave the financial means to access education. Rising rents will only exacerbate that. Many students will now wonder how they can afford to live in Galway or any of our major cities”, she added.

Objections to rent hikes have been commonplace in NUIG over the past few years. In 2018, students demonstrated against Cúirt na Coiribe’s decision to impose an 18% increase on rates. NUI Galway’s Students’ Union took the Terryland accommodation complex to court over the matter through the Residential Tenancies Board but were subsequently defeated.