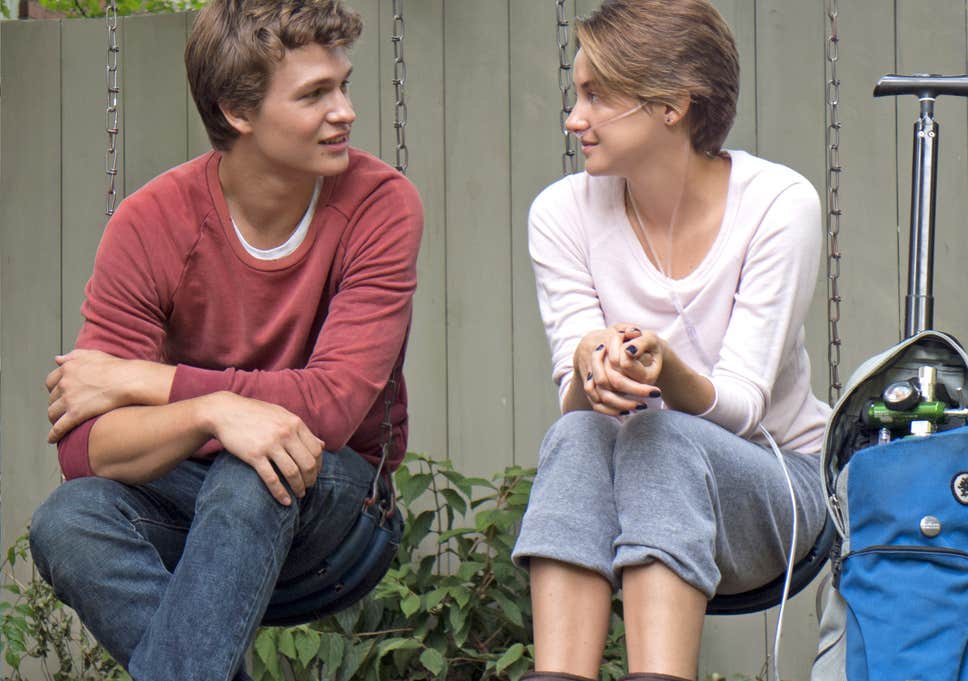 A recent post on Twitter by Jim Pickard asked his Twitter audience, “What movie scenes make you cry?”. The post itself went viral, as people shared it and answered what iconic movie scenes made them cry. Answers flooded the comments section from a worldwide audience, with people sending in GIFs and movie scenes that brought them to tears.

Everyone is different, but here are some of my top movie scenes that have reduced me to tears:

A love story that just wasn’t meant to be, due to an illness keeping them five feet apart from contracting each other’s illnesses. Tears were spilling during the end, where Stella finally got to see her lights with the help of Will, as she wakes up after her surgery. In a heart-breaking speech, we watch Will say goodbye to Stella, how he had no regrets saving her life. As they both press their hands against a glass window in an attempt to touch one another, Will tells Stella to close her eyes as he walks away.

2.The Fault in Our Stars – Gus’s confession and death scene

Another tragic love story that reduced its audience to tears, as the world’s most loved characters shared their pain with us over the screen as they battled with cancer. Tears normally stop a few minutes after a sad scene ends, but all through Gus confessing that his cancer spread all over his body right through to his death scene, the tears just kept spilling with no sign of them stopping.

I may not be the biggest fan of spiders – the fear is real – but this movie restored my faith in creepy crawlies. This scene simply pulled at the heartstrings, as Wilbur desperately tried to persuade Charlotte to come back to the barn, but she wasn’t capable of moving. Tears poured as both best friends, pig and spider, say goodbye to one another.

Sad love stories are a weak spot for a lot of people, but there’s something about when a young child is involved that we feel the need to jump through the screen and give them a big hug. Auggie, born with facial differences, brings us on a journey of how he feels when he attends a new school, and being the only “different” kid in the class, he is subjected to mockery by his fellow peers. The need to hug him is real when he is reduced to tears in a scene where he cries, “Why do I have to be so ugly?” and believes there are no nice people in the world. As he’s such a young child to be crying his heart out over being different, it is truly a scene that everyone should watch.

I know what you’re thinking, isn’t this a horror? It may be classed as a horror, but the end scene really pulled at my heart strings. You can feel Richie’s pain as he cries over losing his best friend Eddie. We have adapted to watching Richie be the “clown” of the group because of his silly comments and extraordinary sense of humour but seeing him reduced to tears over his friend and secret crush’s death welcomed us in to sympathise with him. Cut to the end scene where the Loser’s Club read Stan’s suicide letter, the audience was able to get an insight into Stan’s mind and why he took himself off the board. In the voice over during the final moments we here Stan’s voice change to the voice of the Loser’s Club as they share a few bits of advice to watchers, telling people that it’s okay to be a Loser, I know for sure I’d like to be one.