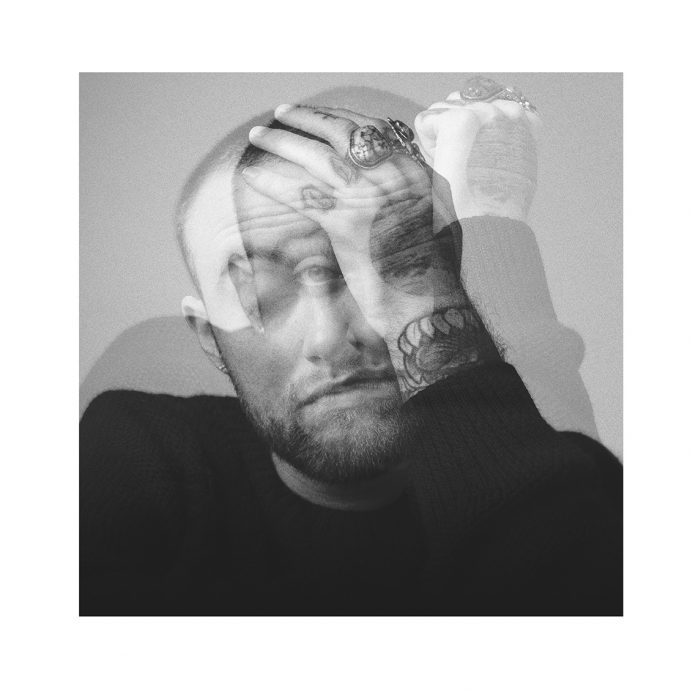 Mac Miller fans were pleasantly surprised on 9th January this year, when Mac Miller’s family released his single ‘Good News’ along with the news of an upcoming posthumous album Circles to be released a week later. The Pittsburgh native passed away in September 2018 and unlike with the death of XXXTentacion and Lil Peep, his label hasn’t attempted to cash in on his passing with thrown together songs bloated with features to fill up the time. Circles was already recorded before Miller’s death as a sequel to his critically acclaimed album Swimming, with a theme of swimming in circles as the albums reflect each other perfectly.

Circles is littered with eerie lyrics of death and struggles with life, accompanied by melancholic, strip-back instrumentals. It’s a far cry from the days of a younger Miller braggadocios, uplifting tunes like ‘Party on Fifth Ave’ and ‘Donald Trump’ and definitely not your conventional rap album, as Miller sings in his own unique, raspy way to convey so much more emotion than any other artist could.

The album begins with ‘Circles’, a stripped-back song where Mac begins the album as he means to go on. He talks about the many troubles he goes through, including depression, anxiety and drug abuse, as he feels he is living his life in a constant cycle over and over again. This mood is changed with more up-tempo soul beats in ‘Complicated’ and ‘Blue World’. In ‘Blue World’, Miller samples the Four Freshmen’s ‘It’s a blue world!’ from 1950 and actually begins to rap on this song (Miller had only sung up to this point). He speaks of the ‘devil tryna call him’, which may leave listeners uncomfortable, but this is the main theme of the album.

The leading single ‘Good News’ is my highlight from the album, as Miller dejectedly sings over a simple chord progression weaved into the background, with his voice taking centre stage. He speaks of how everyone only wants positivity and he has to try to suppress his negative feelings with drugs in the lyric, “No, they don’t like it when I’m down, But when I’m flying, oh”. This is by far one of the toughest songs to listen to for Mac Miller fans, as there is such an intimacy in the track, with Miller losing hope and now that we know his fate, it is very saddening.

The album continues to the halfway point, where Mac does a cover of Arthur Lee’s ‘Everybody’s gotta live’ in the piano ballad of the album. Miller does the song justice, as he performs brilliantly with more intimacy and emotion.

In my opinion, the second half of the album slows down compared to the first half and there aren’t as many highlights, with just more of the same melancholy, stripped-back beats, along with more lyrics of struggling and loneliness. Songs like ‘That’s on me’ and ‘Hand me downs’ convey his mental health and he eludes to his death again when he says “I’ll let it go” and “don’t wait around”. The only feature on the album comes on ‘Hand me downs’, from Australian artist Baro Sura on the chorus.

This album is good, really good, and it’s even more upsetting thinking that we will never get to see how Mac would progress from this if he was alive today. The production is second to none and Miller has truly transitioned himself from a radio-friendly pop rapper to a moody, groovy artist. The album flows so smoothly from one song to another and doesn’t lose the feeling of seclusion and intimacy. I would give it about 8/10.