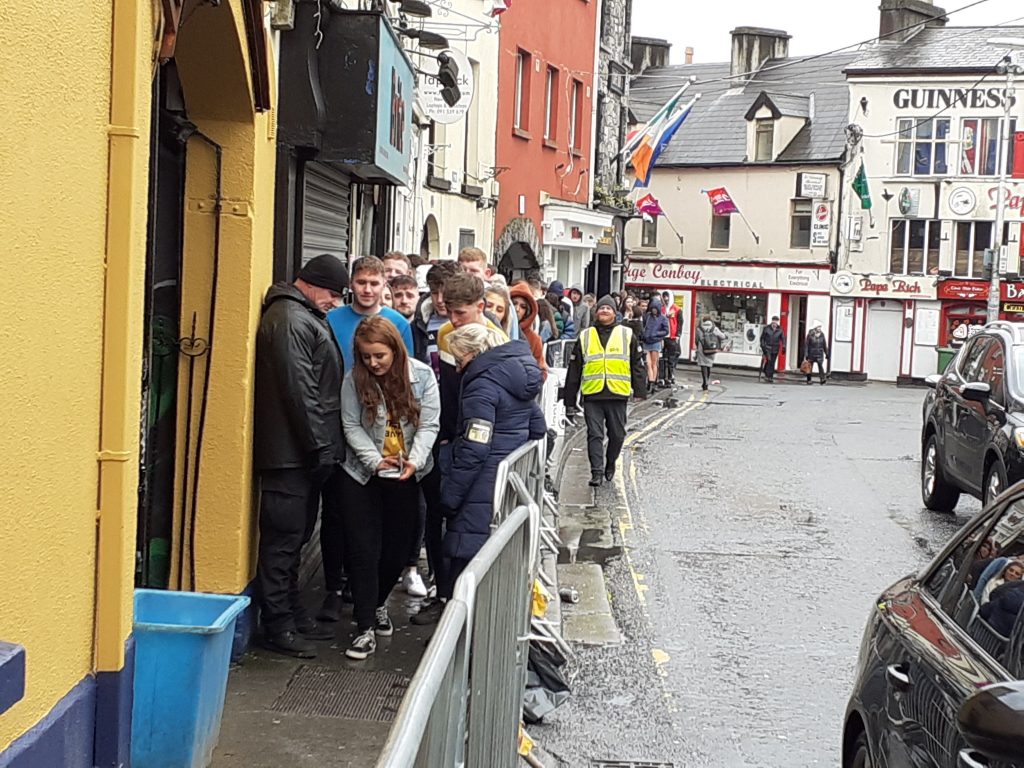 The notorious ‘RAG’ week made its 2020 debut on the 10th of February in Galway.

‘RAG’ week (‘Raise and Give’ week) is officially meant to be a designated week in which events take place for students each day of the week to fundraise for charities. It occurs over different weeks in various colleges across the country. Generally, students partake in an excessive consumption of alcohol over the week’s period, contributing to a general party atmosphere for the universities involved.

‘RAG’ week has not been an official NUI Galway event since 2011, when it was banned following arrests of students and damage to property. It has been slammed for coinciding yearly with excessive consumption of alcohol and illegal substances. The former Students’ Union President Emmet Connolly said in his statement on the proposal to remove ‘RAG’ Week that “RAG Week has descended into a week-long embarrassment to the University and an embarrassment to you – the students”. In return for abolishing ‘RAG’ Week, the University promised to increase funding for other student initiatives.

The decision to ban ‘RAG’ Week did not dispel the tradition of drinking alcohol, although it now comes without fundraising for charities. Yet, since its abolishment, some argue that the consequences of the week have gotten worse. In 2019, ten arrests were made on ‘Donegal Tuesday’ alone, according to MidWest Radio.

Owen Hanley, a Social Democrat and Galway City East Councillor, said when speaking to SIN that “RAG Week should be officially reinstated by the Students’ Union.” He argues that ‘RAG’ Week has negative consequences, yet we should combat this by regulation, not by banning it.

Cllr Hanley doesn’t deny the carnage that comes from the week of student drinking, yet he argues that we are not looking at the right solution. “Any excessive consumption of drugs and alcohol obviously encourages bad behaviour. However, I think we need to have a proper discussion around drugs and alcohol and not just with students, they’re just part of the wider tradition that has been in this country for years”.

Galway’s nightclubs and bars were, once again, packed with students and more Gardai were deployed to the city for the week. The Hole in the Wall pub, which has become a hub of student drinking during ‘RAG’ Week over the years, especially on ‘Donegal Tuesday’, has seen a recent change in ownership. The new management were keen to reaffirm their commitment to the safety of participants of the week-long drinking fest. “Our first priority is people’s safety. We aren’t running any drinks promotions this year. There is a cap of three drinks at a time when you’re at the bar and everybody gets a bottle of water on the way in”, said a member of the pub’s management.

The Hole in the Wall receives notorious attention every year for the photos of students queuing up outside to gain entry. Keeping in touch with its “raising and giving” traditions to which ‘RAG’ Week in itself owes its name, COPE Galway were also present at the head of this year’s long queue, collecting money at the doors for a good cause.