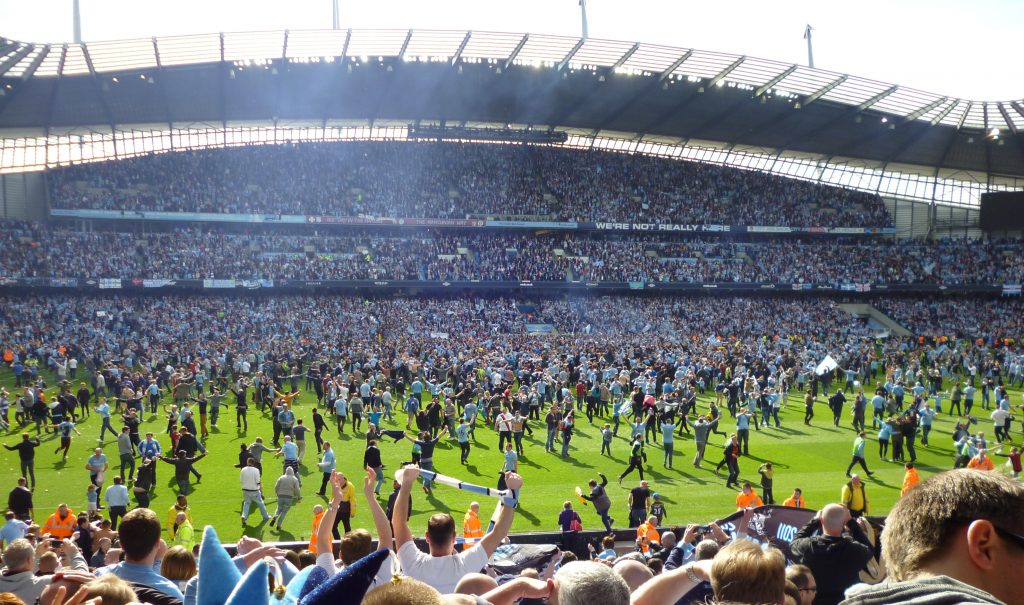 In a lot of ways, the decade of the 2010s defied all conventional logic – as the world, in many ways, crumbled around us in ways that we could barely believe, sports defied convention time and time again. I can’t think of a decade where so many championships were decided in the dying moments of a season, where movie scripts would not have done justice to the drama that happened in the arena of battle. As a result, getting this list down to only 5 was tough, but here are my personal favourites.

It was fitting that one of the most iconic NFL plays of all time capped off what, at the time, many saw as a clash of the NFL’s past and future dynasties – the Patriots’ time-tested combination of Brady and Belichick taking on Pete Carroll and the Legion of Boom – the loudmouth, in-your–face defensive core that the Seahawks had built off of to claim Superbowl 48 the year before.

Down by 4 points with two minutes and change to go, the Seahawks had to score a touchdown to retain their title. A phenomenal drive deep into Patriots territory included another one of the craziest plays I have ever seen, as Russell Wilson slung a deep ball to wide receiver Jermaine Kearse, who despite having two Patriot defenders all over him and having the ball tipped somehow managed to haul it in to give the Seahawks 1st and goal.

But instead of handing the ball to star running back Marshawn Lynch at the 1-yard line, the call to throw in an attempt to bluff the Patriots out didn’t work, as undrafted rookie Malcom Butler made a fantastic play to pick Wilson off and hand Tom Brady his millionth Superbowl ring.

You all know the story – all Manchester City had to do was defeat relegation candidates QPR at home to secure their first Premier League title over their bullying bigger brother, Manchester United.

But with 91 minutes gone, despite QPR being down to 10 men, City were 2-1 down, before Edin Dzeko’s oft-forgotten equaliser and then Sergio Aguero bagging what I’d argue is the most iconic Premier League goal of all time – one that spawned Martin Tyler’s iconic commentary line, and a moment of ultimate glory for Manchester’s perennial whipping boys.

Before 2016, the history of major sports in Cleveland was one of constant disappointment. Be it the Browns firstly being sold off to Baltimore before their reincarnated version becoming an NFL bottom-feeder for its entire existence, the Indians always falling just short in the MLB or the Cavaliers doing a mix of both in the NBA, the city of Cleveland was notorious as a city that had no teams that could ever get it done when it really mattered.

Down 3-1 in the 2016 NBA finals to the Golden State Warriors, it looked like the Cavaliers would continue Cleveland’s most valued sporting tradition – until hometown superstar LeBron James inspired a Cavs fightback to draw the series to 3-all and force a game 7.

I’m sure you’ve all seen the GIF even if you aren’t a basketball fan – with a minute to go and the lead bouncing back and forth between both teams, LeBron James springs into action to block a fast break layup from Andre Igoudala – a block that allowed the Cavs to go down the court and score – which would secure the first championship for any team in Cleveland in over half a century.

It would be remiss of me not to include perhaps the greatest upset in modern sporting history here – Leicester City went from 5000-1 odds and one of the relegation favourites in pre-season to putting together one of the most remarkable team efforts anyone has seen in any sport, as they lost only three games and won the title with games to spare as they defeated the billions held by England’s footballing superpowers through sheer grit and determination under Claudio Ranieri.

Liverpool welcomed Barcelona to Anfield just a few short weeks after taking a 3-0 drubbing at the Nou Camp at the hands of Messi and co, and while few expected Liverpool to simply lie down against their Catalan opposition in their home leg, it would have been understandable, considering the titanic title battle they were engaged in with Manchester City, and the fact that they were missing two of their biggest stars in Roberto Firmino and Mo Salah.

As they always seem to have a habit of doing on European nights at Anfield, though, Liverpool came through with one of the greatest comebacks in footballing history to win 4-0, capped off by an ingenious quick corner from Trent Alexander-Arnold to Divock Origi that made one of the most famous teams in the world look like a Sunday League outfit for a brief moment in time.