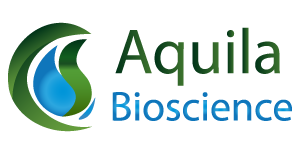 An NUI Galway–based company is leading the charge against the Wuhan Coronavirus epidemic.

Aquila Bioscience have developed nature–inspired wipes and masks which could potentially be used catch the contagious virus. It is hoped that the new technology can be used by front line personnel and civilians at risk of contracting and transmitting the deadly virus.

The NUI Galway start-up has developed a chemical-free strategy, which removes bacteria viruses, fungi and other biological toxins from surfaces in their attempts to combat the virus and their research has seen positive results during lab testing.

The new technology, which has been funded by the European Defence Agency, has been under development for nearly two years and aims to not only remove potential toxins from surfaces, but also trap them within the material, preventing the virus from spreading. The non-toxic material can also be used on human skin and wounds.

Since its outbreak early in the new year in the Chinese city of Wuhan, the Coronavirus is believed to have infected almost 5,000 people worldwide having spread to 18 different countries, killing over 100.

Describing the potentially lifesaving innovation, Co-Founder and director of Aquila Bioscience Professor Lokesh Joshi, has compared the new material to Velcro, catching potentially infected cells before they spread: “What we have developed is like a living Velcro at nanoscale. All cells are coated with proteins and complex carbohydrates. Every cell-to-cell relationship is ruled by interactions between these carbohydrates and proteins. We are tapping into this interaction by infusing our wipes with specific proteins and carbohydrates to which the pathogens bind – and stick”, he explained.

The chemical–free approach is innovative in its own regard, given that most decontamination strategies include artificial chemicals such as bleach and hydrogen peroxide. These solutions destroy the harmful agents, but they are toxic, and unsafe for human consumption. Added to this, the use of such solutions can lead to recurrent infection, while the destructive nature of the chemical means no forensic evidence is left behind.

Aquila Bioscience claim that their new, completely biodegradable innovation can deliver safe and effective decontamination of infections that can be used safely and regularly on sensitive areas of the human body, such as the eyes, nose and skin. Other chemical–based methods, they claim, can cause skin reactions or are completely unsafe.

It is hoped that the Galway–based company, in collaboration with its partners in the Irish Defence Forces, can help in the fight against biothreats. Their collaboration with such organisations has helped spread their influence to a more global scale, having come to the attention of other national and international security and humanitarian agencies, who have expressed strong interest in using the technology to protect first-responders and affected people.