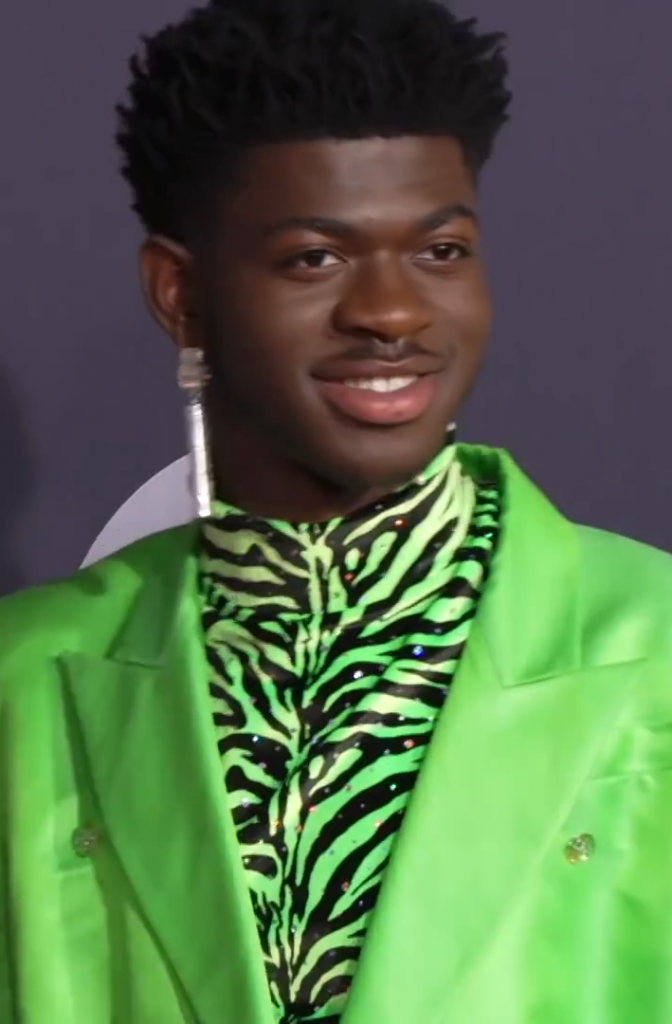 Your family loves it, your friends know all the words thanks to countless memes, and don’t deny you sang along more than once or twice! Rapper Lil Nas X’s colossal hit with its genre-defying, cowboy-centric tune serves as something of a cultural marker, highlighting the stubbornness of a younger generation when faced with old prejudices. After the song’s removal from Billboard’s Hot Country Chart for ‘not [embracing] enough elements of today’s country music’ (Translation: How dare you desecrate country with your hedonistic, urban beats!), the big guns swooped in. Mr. Achy Breaky himself, Billy Ray Cyrus recorded a remix with the young artist, as though daring anyone to say that the song was not ‘country’ enough, and the rest is history.

Aside from becoming the longest-running number one in US chart history and making Lil Nas the first openly gay black musician to receive a CMA Award… let’s just admit it, ‘Old Town Road’ is a bop. Think we can predict the horses in the back to be at the forefront of every wedding reception playlist alongside ‘Uptown Funk’ for many years to come.

Who could have predicted that one of the most controversial and divisive mainstream films in years would have come from the same studio that gave us Suicide Squad? This tenacious retelling that gives a name and harrowing origins to the elusive clown prince of crime struck a chord with audiences. Its harsh depictions of mental illness, a disillusioned public growing increasingly frustrated with society’s elites, and a quest for one’s own identity in a world of conformity hit a little too close to home for some and is as discomforting as it is captivating.

With its sympathetic protagonist finding meaning in his life by turning to murder, many critics feared Arthur Fleck’s story echoed the crimes of mass violence committed by similarly struggling young men in recent years, encouraging others to follow suit. But Joaquin Phoenix’s career-defining performance instead serves as a haunting cautionary tale for the modern age.

Honourable Mentions: ‘Once Upon A Time In Hollywood’, ‘Midsommar’

When Matty Roberts created the Facebook event titled ‘Storm Area 51, They Can’t Stop All of Us’ last July in a joke bid to prove extra-terrestrial life was present at the secretive Nevada military base, it’s unlikely he imagined the enormous response that would follow. Months of in-jokes about Naruto running, copycat events in support of social causes and warnings from the US Air Force itself led to over 3 million people signing up to go see them aliens. While, sadly, what was starting to look like a plausible protest against government secrecy turned more into a festival in the desert attended by (a still impressive) 1,500 people, at least everyone had fun, and no one got shot. Who knows, perhaps this year the event could expand into a conspiracy theorist’s answer to Coachella? Let’s make it happen, internet.

So, what did you accomplish last year? It doesn’t matter, because 16-year-old Swedish environmental activist Greta Thunberg is putting us all to shame with her achievements in the past 12 months. With her ‘School Strike for The Climate’ movement and passionate campaigning across the globe, Greta has reinvigorated her generation and beyond to hold those responsible for the destruction of our planet accountable, and to make changes in our own day to day lives.

Nowhere is this devotion to saving our planet in the face of corporate greed more evident than at her address to world leaders at the United Nations Summit last September. Her eyes brimming with tears of frustration, Greta does not mince her words as she tells a room of powerful figures that that the time for talking is over.  Chin defiantly up, she announces ‘You are failing us. But the young people are starting to understand your betrayal’. These words and her relentless devotion to the cause has made her a role model worldwide, with many no longer waiting to see what she will do next to change things but joining her in making change happen.

Honourable Mentions: The End of the ‘Avengers’ Saga, The First Black Hole Picture